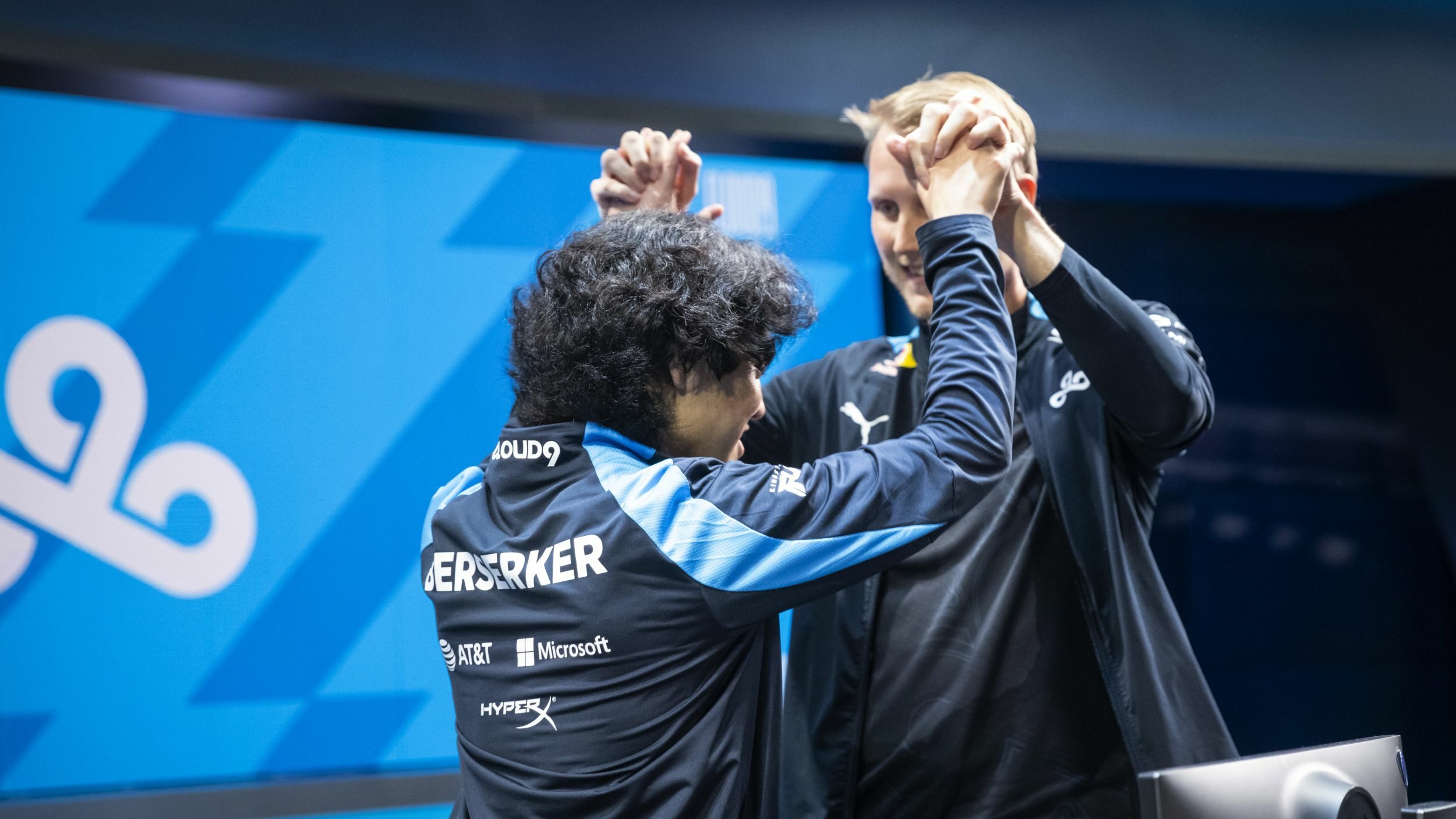 Another week of clown fiestas

The sixth week of the 2022 LCS Summer Split is over and it didn’t exactly get us closer to knowing who the best team in North America is.

In true LCS fashion, this week brought some bonkers games and some spicy upsets. It was all kicked off with a beautiful pentakill delivered by Cloud9, and from that point, the weekly shenanigans began.

Fans got to see some favorites take the win this week, getting themselves closer to locking in playoffs. With that said, we also saw some upsets; which means that the standings are still extremely close. Evil Geniuses and 100 Thieves are looking to claim the top, but don’t be fooled, these teams can easily drop games.

Berserker carrying Cloud9 in style, slowly climbing to the top

It didn’t take long before the first notable thing of the LCS week happened. In fact, it only took the first game where C9 took down FlyQuest in what turned out to be a banger for C9 bot laner Kim “Berserker” Min-cheol.

The mechanically-gifted bot laner got his hands on Zeri for the game and that already was enough to expect crazy things to happen. After building up a lead for the entirety of the game, Berserker got to harvest his gains in a team fight after 21 minutes.

Initially, it looked like FlyQuest found a favorable fight, but that was just until Zeri happened. In a way that only a broken champion like Zeri can, Berserker found his angle to dish out unrealistic damage and clean up the FlyQuest opponents while staying slippery and safe. One by one, Berserker racked up the kills, resulting in five total.

No surprise that NA loves Zeri so much when stuff like this happens.

Top lane continues to be weird in LCS, does the performance even matter?

What isn’t isolated to one specific game this week but instead several is how the top lane in the LCS continues to be a weird place. First of all, the LCS top laners keep performing inconsistently but it doesn’t seem to ever matter if someone runs it down.

The first example of this is Team Liquid’s Gabriël “Bwipo” Rau, who had a horrible game against TSM on Gangplank. The star player managed to die five times during the game, but it didn’t matter at all. While Bwipo played grey screen simulator, the rest of Liquid cleaned up TSM on the rest of the map and took home a comfortable victory.

Almost right after, fans got to see another example of how top lane performance doesn’t seem to matter in the LCS. In Evil Geniuses’ win against Immortals, the team managed to win despite playing 4v5. The reason for that is Jeong “Impact” Eon-young running it down on Gwen to a 1/8/4 scoreline. Did it matter? Nope, EG still won somehow.

You guessed it, anything can still happen in the LCS

What can we conclude from this you may ask? Well, the LCS is still the wild west where the craziest things happen. This will make up for some great last weeks before the playoffs, as we are currently seeing a close race for seeds 3 to 6.

Keep a close eye on Liquid and C9 especially, who are currently tied for third place with an 8-5 record. Despite a bumpy road for C9 recently, this rivalry seems to be back on track.

Teams out of the top 6 are definitely falling behind, with Golden Guardians, Immortals, TSM, and Dignitas all looking in a rough spot to make playoffs. Even if they don’t get top 6, they could still be the ones to spoil the teams at the top.

At this rate, it’s hard to figure out if the LCS teams are playing good League of Legends overall, or if they will all get roasted at Worlds. Who am I kidding, of course, the answer is still roasted.