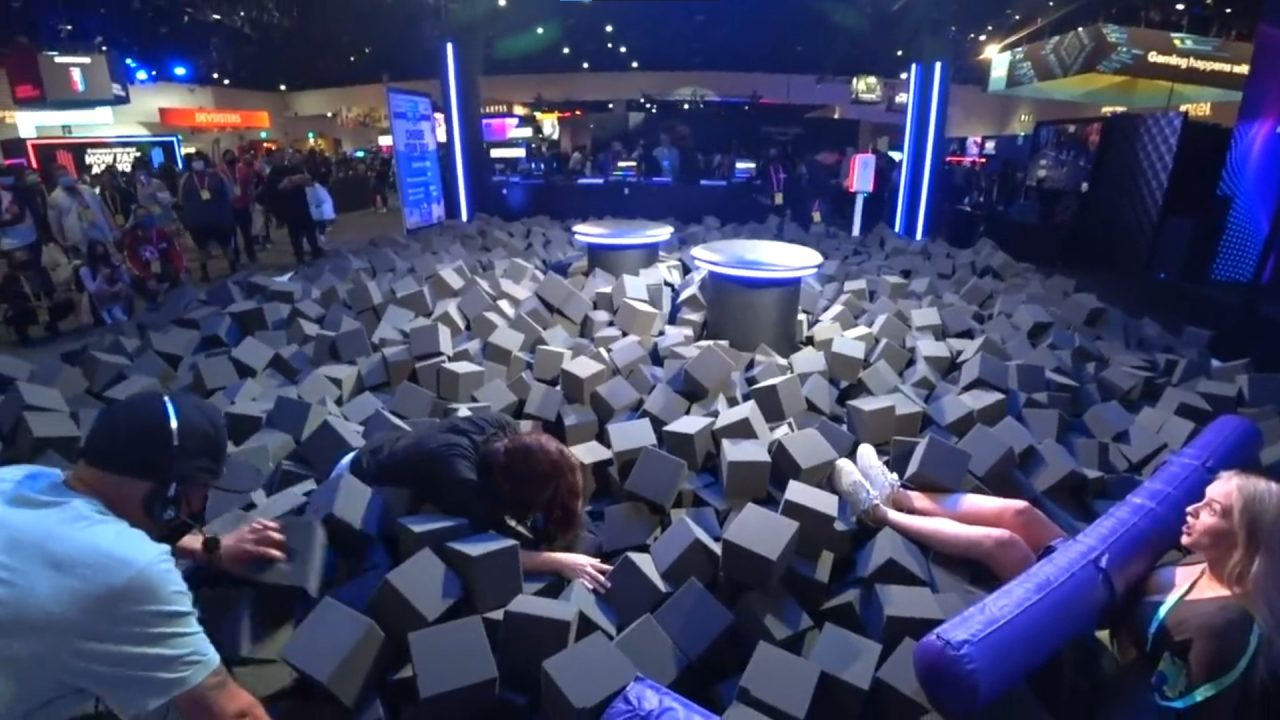 Among the normal drama coming out of TwitchCon, we had some high-profile injuries to some of the attendees – the most notable of which was to Adriana Chechik in the TwitchCon foam pit.

Chechik had to undergo surgery to repair a broken back she suffered after jumping into the foam pit to celebrate her win.

Many onlookers assumed that this was a freak accident, but a new analysis of the state of the foam pit suggests otherwise.

The TwitchCon foam pit: worse than we thought

YouTuber Josh Strife Hayes, who typically covers MMOs and RPGs on his channel, took a break to discuss Chechik’s injury during one of his recent streams.

Interestingly Hayes has experience with foam pits as a result of his background working at a trampoline park.

According to Hayes, professionally-run foam pits have ample protection and take extra steps to ensure that everyone is safe. His characterization of the TwitchCon foam pit was, “Two foam blocks on top of concrete.”

He went on to explain that – even though the participants signed waivers – waivers don’t protect companies from negligence.

Adriana Chechik hasn’t made any indication that she’s planning to sue, but it appears as though she might have a case.