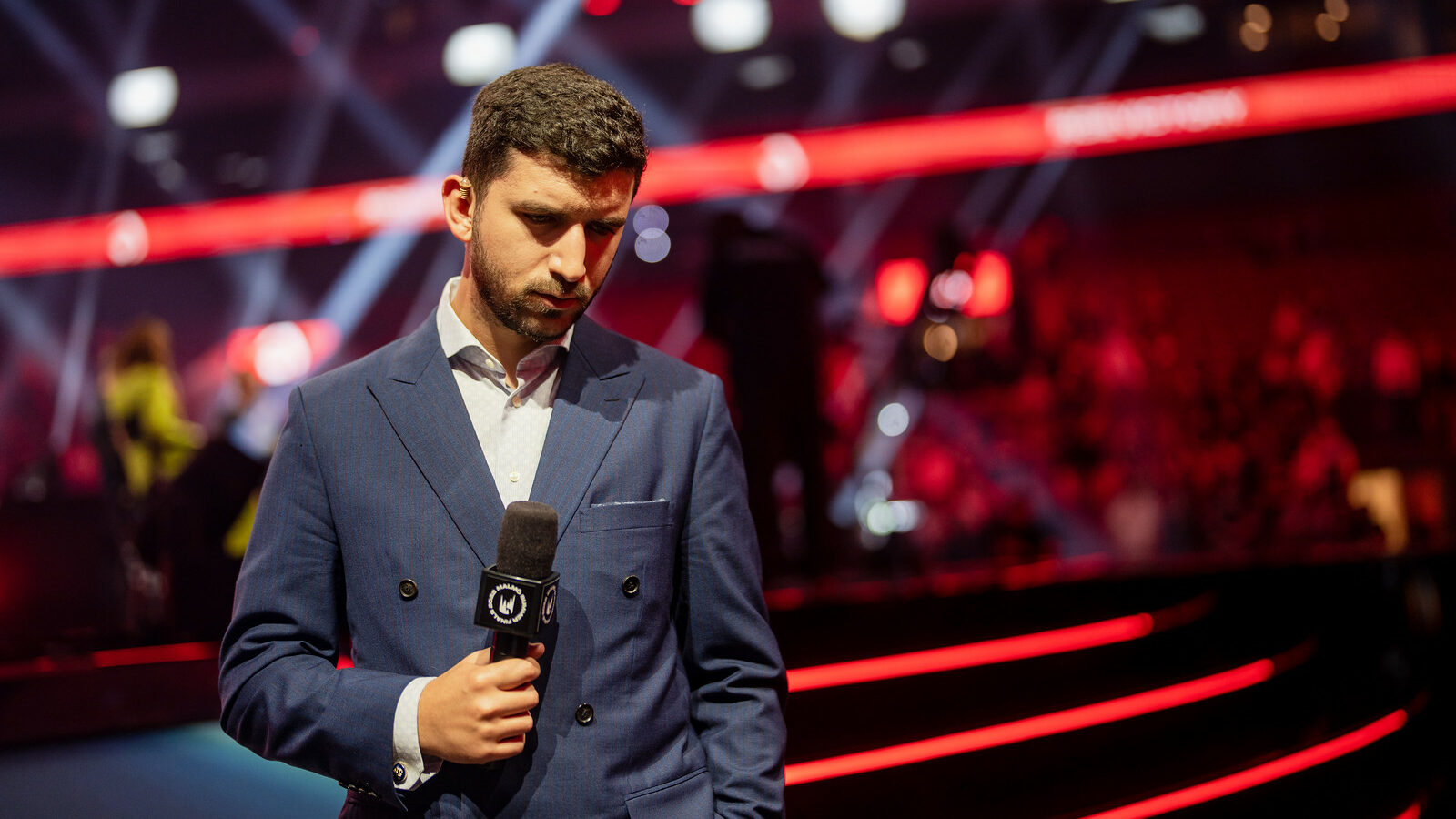 Another trophy-less season for Fnatic

Despite coming in as a favorite in the semifinal of the 2022 LEC summer split, Fnatic, head coach Jakob “YamatoCannon” Mebdi, and the team’s fans were left shell-shocked by Rogue’s preparation and ended up losing the series.

Fnatic had a dream start, as Game 1 was the Humanoid show, and everyone in the Malmö arena thought that the result would be a clean 3-0. However, Rogue had other plans prepared, and they were warming up.

It wasn’t even close for the rest of the games: Rogue scaled throughout the series. They looked unbeatable, and many were left wondering: What happened to Fnatic?

Rogue looked like the better team today, and everything is due to preparation. Despite “rumors” of them losing every scrim since the regular season, Rogue showed their ultimate form today and outclassed Fnatic. Everything comes down to preparation, which Rogue did better.

Following the loss, Fnatic’s members gave a press conference; and when asked about what went wrong, YamatoCannon gave the following answer:

“I think Rogue did their work. They managed to play better than expected. We came to the series, being ready for the best version of Rogue. It was some minor mistakes that [cost] us a lot in the drafts that we were playing and when the game was on a knife’s edge, we didn’t have the tools to push ourselves in positions where we could come back in the game. Coming in today, we felt confident, but we fell short.”

The season is not over for Fnatic: Worlds 2022 is still on the line

Despite their elimination in the 2022 LEC summer playoffs, Fnatic’s season is not over. The team will start its Worlds 2022 journey from the Play-in stage, which might be the best opportunity to fix their mistakes.

However, their journey won’t be easy. Royal Never Give Up and DRX will also be in the Play-in stage, and they might prove problematic for Fnatic.

When asked how the mistakes can be fixed, YamatoCannon answered as follows:

“Honestly, it’s a mix of everything. From the drafts, we need to figure out what our meta will be and then we go from there. Maybe with the things from today, we will learn as much as possible, or maybe the meta will be so different that they don’t apply.“

“I think fundamentally, there are some basics that we can always improve on, but that’s the case for everybody. It’s a very generic answer: we have to see how the meta evolves. Maybe we have to see Maokai, or pick it mid. Doinb played it or some sh*t. If that is the case, then we have to adapt to that, and everything is going to be different. Who knows, I haven’t read the patch notes yet.”