The Clutch Minister is staying at Astralis!

Of course, Xyp9x has been there and won it all, great clutcher yada yada, I've heard it all. But scratch a little deeper than surface level and you'll see some uncomfortable truths.

Astralis do not have the star power that's required around Xyp9x and re-signing him cuts into the budget you'd have to find a star, and unless you manage to convince dupreeh and Magisk to stay you're not keeping the winning core regardless - only the 'fifth' man and the IGL.

Pretty much everyone knew that Xyp9x was dead-set on leaving, so what changed? Are they all going to stay because someone left who was making life difficult? Has gla1ve changing his mind changed the situation?

Possibly, but also Xyp9x will be making bank. I've been to Subways with less bread than Xyp9x just secured for himself. Four years of what we can only assume is a VERY solid wage will now be secured for Xyp and his loved ones, and there's no way that this saga hasn't made Astralis fork out more than originally planned.

Xyp9x could - and almost certainly would - have tested the waters and tested his value. He now knows what he could be paid; but the truth is his reputation is more than his value. The best fifth player in the world is *still* just a fifth player - he isn't a superstar, he's just a glue player. Well, a superglue player. He's very, very sticky. 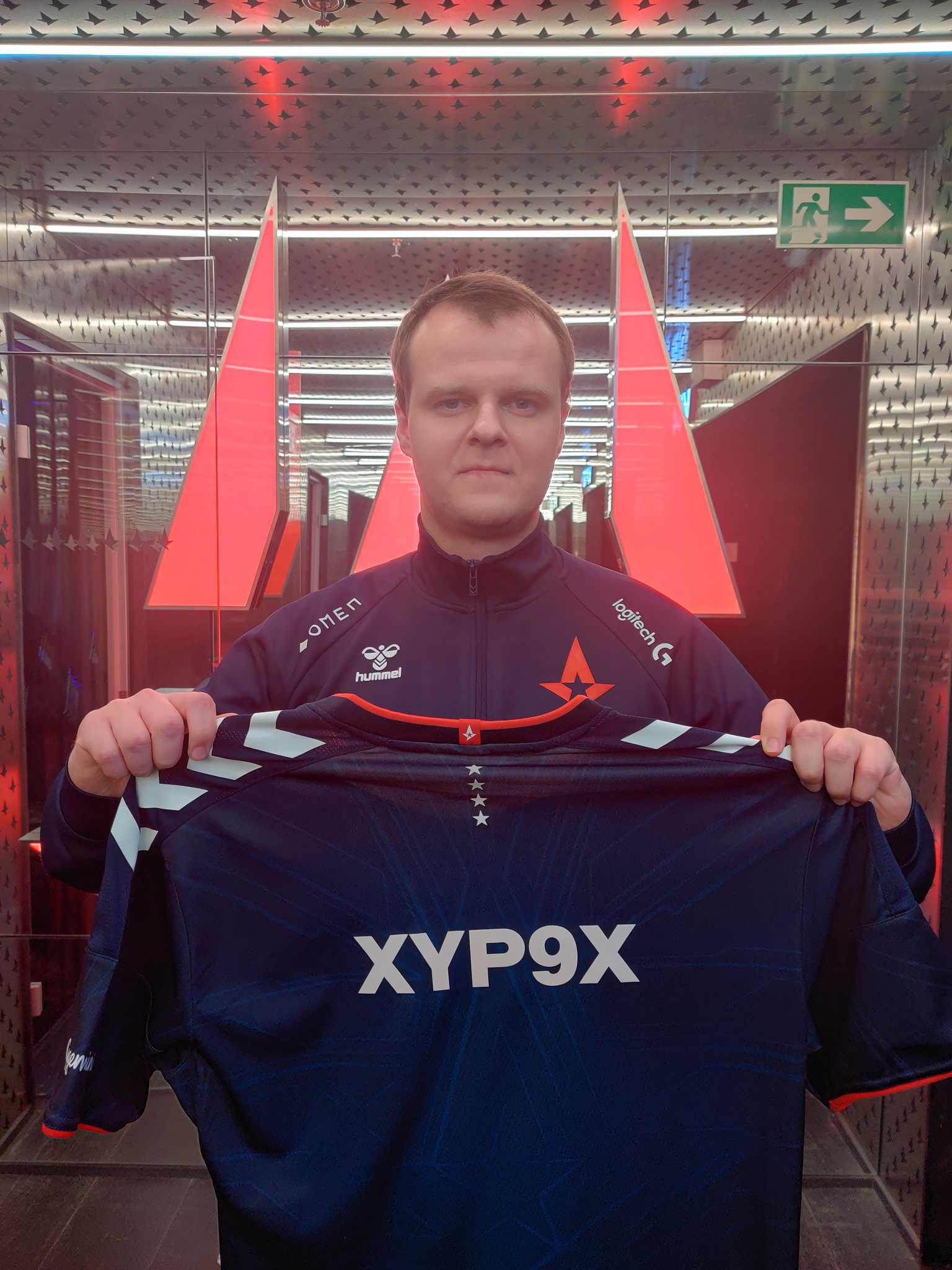 I literally cannot drop this shirt. It is stuck to my hands.

For Xyp9x, he gets to stay at a team that he's made his name and career with; never testing himself outside of it, and only waiting 'til he's over the hill to ruin his hero status at the team.

Remember when GeT_RiGhT stayed too long? See how JW has lived long enough to see himself become the villain?

You're only going to tarnish your own legacy by staying too long, and it's pretty unlikely you're going to become the best again without device (though k0nfig is really good, he's not quite at that level). What is there to gain? It's comfortable, you're making money, you're with your friends  - but that's it.

Astralis pay money for a player who kind of wanted to leave, who was possibly the least important part of the team, and who is getting a long contract at 26. Xyp9x gets the chance to play for a weaker Astralis, not test himself, and ruin his reputation.

And poor Bubzkji gets shafted once again.

Oh well, at least we have another jersey a year after the last one. Guess you guys really need the money now.