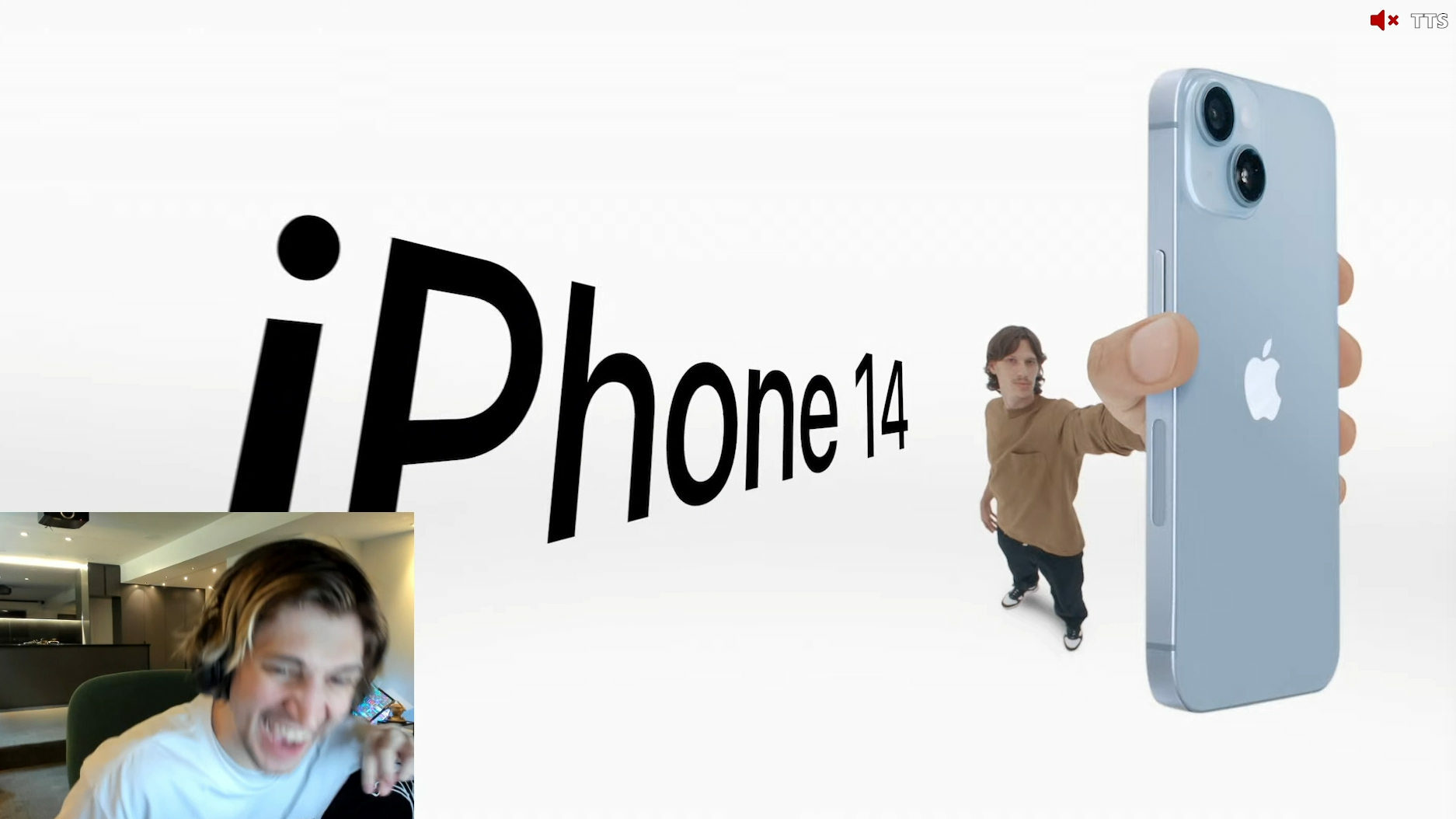 Did Apple use the n-word?!

When Apple did the iPhone 14 Pro and iPhone 14 Pro Max release video, the famous Twitch streamer xQc was live streaming the event on his Twitch channel.

But it seems like the iPhone reveal video, especially the music, confused xQc.

Apparently, the word “bigger” came across as the n-word, which confused xQc and his Twitch chat:

iPhone 14 features an A16 Bionic chip that saves energy and camera performance. It is a 6-CPU that apparently uses 20 percent less power.

The iPhone is the first phone with a 48-megapixel camera sensor – previous iPhones had a 12-megapixel sensor. The ultra-wide main camera features a Quad-pixel sensor, f/1.78 aperture, and 24mm focal length.

The phone has an upgraded Flash function and apparently is 3x better in low-light conditions.

Video recording is shot in 4K resolution at 30 fps.

Apple is also introducing a feature called “Dynamic Island”. The iPhone 14 display size is 6.1 and 6.7 inches. The front has been adjusted with an oval cutout that features the camera, Face ID, and flash:

Animations such as notifications will now play around the front page’s cutout. The goal is to make it look like the notifications are “popping out” of the front notch e.g., when you’re playing music. This feature is called Dynamic Island.