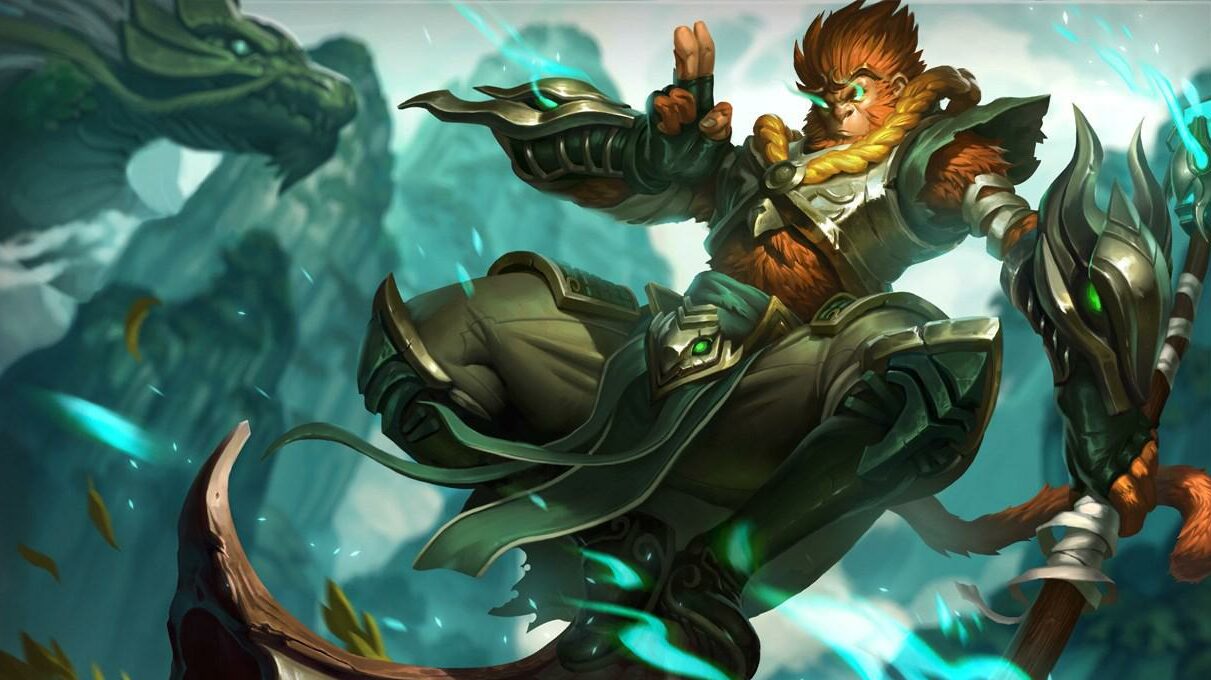 There hasn’t been a 2022 LEC Summer Split game without a little bit of Wukong.

With three full weeks of the regular LEC summer split in the books, Wukong is yet to miss a draft. He is the only champion in the LEC with 100% pick/ban presence, with 18 games played and 17 games banned.

Yuumi is closely zooming behind the Monkey King, with 97% pick/ban presence. Unlike Wukong, Yuumi is generally banned because no one wants to face the headache of going up against her: she was picked six times and banned a whopping 28.

Why is Wukong such a contested pick in the LEC?

It’s no surprise that Wukong is such a contested pick, as he is extremely valuable in the current meta. He has a bit of everything, enough to make him shine in the jungle.

Pro players opt into Wukong for many reasons: beyond his ability to pull off ganks and do the game-changing wombo-combo initiations in team fights, he has a fast clear in the early game and is a solid skirmisher.

Even when Wukong ends up in a sticky situation, he can use his Warrior Trickster (W) and get out of trouble. After Riot changed that ability to dash over walls, Wukong hasn’t looked back.

To stretch it even more, Wukong is a potentla flex pick in professional games as some teams might throw a curveball and put him top or bot paired up with Senna (hi, 2020 2022 MAD Lions).

The Monkey King is so popular that he is hotly contested beyond professional play—even solo queue cannot escape him. With a 51.50% win rate in Platinum ranks and above, he isn’t a champion you want to mess around.

On patch 12.12, Wukong is the fifth-most picked jungler and the second-most banned, only beaten by the Void Empress, Bel’Veth. Nevertheless, his heavy priority status in solo queue will make him stick around the pro stage for a while longer.

When a champion sees this much success in both solo queue and professional play, it’s usually a sign that Riot needs to bring out the nerf hammer. Can we speed that up, please? And no, don’t “nerf” him like you’re about to “nerf” Gwen.