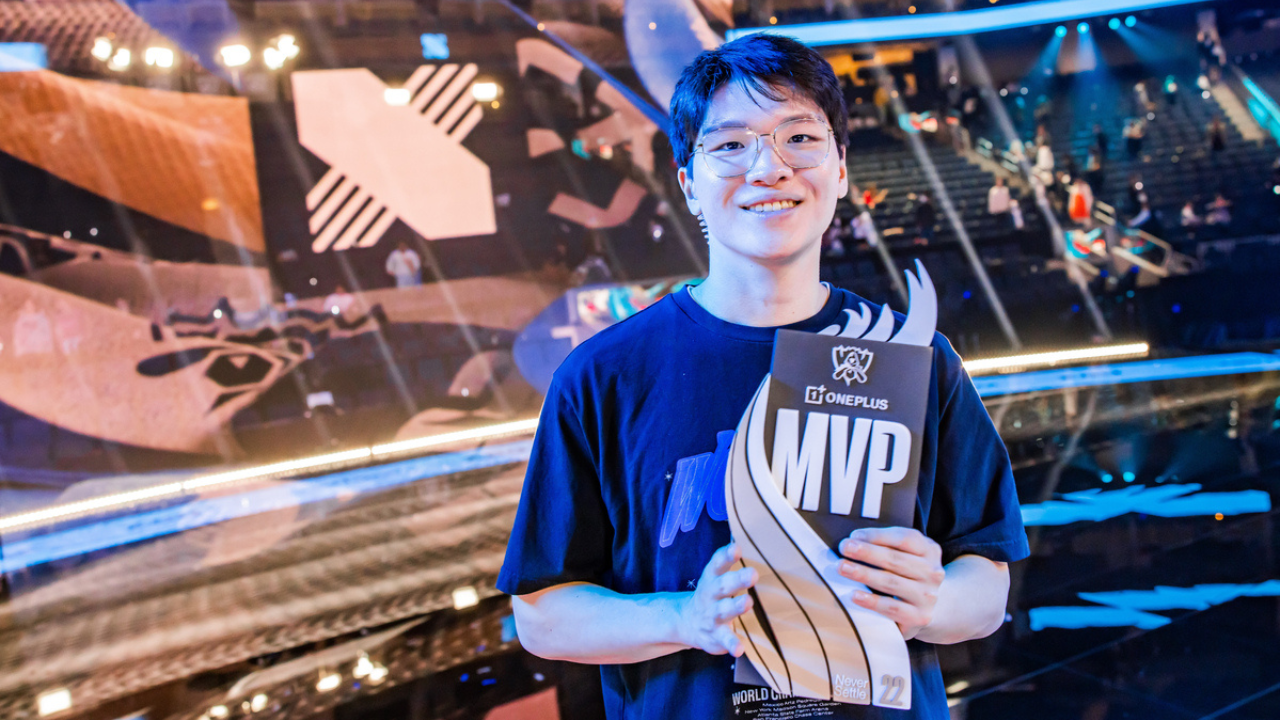 Worlds 2022 Finals MVP DRX Kingen: “The one who hesitates is the one that loses”

DRX defeated T1 3-2 in Worlds 2022 Grand finals, and Kingen was the Finals MVP. If someone said that sentence out loud just a couple of weeks ago, you’d probably call him crazy. DRX made the unthinkable and completed the most remarkable underdog story in LoL esports history, and Hwang “Kingen” Seong-hoon was the unlikely hero of the series.

Kingen: “Every step that I took was worth it, and it made me who I am right now”

Although he acted away from the spotlight, Kingen delivered throughout DRX’s Worlds 2022 run. Before the tournament, he was even regarded as the team’s weak link, while star players like Kim “Zeka”  Geon-woo and Kim “Deft” Hyuk-kyu usually received most of the praise.

However, Kingen put on his “carry pants” when it mattered the most, the Grand finals versus T1’s Zeus, one of the best top laners in the world. His Aatrox performances in games four and five, while facing elimination, were outstanding and earned him a fully-deserved Finals MVP award.

During the broadcast interview after the series, Kingen spoke about his mindset going into the finals. He realized the importance of enjoying themselves and having fun onstage. Kingen also shared his thoughts about the poor regular season and his growth in such a short time.

“We always have this mindset, regardless of the stage we are going on,” Kingen said. “It’s a glorious stage, and I just wanted to make sure we are having fun, we are enjoying the moment. It doesn’t have to be winning or losing, we wanted to just enjoy playing this game.”

“Looking back to my regular split, I was underperforming, I was not happy [with] how I performed, but now I’m the last man standing. I got to realize that every step that I took was worth it, and it made me who I am right now.”

After receiving his Finals MVP award, Kingen revealed that he struggles with confidence and usually hesitates a lot. However, DRX head coach Kim “Ssong” Sang-soo played a crucial role in Kingen’s confidence gain and in improving his mindset during Worlds.

“Unlike how I look, I actually hesitate a lot.,” Kingen said. “I know a lot of fans are also frustrated because I was not giving a go for aggressive plays. But heading into this Worlds, our coach Ssong always taught me: the one who hesitates is the one that loses. And that has become the motto of my play. It has impacted my play the most, and I always kept that in mind, and today I was able to pull off the aggressive moves.”

Furthermore, Kingen elaborated further on the matter during the post-match press conference. He emphasized the importance of a good mindset and his previous lack of confidence. He realized that his most important battle was the one with himself.

“Prior to Worlds, I was a person that pretended to have a lot of confidence when I’m not actually,” he said. “But after playing so many matches here at Worlds, I could realize that I am solidifying myself as a player after going through all of the hardships at Worlds. Here at Worlds is not about fighting against each top laner. It’s more about the battle against myself. I’m a top laner that can lose to anyone but also beat anyone. It’s all about my mindset.”