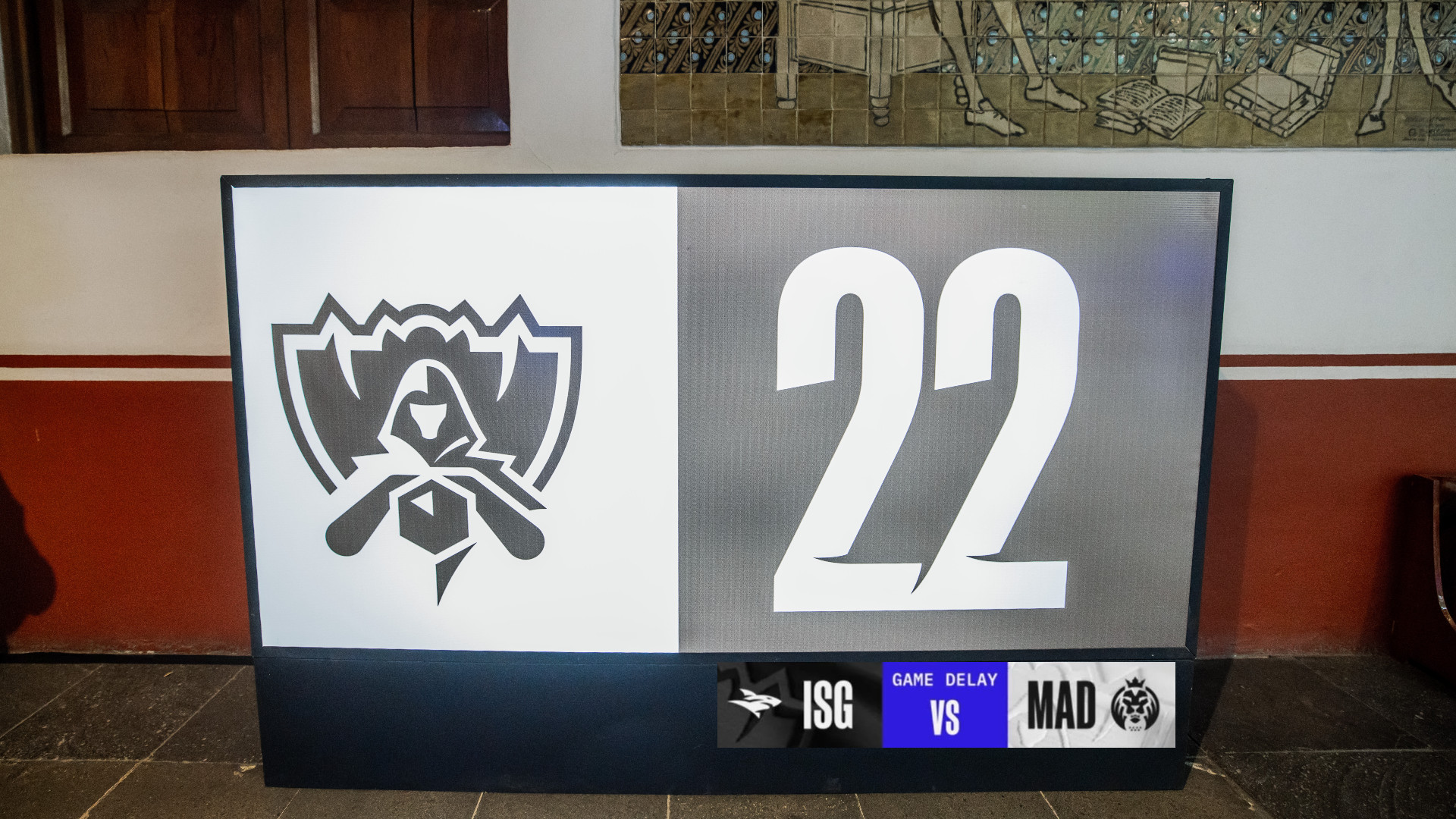 Worlds 2022 opens to an empty venue and a giga pause

So, Worlds 2022 is going great. The tournament opened on September 29 with a sweeping shot of a nearly-empty Arena Esports Stadium before barrelling head-first into an extended game pause.

Veteran caster Clayton “CaptainFlowers” Raines opened the Worlds 2022 Play-In Stage with a rousing cry of “Ladies and gentlemen! Welcome to Worlds 2022!” The problem? He was greeting a crowd of about 30 people.

The Play-In stage is being held at the LLA studio in Mexico City, which has a reported capacity of 100. That capacity was nowhere close to being reached in the panning shots that opened the official game broadcast, with maybe a quarter to a third of the seats being filled.

However, even before the broadcast feed showed us the empty venue, chaos was already erupting as Riot announced multiple disruptions due to COVID-19.

But then things only got worse as the broadcast introduced the teams, Isurus and MAD Lions, and then immediately entered a game pause, as there was a reported issue linking the LAN for players in COVID isolation with the main stage.

The pause lasted around 25 minutes before drafting began. A handful of champions were banned before another pause was enacted. According to the broadcast team, MAD Lions midlaner Yasin “Nisqy” Dinçer had reported that the coaching staff could not see the draft screen.

At the time of writing, a retry of the draft phase has begun and the issues appear resolved.

However safe to say, Worlds 2022 is going great!