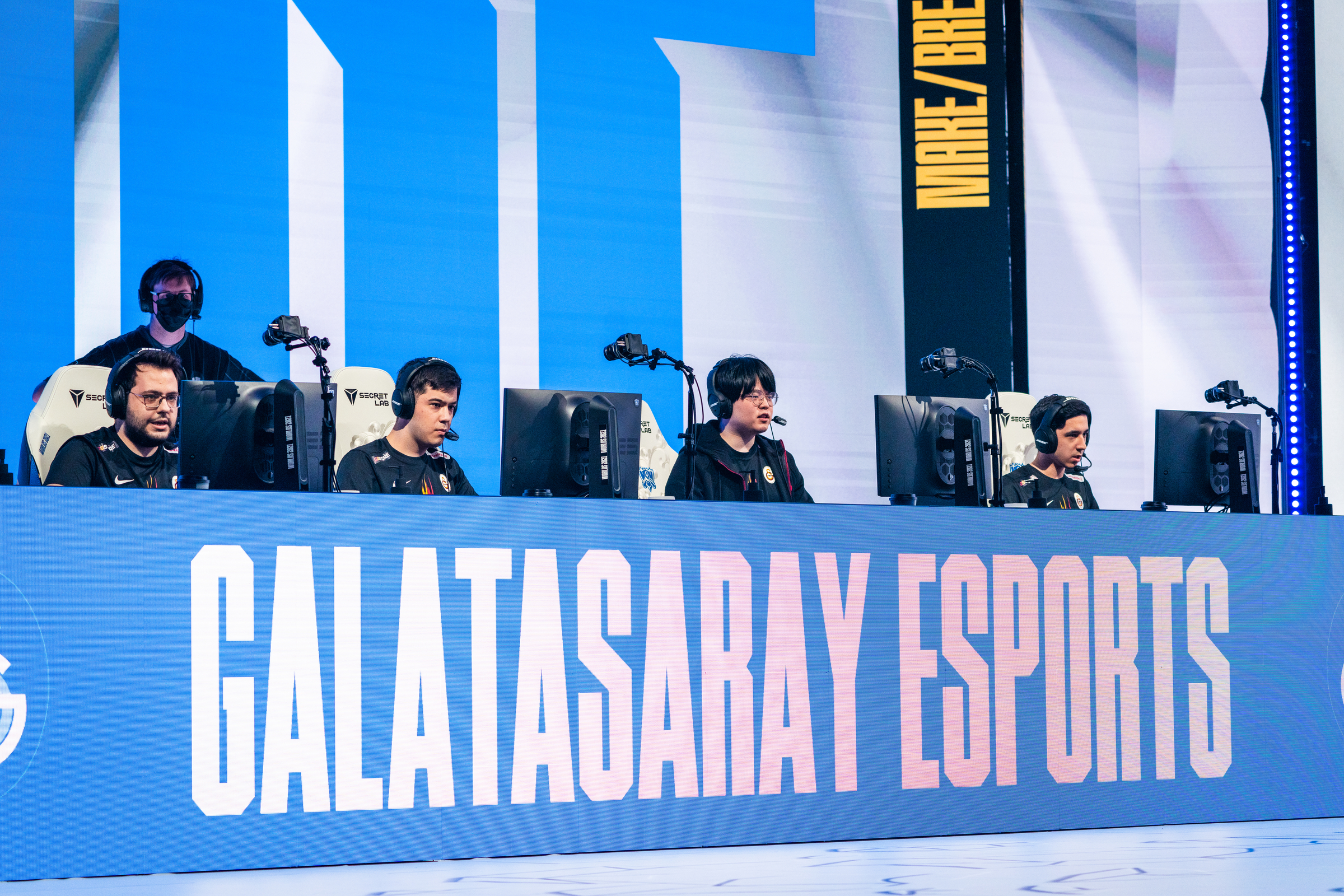 Worlds 2021: Unfolding storylines in the Play-in’s Group B

The play-ins’ group of death has delivered, and the Unicorns of Love are in dire straits. For the rest, there is still hope: with two more game days to go in the 2021 Worlds play-in’s Group B, the standings may shake up beyond their current state.

Speaking of Beyond (Gaming), they are also in trouble, as the group’s standings attest:

TCL representatives Galatasaray Esports have brought their macro sense to Worlds. With it came two lopsided victories against two outpaced teams, Beyond Gaming and the Unicorns of Love.

The signs were there: early leads spiralled into full map control, with Bolulu and Mojito at the core of their map takeover. Bolulu’s roam-heavy picks, Ryze and Twisted Fate, eased Galatasaray into quick flanks and picks; and Mojito’s Qiyana made short work of BYG’s ace-in-the-hole, AD carry Doggo.

If GS can hold Cloud9 in check during the laning phase, they will create the most unexpected upset as they would take over Group B—lest DetonatioN FocusMe thwart them.

Cloud9 are not clowning around

To DetonatioN FocusMe’s dismay, Cloud9 have hulked up beyond their level of play in the LCS. With each player in dominant form, the North American squad erased all doubt as to their legitimacy in the play-ins.

A sharper Blaber was all that Cloud9 needed to shed its macro flaws, as the team’s early game dismantled DFM’s best laid plans. Suddenly, Cloud9 fired on all cylinders, with Vulcan’s early roams sealing the game for good.

Although C9 have yet to be tested against group stage opponents, their showing was promising on an individual level. A victory against Galatasaray Esports would do much to silence doubters and set them on their way to the main event.

What could have been, and what could be

DetonatioN FocusMe have much to regret after their loss against Cloud9, with sloppy early-game assignments to blame for their defeat. Instead of an Aria LeBlanc show, LJL fans watched as the team fell apart, unable to scale.

But the LJL team has more weapons in its arsenal that it had yet to show, especially in the jungle. Should they move slightly outside their comfort zone in the draft and replicate their almost flawless game against the Unicorns of Love, Galatasaray’s tenure at the top will no longer be guaranteed.

Other stories worth following