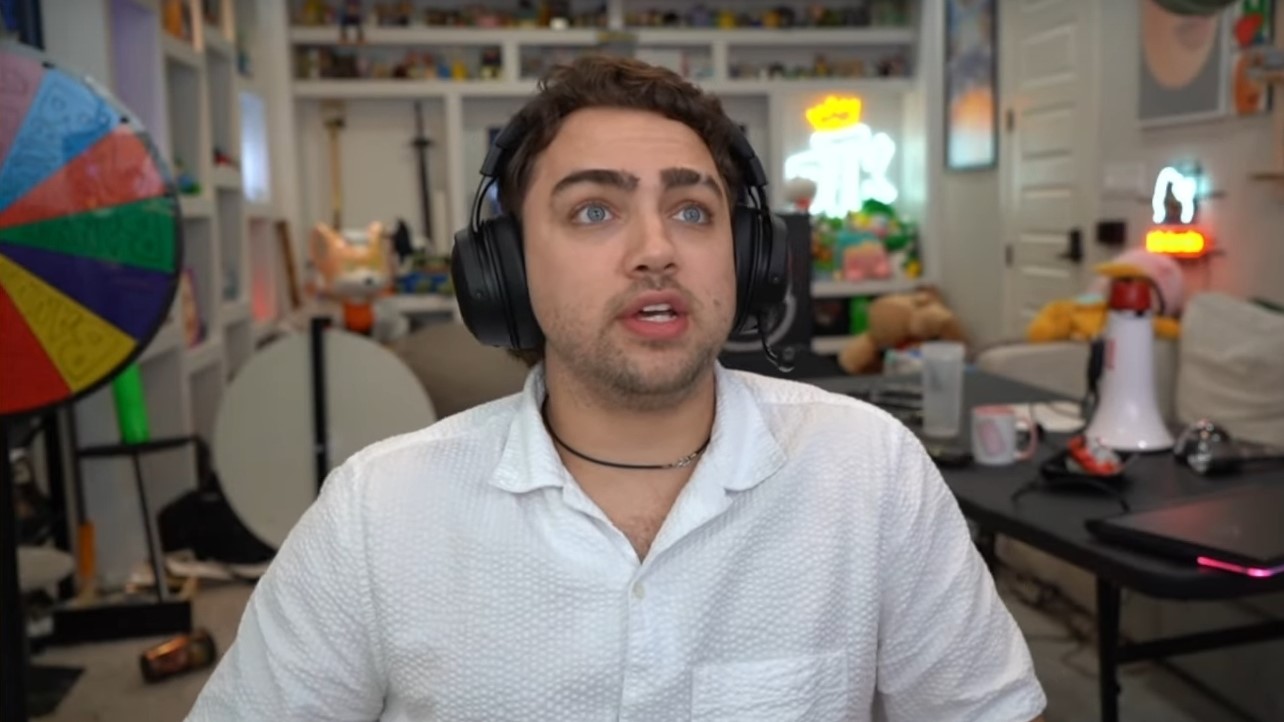 Update 9/20: Mizkif has responded to the situation in a Twitlonger, which you can find at in the last section of the article.

This has been an absolutely wild week for Twitch drama, with the news seeming to get more and more serious as the days progress.

First, we had the xQc and Adept breakup. This feels like years ago, now, and was really nothing in the grand scheme of things. xQc’s family and Adept didn’t get along, and X chose his family – a simplification that doesn’t encapsulate the hours-long, vague back-and-forth we all watched this weekend. But, again, who cares at this point?

Next up we had Sliker, and that one was a lot more serious. Sliker is a gambling addict, and it was revealed that he had been scamming money out of fans and streamers alike to fuel his addiction.

Sliker was the first domino to fall in the latest scandal, even though he had nothing to do with the Mizkif drama. Gambling streams were, naturally, under fire after the Sliker situation. This led to the usual suspects – Hasan, Mizkif, etc. – taking the opportunity to speak out on Twitch’s handling of gambling streamers.

So, we have the setup – a high-profile streamer who is gambling addict, living an Uncut Gems-style life on Twitch by borrowing money from fans and creators, alike.

Trainwreckstv and xQc, two of the most noteworthy gambling streamers, were in the crosshairs. Mizkif was mixing it up online, responding to the likes of Asmongold about Sliker being banned on Twitch.

In a reply battle with Trainwrecks, Mizkif made a fateful error. He brought up a coin that Train had been a part of, suggesting the latter should be banned for a rug-pull.

That’s when Train dropped a tactical nuke on the situation.

Although a lot of people thought Train was all talk, he wasn’t. As it turns out, this tweet had a lot of truth behind it.

About a year ago, a small streamer by the name of AdrianahLee was inappropriately touched at a party by a fellow streamer and Mizkif’s close friend, CrazySlick.

This situation was only brought to light when a third party brought it up on-stream in a cryptic way – not citing who she was talking about.

Now that we’re getting the full story from all sides, it appears as though AdrianahLee didn’t want to come forward and claim the sexual assault story for fear that she’d be blacklisted from the Austin streaming group.

According to the new story, OTK members including Mitch Jones and Maya Higa went to Adrianah’s house and pressured her into crafting a “diluted” Twitlonger downplaying what had happened.

What really happened – according to Adrianah and a third party – was that CrazySlick touched a passed-out Adrianah on her chest multiple times under the guise of “checking up” on her. He had to be shooed off by Adrianah’s friends multiple times.

Adrianah complied with the request to out herself as the victim, but her fears of being blacklisted were later realized. According to her, she was cut out of the Austin streamer crew.

CrazySlick was also accused of trash-talking Adrianah after the Twitlonger – cutting her out of events and actively trying to tank her streamer connections.

The fallout from all of this is still happening in real time. Mizkif deleted his tweets, Slick compared the situation to Johnny Depp/Amber Heard (now deleted), and the streaming community began taking sides.

Asmongold, one of the OTK owners, went so far as to wish death upon Slick – making sure to clarify he was talking about real life and not a video game.

Another clip of Mizkif surfaced as well, downplaying the situation and barely stopping himself short of saying, “who gives a f-?”

Ice Posideon even threw his hat into the ring on Twitter, telling Mizkif, “I brought you into this world and now I’m taking you out.”

Ice’s tweet was accompanied by a screenshot of Mizkif’s conversation from 2018, in which he says the N-word and F-slur.

Maya went on-stream to address the situation, denying that she pressured Adrianah into making the Twitlonger but acknowledging that there was an unspoken power dynamic that the former couldn’t control – Maya is a much bigger streamer than Adrianah.

Mizkif had a few tweets and messages in his offline chat, but hasn’t taken to stream at the time of writing. The most recent update from Mizkif is that Slick is missing and that he called the police.

There’s no bigger winner in all of this than Sliker. He was the biggest story on Twitch for less than 48 hours.

Now, a crippling gambling addiction that will likely be paid in full by xQc and Ludwig is the least of the problems. Now, the Austin streaming scene is engulfed in flames.

Although this is a serious situation, the memes have been top-notch – many of them coming from the Destiny subreddit.

We’ll let the memes take you out of this one, but stay tuned. This is a developing story that we’ll probably be covering for the rest of the week.

Unless, of course, there’s a triple-murder waiting in the wings. This “Twitch drama” has escalated day after day, so I wouldn’t be surprised.

After a day of silence, Mizkif gave his response in a Twitlonger, pictured below. We’ll learn more when he discusses the matter on-stream.