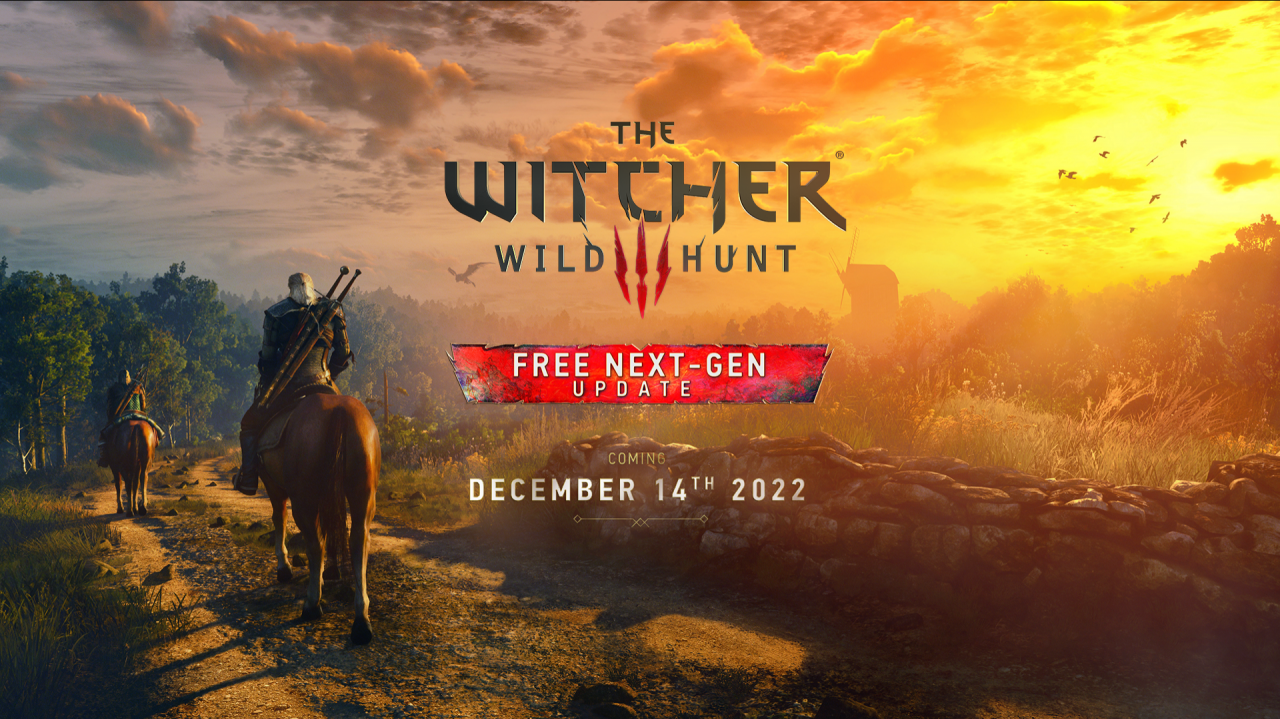 The long awaited free update for CD Projekt Red’s Witcher 3 is finally on the horizon. After many months with little to no information, we finally have the date, alongside a few other details.

December 14th we’ll be able to experience one of the best games of all time on PS5, Xbox Series consoles, Ps4, Xbox One, PC and Switch with a new fresh coat of paint.

The update is free for anyone who already owns the game, whatever the platform may be. If you don’t own it yet, a complete edition with all free and paid DLC released to date will be put on sale also on December 14th.

What visual improvements can be expected?

CD Projekt Red already confirmed that the improvements “include ray tracing support, faster loading times on consoles, as well as a variety of mods integrated into the experience”. This will likely be similar to Skyrim’s Special and Anniversary editions, with Ray Tracing as a nifty bonus.

I’d also like to see higher refresh rates supported on consoles, HDR and a few gameplay tweaks available through a toggle system, or even through the integrated mods. Skyrim’s Anniversary edition does this quite well by automatically installing some quality of life and content mods that were approved by the developers.

Visual improvements aren’t the only thing coming to the Witcher 3, though. The promised Netflix-inspired free dlc has been confirmed by CDPR and will be available also on December 14th. Although this might not be the ideal time for such an update, since fan favorite Henry Cavill will be replaced by Liam Hemsworth as Geralt when Season 4 comes around.

The update will still be welcomed, though. The Netflix series Edgerunners helped give CDPR a major boost in players, so we might see something similar with this update turning fans of the show into fans of the game, since The Witcher series will have some kind of presence in the actual game.

We’ll know more about this update when CDPR goes live with a new REDStream next week, where they’ll show gameplay and give us more specific information on what’s coming.