Today, we'll watch the Upper Bracket Final and Round 3 of the LB.

FNATIC and TENSTAR battle to stay in the tournament and Liquid and Giants fight for a top seed in the Grand Finals. 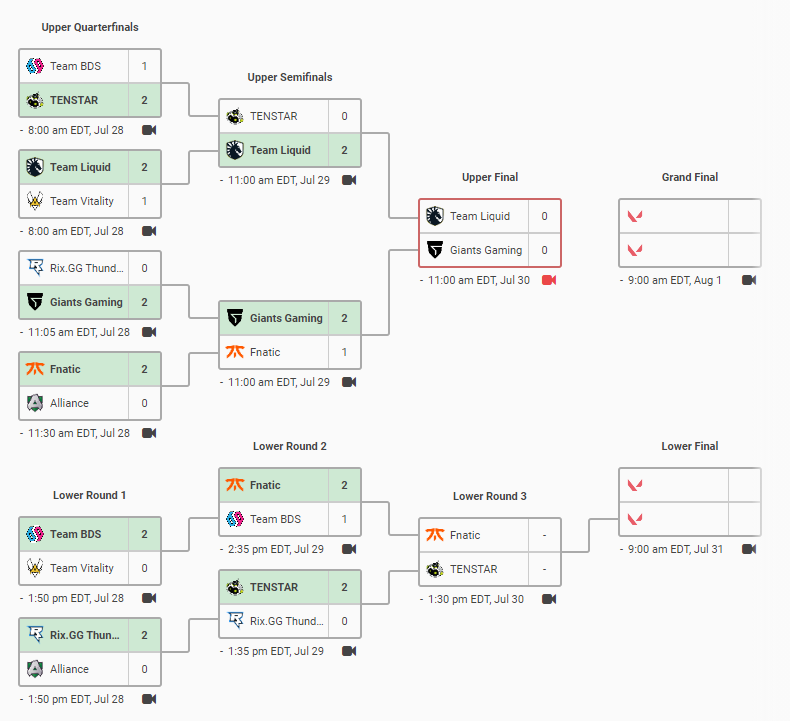 The fact that Liquid and FNATIC are still fighting through Challengers 2 is a testament to how competitive EU Valorant is right now.

Giants absolutely demolished Liquid on Bind, with Liquid only getting two defensive round wins and the two pistol rounds on attack.

Things weren't much different on Split, where Liquid was able to secure five rounds instead of four.

This seemed like an off day for Team Liquid, who will now have to face the winner of FNATIC vs. TENSTAR in the LB final, tomorrow.

FNATIC are making their case for having the best Icebox in EU.

It's been no contest on this map so far, and TENSTAR didn't stand a chance, losing 13-3. FNATIC lost only one round on attack.

Although TENSTAR kept it close on Breeze, FNATIC's defense was too much for them.

The former took only two rounds while attacking and FNATIC walked away with the 13-9 map win and 2-0 sweep.