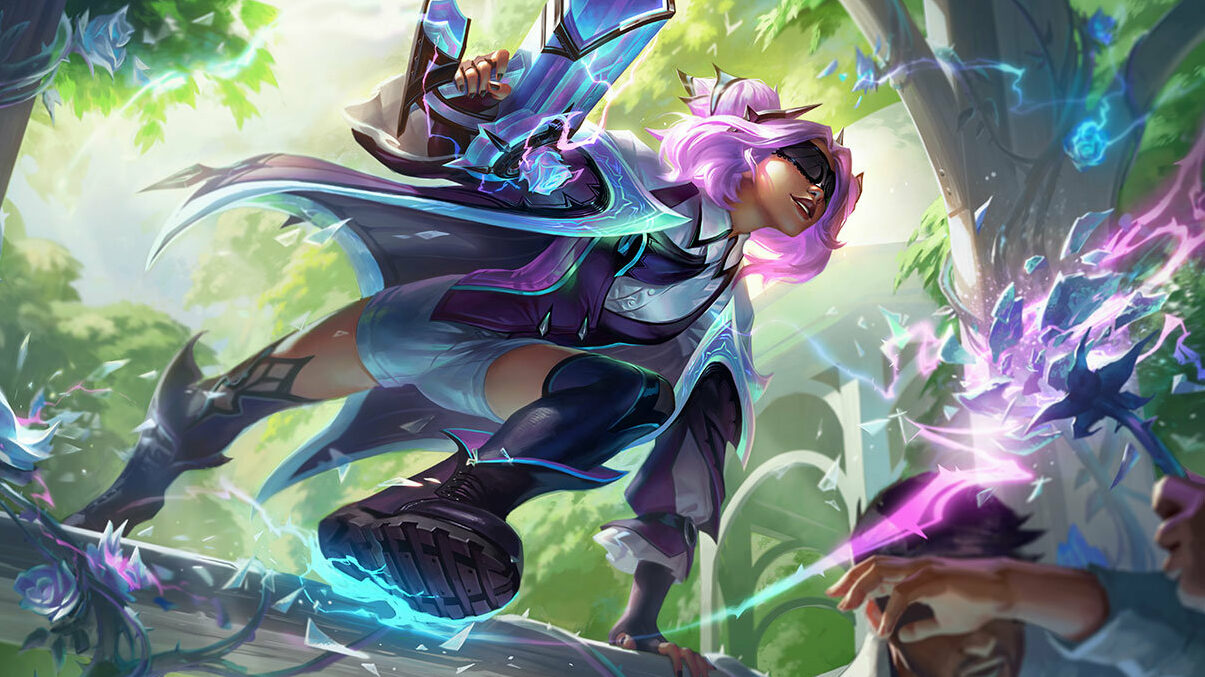 Why you should play Zeri on LoL while there’s still time: a guide

Zeri has been a hot topic this year because of her unique kit, her strong state in the meta, and the noise she has made while Riot has desperately tried to balance her.

Despite many attempts from Riot, Zeri is still out there kicking as one of the best marksmen in professional play. She has been toned down in solo queue, but she can still run over Summoner’s Rift, especially if you have a Yuumi on your side.

Before Riot Games go more berserk in nerfing Zeri further, let’s get the last bit of playtime on her while there’s still time. Even with her recent nerfs, Zeri is an entertaining champion to play and can be essential for a bot laner to master.

Tag along to learn how to play Zeri like the pros, and why she has been such a balancing nightmare for Riot.

Become nasty: How to play Zeri like the pros

Any professional bot laner with self-respect has tried to master Zeri. Not all ended up doing so, but it’s not necessary considering how broken she was. Granted, these players often had a utility support champion on their side to enhance their strength even further. That won’t always happen in solo queue, but you can learn about the right build and runes.

A great example of inspiration would be Fnatic bot laner Elias “Upset” Lipp, who took Zeri to the next level to save Fnatic’s season and, eventually, take them to Worlds.

Most professional players start with Immortal Shieldbow and Phantom Dancer as the first two items. These will give Zeri the damage and sustain she needs to get into the thick of battle. Until then, they don’t play her aggressively.

In Upset’s case, he opted for Lord Dominik’s Regards as his third item, but this can also be Infinity Edge. You need both items to turn into the late-game monster you are supposed to be on Zeri.

Upset finished his build with a Guardian Angel and even replaced his boots with a Runaan’s Hurricane for maximum damage output. All this while he had the Lethal Tempo rune, undoubtedly Zeri’s best keystone. Pair that with runes from the Domination tree, and you are ready to roll.

Make sure you max your abilities in the correct order by starting with Q into W and E. Zeri always wants to put a point into her ultimate at levels 6, 11, and 16.

Why is Zeri so busted in League of Legends?

Zeri’s kit is so overloaded that there are too many reasons for her broken state. Like Ryze, there doesn’t seem to be a “sweet spot” balance-wise.

Indeed, her long-range poke, big dash, and infinite stacking ultimate will make her pop off in team fights if she isn’t shut down early. All these strengths in one kit have made Zeri a disaster, as the opponent’s counter-play options are very slim when she is in a strong state. To avoid this, you either nerf her to the ground like Riot does right now or start thinking about a rework.

While some have hoped that Riot would just straight up delete Zeri from the game, most figured that this wouldn’t happen. Instead, Riot has gone out of its way to address Zeri and why she is such a nightmare to balance in a Quick Gameplay Thoughts blog.

In this, Riot finally put its own words on the matter as lead designer Matthew “Phroxzon” Leung-Harrison gave four pointers to why Zeri is challenging to balance. She is difficult because of these four values, which often contradict each other.

As stated by Phroxzon, these values apply to Zeri and make her hell to balance. She can be fun to play because of her “high moments:” it’s always fun to be the Zeri kiting around an enemy team with her Lightning Crash stacking up. However, being at the other side of the table can be super frustrating.

The same goes for when Zeri one-shots enemies with Ultrashock Laser (W) through a wall or dashes over a wall out of nowhere with Spark Surge (E) for a surprise attack. It all falls under Riot’s pointers of fairness and counterplay and is usually abused even harder when professionals get their hands on her.

So how will they solve this? Luckily, Riot has a plan, but you will probably have to wait quite a while for it to happen.

According to Phroxzon, the long-term goal is to reduce Zeri’s ability to “go infinite” through her ultimate. They still want to maintain her ability to make plays, but not in the way she is constantly doing it right now.

This is something that will “take time to explore and implement,” so fans shouldn’t expect these quality-of-life changes anytime soon for Zeri. So, we will have to forget about her as Riot is trying to take her out of the limelight.