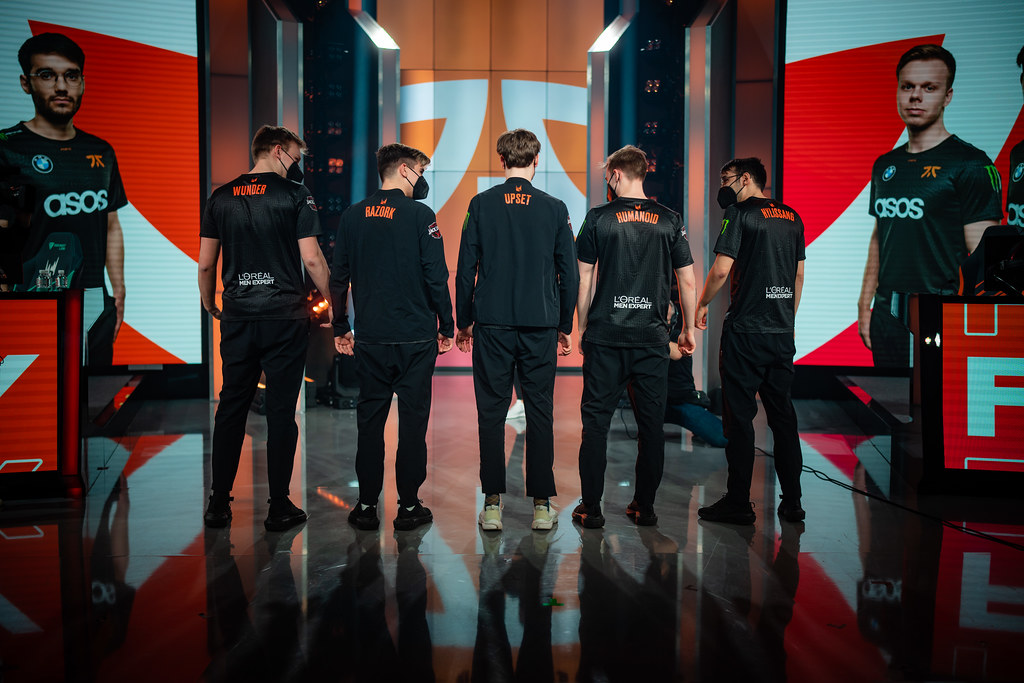 Why are Fnatic struggling in the 2022 LEC summer split

After six tough weeks of competition, Fnatic finds itself near the bottom of the league, occupying the seventh place in the LEC. On paper, the ‘superteam’ should be fighting for the top spot, but that’s not the reality.

Despite a relatively disastrous spring split by their standards, Fnatic finished third. That would be considered a successful split because it would secure them a Worlds spot, if they followed it up the right way during the summer.

However, their fall from grace during the summer split has caught even their haters by surprise. Given the circumstances and the players’ caliber, the outcome points towards a disappointment.

Let’s dive deep and try to figure out Fnatic’s problems:

Recently, Fnatic’s coach, Jakob “YamatoCannon” Mebdi, has received a lot of criticism over the team’s drafting choices during games. But let’s not forget: the coach gives options to his players, but he doesn’t draft champions for them.

Fnatic’s poor team composition drafts show that the team is falling off the meta, and the results show it. Why are they still picking Gragas top? It feels like an eternity since he was on the meta radar. Yes, we know that Wunder does well on it, but comfort picks seem to blindside Fnatic.

Where are Gangplank, Gwen, and Ornn? All of them are signature champions for Wunder, and they have carry potential (or at least serious team fight potential). Not to mention, they dominate the league with over 60% in overall win rate.

Meanwhile, in the jungle, Volibear is not seeing much play anymore due to meta changes. However, it doesn’t excuse the lack of Poppy; Misfits’ Zanzarah ran circles around people when he picked her on Week 6.

We remember the old bot-lane centric Fnatic. That’s their strong side. The sooner they remember it, the better.

Fnatic were expected to bounce back after the spring split given the level of their players, but they have not shaken off their woes. In fact, their individual components have not gelled fully.

Razork is still trying to find his footing as he is experiencing difficulties. We saw a glimpse of hope early in the summer split, when Fnatic showed great top-jungle synergy, but that is long forgotten with the way things are developing. It is as if there is a wall that Fnatic can’t break.

Then, although Humanoid picked up his level last week, he has reverted to the old “Humanoid dies” ways and made many mistakes. For a mid-laner who was considered as one of the best in the league, the simple mistakes that he has made are damning: falling to level two ganks, making strange builds on stage like Galeforce Corki, getting caught often before the teamfights start, and so on.

Unfortunately, pressure exists; and when playing for such an established organization, it can get to you. Although the players have experience dealing with pressure, there is a certain point in time when pressure lowers performance no matter how much of a veteran you are.

Where is the synergy in this Fnatic lineup?

Fnatic’s biggest problems can be summed up to the expression that LoL fans say: “it’s as if I am watching five solo queue players, not a team.” They are not united on the rift, and they look like complete strangers on Summoner’s Rift.

From the outside looking in, the coordination and shot calling among team members have lacked or have been absent. To show for it, they are often caught in awkward situations—often splitting apart—and we rarely see them in a perfect 5v5 situation.

Is their practice not efficient, or are they scared too experiment given their current record? No matter what the answer is, we do know that this is not the same Fnatic from before the two-week LEC break—the one that stood tall at 5-2.

Fnatic needed a confidence boost badly, and their win against Team BDS may have provided that. Indeed, before then, they lost five straight games—and it can get to anyone in that position.

Fnatic’s schedule is not the easiest, but the team still holds its fate in its hands. SK Gaming, G2 Esports, Astralis, Team Vitality and Misfits Gaming await, and each of these games could be their last. The playoffs race is so close that a single loss will significantly lower their chances. Not to mention: all games are against potential playoffs opponents.

If there is a better time for their win streak to start, it better be now. Fnatic has had five conescutive Worlds qualifications and the last time they missed Worlds was in 2016. Are we going to see the 2016 version of Fnatic or the 2021? The one that failed miserably to prevent its downfall, or the one that had a resurgence and a fairy tale story?

Maybe they should have kept Nisqy after all; Humanoid has turned out to be a huge downgrade