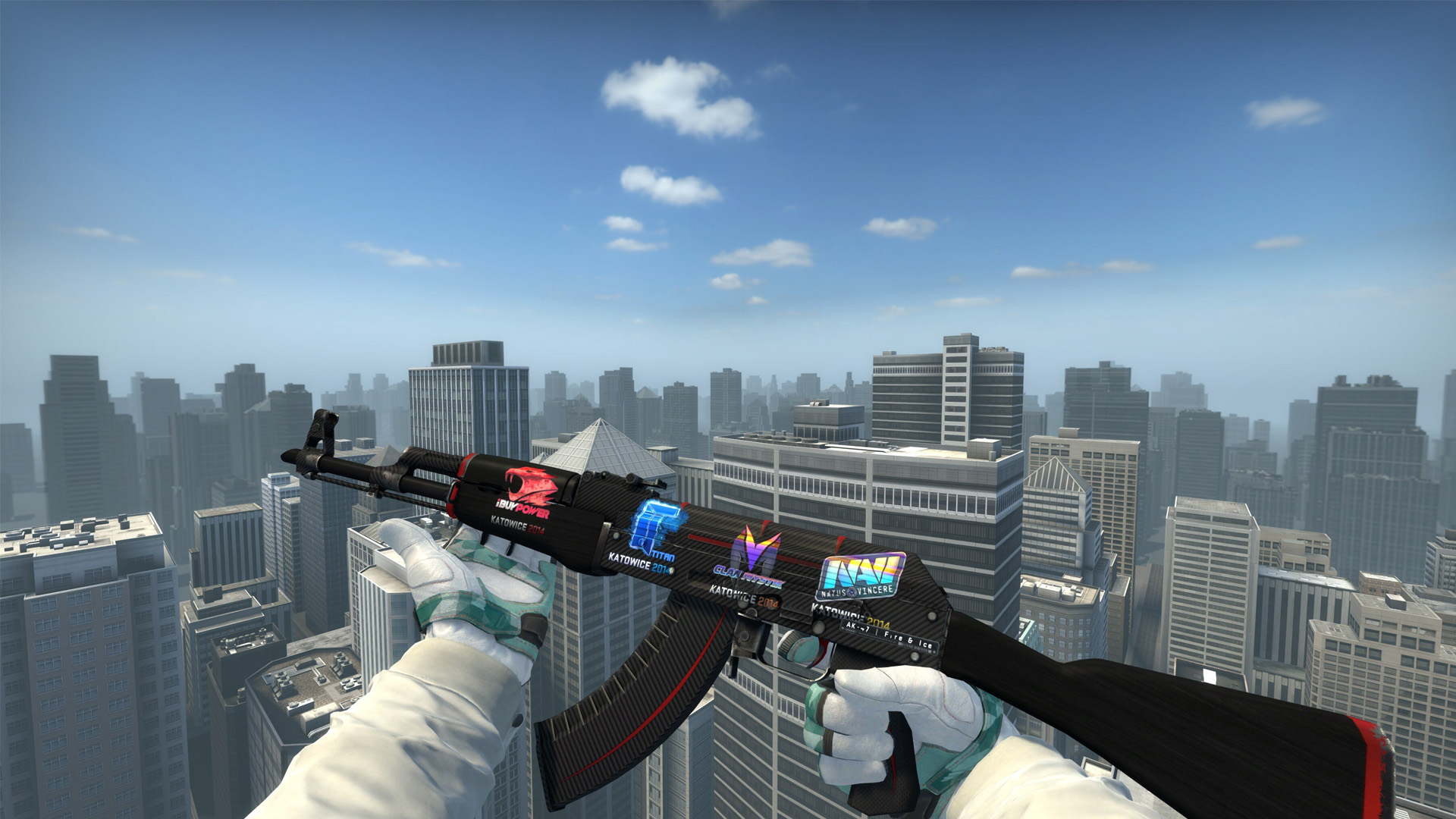 The birthplace of greatness

Why all the hype? Katowice 2014 stickers explained

Katowice 2014 stickers, also known as the holy grail, el patron, or supreme beings, blessed CSGO in 2014. I have come to explain what I can about the ones we call Kato’s.

You might be asking, why? These stickers contain the most sacred and desirable stickers in CSGO, such as the Titan Holo, iBUYPOWER Holo, Reason Gaming Holo, and the Team Dignitas Holo.

One of the main contributing factors to the popularity of these stickers was the influencer, McSkillet.

Unfortunately, we all know what happened to McSkillet; if you don’t, all you need to do is search for the name on google.

Besides the history with McSkillet, you can’t ignore the apparent benefits he had on CSGO during his time as a YouTube influencer.

McSkillet was the BIGGEST skins YouTuber around 2016-2017 -arguably the most iconic CSGO YouTuber ever (besides Anomaly). The name is still fresh in the minds of the CSGO skin community.

He exposed a lot of light to both EMS Challengers and Legends sticker capsules, opening them in videos and giving them masses of exposure with context.

People slowly but surely were becoming more aware and hungry for these stickers.

Skin influencers in the CSGO community post-McSkillet, around 2019, such as Prodigy, also liked these sticker capsules and capitalized on them for fame.

If someone opens one capsule, it’s automatic exposure to hundreds of thousands of YouTube views; if you opened something like a Titan Holo, your exposure would be in the millions.

Despite these capsules being worth thousands, these influencers had the funds or sponsors to supply them.

This activity significantly lowered the supply of the capsules that supplied these stickers. The supply was going down because the capsules had already been out for around five years.

In correlation with the decrease in supply, the prices and demand went up.

Since the spotlight was clearly on EMS Katowice 2014 capsules, the Chinese decided that they would take a bite. Hundreds of wealthy Chinese collectors flooded their Buff, and BitSkins accounts with thousands of dollars to obtain their collections.

Are you beginning to see the pattern? The supply was driven down – day by day, hour by hour, minute by minute, by everyone under the sun.

Surprisingly enough, China played a massive role in making these stickers as popular as they are. If you go onto BUFF163 to purchase a Katowice sticker, applied or unapplied, there is a high chance that the supplier is Chinese.

If you look at the capsule’s selection of stickers, you’ll notice one outstanding point. Most of the teams the stickers represent are out of the CSGO scene and no longer teams.

Specifically, I want to draw your attention to the iBUYPOWER stickers, part of the Challengers collection.

For those who don’t know, iBUYPOWER got themselves in a little bit of trouble and got banned on the 26th of January, 2015. What did they do? They decided to match fix for a payout of around $700 of skins each…

I don’t think they realized their sticker would be worth one hundred times more than that in seven years.

But, being ban, they couldn’t create any more stickers as they weren’t part of CSGO. That means that this sticker was one of their last (no one cares about cologne stickers, shut up, except you dig Holo, I love you x).

The incident, of course, adds to the value as it makes them more exclusive.

Most other teams that were a part of the capsules faced the same future; they opted out of Counterstrike – hence why these stickers are so pricy and rare. The teams aren’t producing more stickers, therefore adding an iconic factor to these sticker collections.

There is no other sticker similar to that of the collection of Katowice 2014.

These stickers not only hold historic and iconic value, but their design is astonishingly different from all other stickers available on the market.

Even with the iBUYPOWER sticker, you cannot list one that is even remotely similar in color, design, or shape.

Today, terrible stickers are entering the game. We get hit with 2020 RMRs; most of which retail for less than €0.03.

Luckily, that wasn’t the case with the Antwerp major, but they will still retail for €0.03… This price is a joke when you compare it to iBUYPOWER Holo’s whopping $75,143 price tag.

These stickers are CSGO

It’s easy to be ignorant of these stickers’ existence, but they have so much historic and iconic value in the CS scene. Each of these stickers contains so much of the “old days” of Counterstrike.

The EMS Katowice 2014 capsules are partly responsible for the popularity of Counterstrike. They attract thousands of players and have created a flourishing Katowice community, arguably one of the most significant communities in Counterstrike.