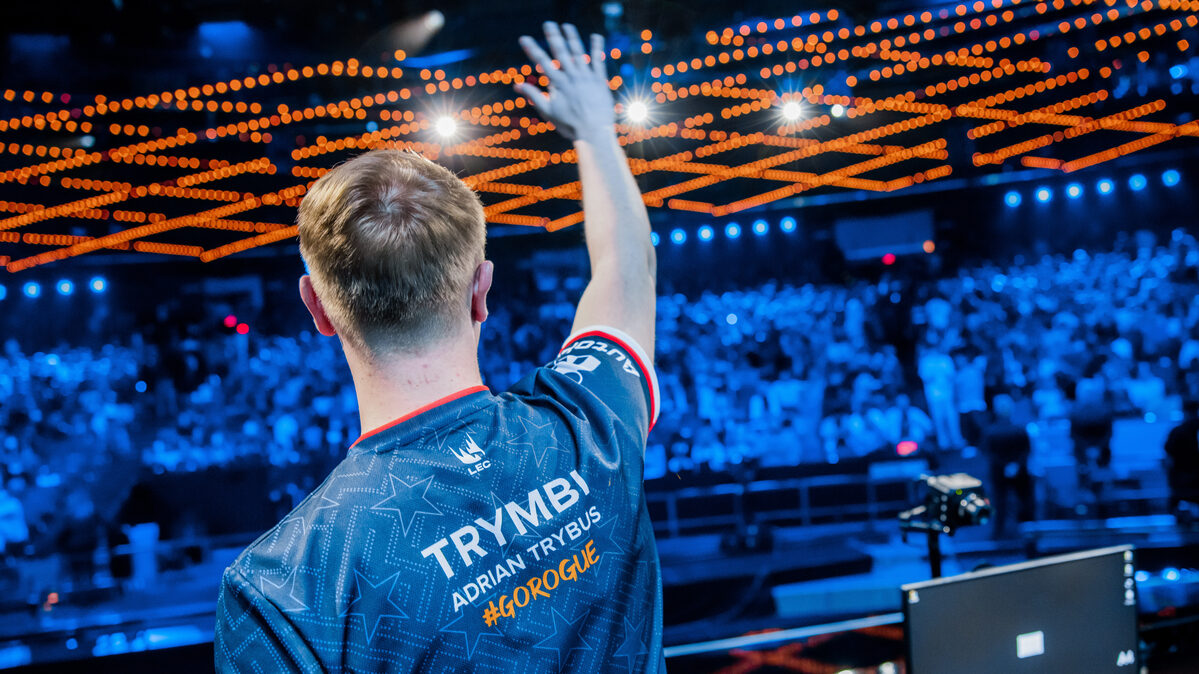 Who would have thought? Nasus debuts at Worlds 2022

Nasus made his debut during Day 7 of the Worlds 2022 Group stage. In the game between Rogue and DRX, Rogue’s support – Adrian “Trymbi” Trybus – took the opportunity to spice it up. Rogue already secured their place at the Worlds 2022 Quarterfinals and were allowed to improvise a little.

Furthermore, DRX’s support Cho “BeryL” Geon-hee picked Heimerdinger, which left the fans in an uproar. Who would have thought that we would see Heimerdinger vs. Nasus at Worlds 2022?

Despite the pick not working as intended, Trymbi holds Nasus in high regard. Before the start of Worlds 2022, Rogue’s support discussed the pick in an interview with Jaxon and was hopeful of playing him one day.
“I already put enough practice into it and I feel like I can have a good shot at showcasing what the champion potential is. I don’t know if it’s going to happen and I don’t really care”, Trymbi said during the interview.

As Rogue lost, many questioned the pick, but it’s unfair to judge a champion by a single game. Nasus could be a good pick, and in a different situation, he would’ve been considered unique.

Why wasn’t Nasus ideal in this game?

Nasus is famously known for countering Kalista. As a support, the champion could be a good pick against many AD carries and tanks. His “W” slows and cripples the enemy and his “E” has good poke damage in lane. Additionally, Nasus’ “E” shreds armor and allows for higher damage on the enemy champions.

However, Nasus wasn’t the ideal choice in the game between DRX and Rogue. Beryl’s Heimerdinger was the ultimate counter in lane, and Nasus wasn’t allowed to snowball. Additionally, DRX had double Ability Power solo lanes, which made Nasus’ life on Summoners Rift a living nightmare.