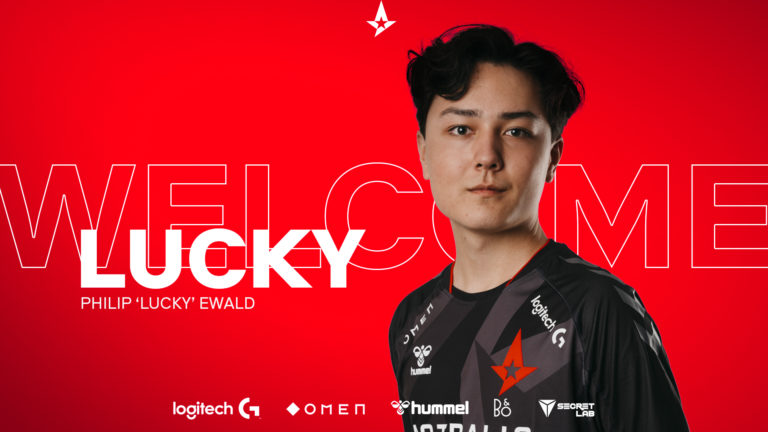 Who is Lucky, Astralis’ new AWPer?

Astralis' latest signing, Philip "Lucky" Ewald, is a relatively unknown player for anyone who does not closely follow Danish CS, but the 18-year old is regarded as a future star in Denmark.

Christen Sandersen, editor-in-chief at dust2.dk, describes Lucky as a steady player. "You won't see him making highlights like s1mple, Lucky isn't a very flashy player. However, he will get you the kills needed to win a round. In that sense, he is very similar to dev1ce."

Lucky has been making a name for himself on Tricked Esports for the past year and a half. With the team, he won several local competitions and finished second in ESEA Advanced Season 37.

His stats reflect Christen Sandersen's statement about Lucky not being a flashy player. In 2021, he averaged a 1.13 HLTV rating. While his performances have been solid, he hasn't been a standout player in the lower tiers of Counter-Strike. But apparently, Astralis believe Gla1ve's leadership will push him to another level.

Is Lucky ready to replace Dev1ce?

While Lucky has a lot of potential, his move to Astralis might not be an immediate success. The young AWPer will need time to adjust to the higher level of competition. And most of all, he will be filling dev1ce's shoes at Astralis.

"It's pretty hard to compare any Danish AWP'er to dev1ce, as he is simply the best we have in Denmark," says Christen Sandersen "So Lucky is a downgrade right now - just like everyone else would be."

"He has been the absolute star of Tricked and showed that he is the next big Danish AWPer. But I am surprised that he is already making this move. I think he needs more experience. However, I am sure he will be a star in the future for Astralis."

While some question marks surround the roster move, history urges us to have some faith in a positive outcome. Dev1ce only reached his full potential when paired up with Gla1ve. Will we see a similar outcome with Lucky? Only time will tell.

"Obviously, everyone expected him to leave Tricked during this year."