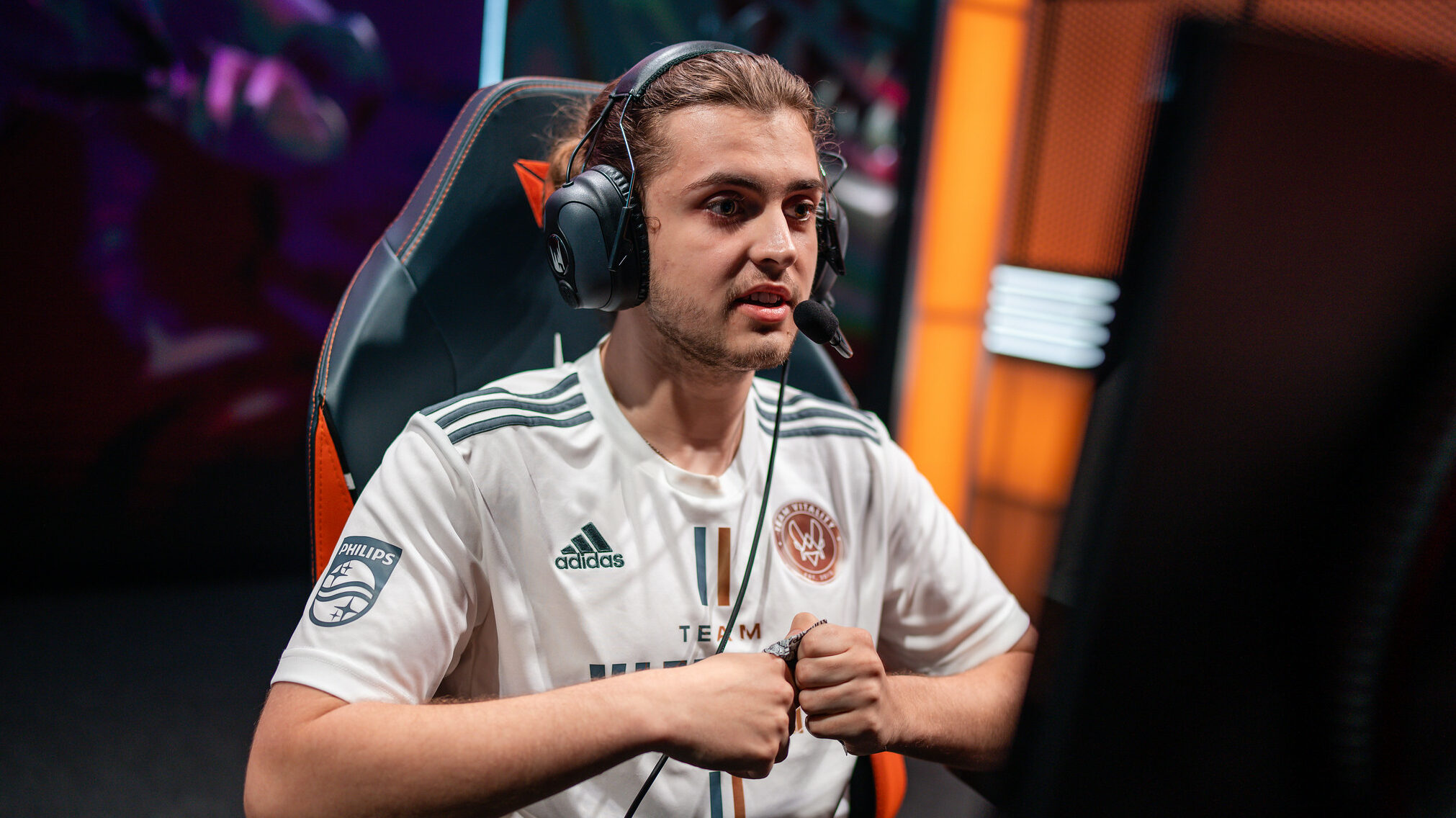 Who are the most aggressive players in LEC Summer?

Given the meta, the LEC can be the place for a lot of action. But who are the current damage leaders in the 2022 LEC Summer Split?

Even though you shouldn’t always conclude too much based on statistics, it’s sometimes fun to look at who the different leaders are. It could be the most kills, the best vision control, or who dies the most? Surprisingly, the latter isn’t dominated by Fnatic’s Zdravets “Hylissang” Galabov this split.

That’s not what we will be looking at this time around though, but instead, it will be damage per minute. This is a stat that most carries will look towards performing well in, as it says a lot about each player’s damage output.

A high DPM usually indicates that you are doing well, but as you will see in this article, it could also mean a lot of other things. As of right now, the highest DPM in the LEC belongs to Team Vitality’s bot laner Matyáš “Carzzy” Orság at 768 damage per minute.

In the case of Carzzy, this clearly shows the aggressive playstyle that he has been known for ever since setting foot in the LEC. It’s also an indication of how Vitality likes to play around Carzzy, especially in a meta where marksmen are either hyper carries or the ones with a lot of poke.

It’s not even like Carzzy is dominating the bot lane this split. In fact, he has indeed done his fair share of inting. Vitality is currently sitting at a dull 4-5 record, but it hasn’t been stopping Carzzy from dishing out damage in their losses.

He has played a big amount of Ezreal and Senna, which could be another explanation as to why his damage per minute is through the roof.

Right below him is Fnatic’s mid laner Marek “Humanoid” Brázdá at 751 damage per minute, confirming that the Czech players just cannot be stopped in the damage race. Fnatic often relies on Humanoid to be the main carry, so it’s really no surprise that he stands out in this statistic.

The 22-year-old mid laner has been happy to pick up Corki this split, which is an instant way to get the damage numbers up; those rockets are just nasty.

They might do a lot of damage, but can we talk about how Carzzy is the bot laner that has died the most in the LEC as well?