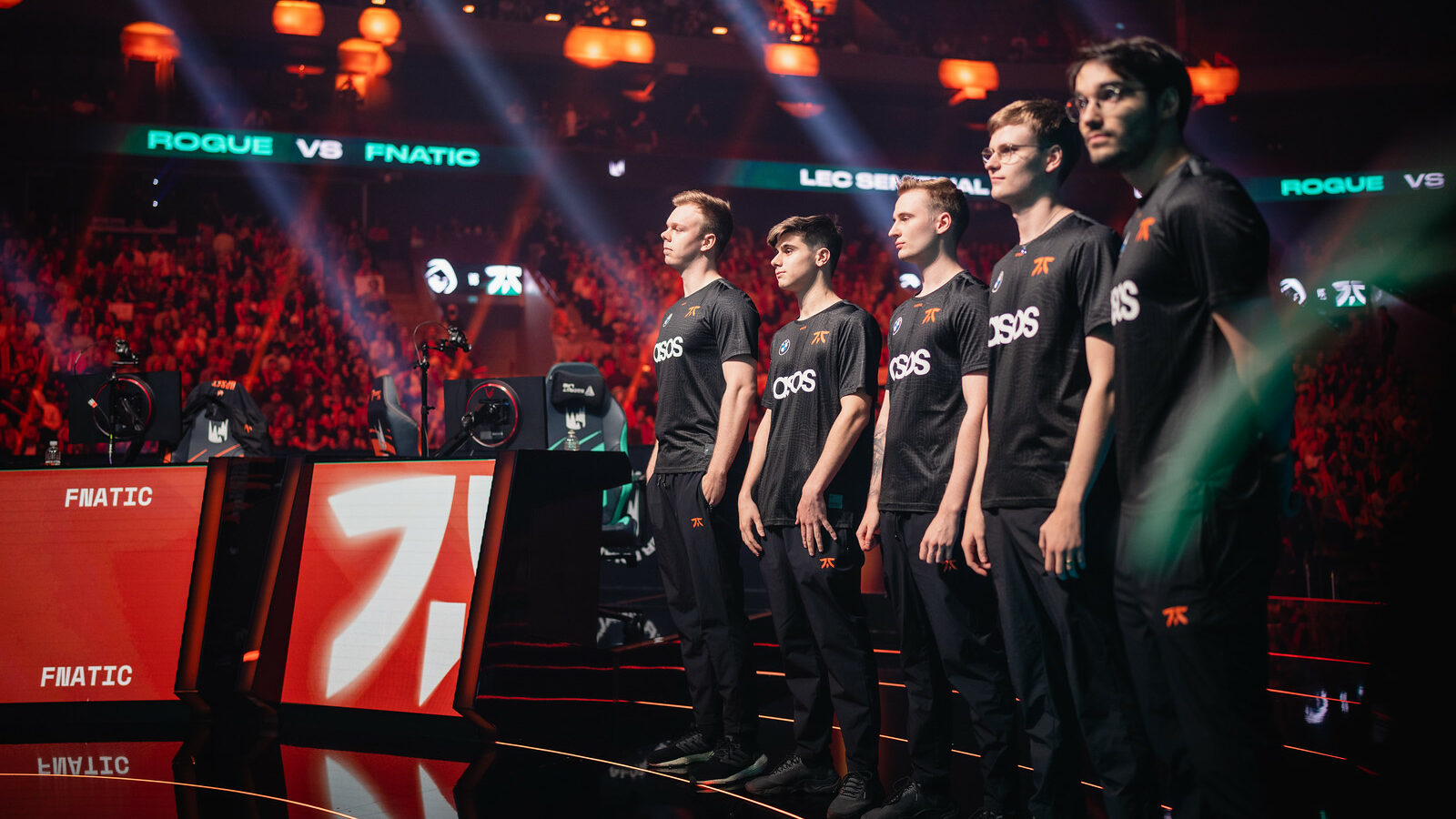 No scrims no problem

What to expect from Fnatic in the Worlds 2022 Play-in?

Fnatic will be starting their Worlds 2022 journey from the Play-in stage. And once again, there will be complications with their bot lane.

With two of the players (Elias “Upset” Lipp & Zdravets “Hylissang” Galabov) contracting COVID, the team traveled to Mexico with only three starters from the roster and their substitute AD carry player Louis “BEAN” Schmitz. Due to the situation, Riot Games allowed an emergency roster addition, and Fnatic added an additional substitute in Rúben “Rhuckz” Barbosa.

Being the team with the most Worlds appearances in history, this time, they have a different ambition than usual: to make the group stage. However, with the recent tweet of their superstar AD carry Upset, the issues might be resolved sooner than expected.

Fnatic’s experience is still there

Despite potentially starting with two substitute players, Fnatic still have enough experience on their roster. Indeed, it wouldn’t help much against the top teams, but Fnatic were drawn into a decent group and should have no trouble passing through.

Even their biggest rival in the group, Evil Geniuses, will start a substitute AD carry in Kyle “Danny” Sakamaki’s stead, so there is hope for Fnatic fans in that game.

However, future events will depend on the Worlds 2022 meta. There is good news: champions like Twisted Fate and Camille are expected to make a return, which would help Fnatic ideally in a 1-3-1 split pushing playstyle—a style in which top laner Martin “Wunder” Hansen thrives.

But there are other positives: Wunder is also reliable on the weak side if 1-3-1 is not the option; Razork has been having a resurgence since the 2022 LEC summer playoffs; and Humanoid still has the clutch factor heading into his third Worlds participation. But can they transition their form to Worlds without practice?

No scrims could be a problem for Fnatic at Worlds 2022

Fnatic hasn’t scrimmed yet, which is worrying. The only available resource they will have for the current meta read is solo queue, which is concerning. Compared to professional play, the solo queue environment is very different, and it often presents misguiding data.

However, some players play better with more rest time; let’s hope that will be the case with Fnatic.

The team will be able to get at least a day or two of practice, but that won’t be optimal. Fnatic will have to default back to the LEC meta, being three patches old, or experiment with new picks.

While this might be a disadvantage, those players learn fast and adapt quickly. This time, they will have to test their limits.

Bean & Rhuckz already have the synergy

Substitute players often need time to adapt owing to the lack of practice with their team. However, Bean and Rhuckz have been playing together for a year and will continue doing so in the bot lane.

Bringing the academy bottom lane is potentially the best scenario for Fnatic. The duo has the experience and is already familiar with each other.

Furthermore, Bean is well-known amongst the Fnatic fans, as he stepped in for Fnatic during Worlds 2021. Rhuckz has been part of Fnatic’s second team for almost two years now, and he has a lot of experience in the game. Expect to see Renata and Thresh from Fnatic if Rhuckz plays at the Worlds 2022 Play-in stage.

Despite struggling in their most recent split, Bean and Rhuckz were one of the best ERL bot lanes during the spring split. They won the 2022 SuperLiga spring in a dominant fashion before patch changes affected Fnatic Queso’s entire playstyle.

Fnatic will have to trust the duo to play their own game, no matter the height of the stakes they face (and they are higher than ever).