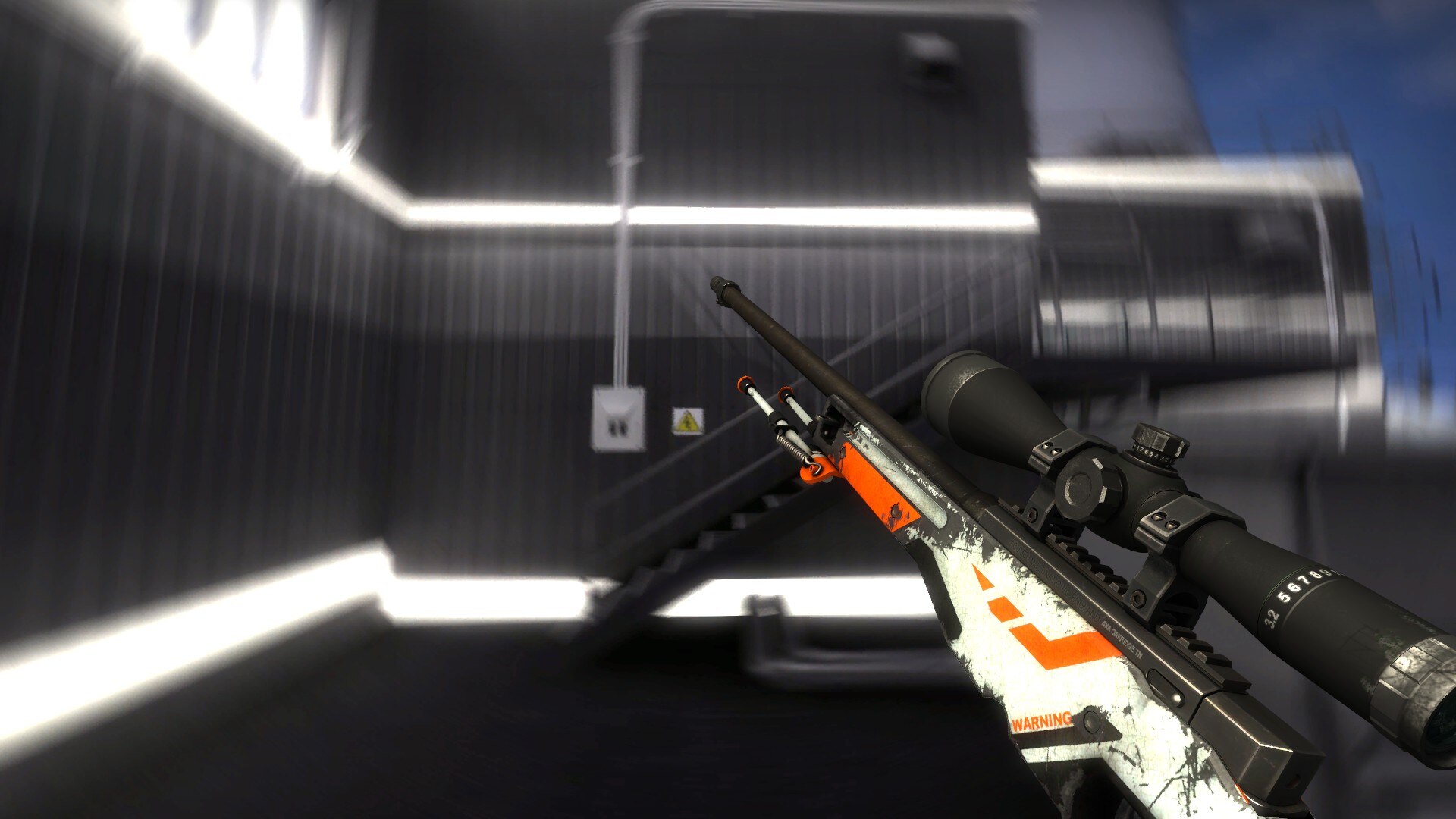 What makes an AWP Blackiimov – CSGO

There’s a lot of misconception around the top of what makes an AWP Asiimov to an AWP Blackiimov in CSGO.

And to those who don’t know, an AWP “Blackiimov” is an Asiimov that is very battle-scarred.

The skin is so battle-scarred that the pure white scope turns completely black, giving the Asiimov the “Blackiimov” effect.

As you can see in the image above.

Anyway, let’s get into what makes an AWP Blackiimov.

All base Asiimov information

AWP Asiimovs is one of CSGO’s most popular and iconic skins.

They have a lot of different visual floats and essence that most other skins don’t have.

But, you must be aware of what an AWP Asiimov is.

As the AWP Asiimov will always display as an Asiimov ingame, the game doesn’t classify what a Blackiimov is and isn’t; the community does.

A base AWP Asiimov is what you can see above.

It is the average community skin that varies between field-tested and battle-scarred conditions.

Of course, this changes if there are priceless stickers on the AWP, but that’s another story.

Don’t let anyone tell you differently unless KennyS sells it to you.

The image you see here is a fake AWP Blackiimov.

This essentially means that it is edging into Blackiimov territory but didn’t quite make the cut.

The float in the image here is 0.86, which has a blackish scope but looks scuffed.

People are often caught trying to sell these Asiimovs as Blackiimovs on markets, which is simply incorrect.

It’s not always viewed as a scam, as most of the people who have these skins genuinely believe they are in fact Blackiimovs when they are not.

Fake AWP Blackiimovs might be worth some overpay. It just depends on how much you like this type of float.

It wouldn’t be recommended to overpay more than $10 on this, but don’t expect to get that $10 back when you sell it again.

Now, this is an AWP Blackiimov.

What you can see here is an 0.965 float Blackiimov.

The scope is entirely black apart from a slight amount of white by the ocular eyepiece of the scope.

This is entirely acceptable for a lower-end Blackiimov.

The exact classification that makes an Asiimov into a Blackiimov is the float being 0.96 or above.

If you are looking for an entirely black scope, you will find this at around 0.98-0.99 float value.

These fully black scope Blackiimovs come in at around $500 if you’re lucky.

Just be careful lads. Always refer back to this article if you ever want a reminder.

It’s rough out there!