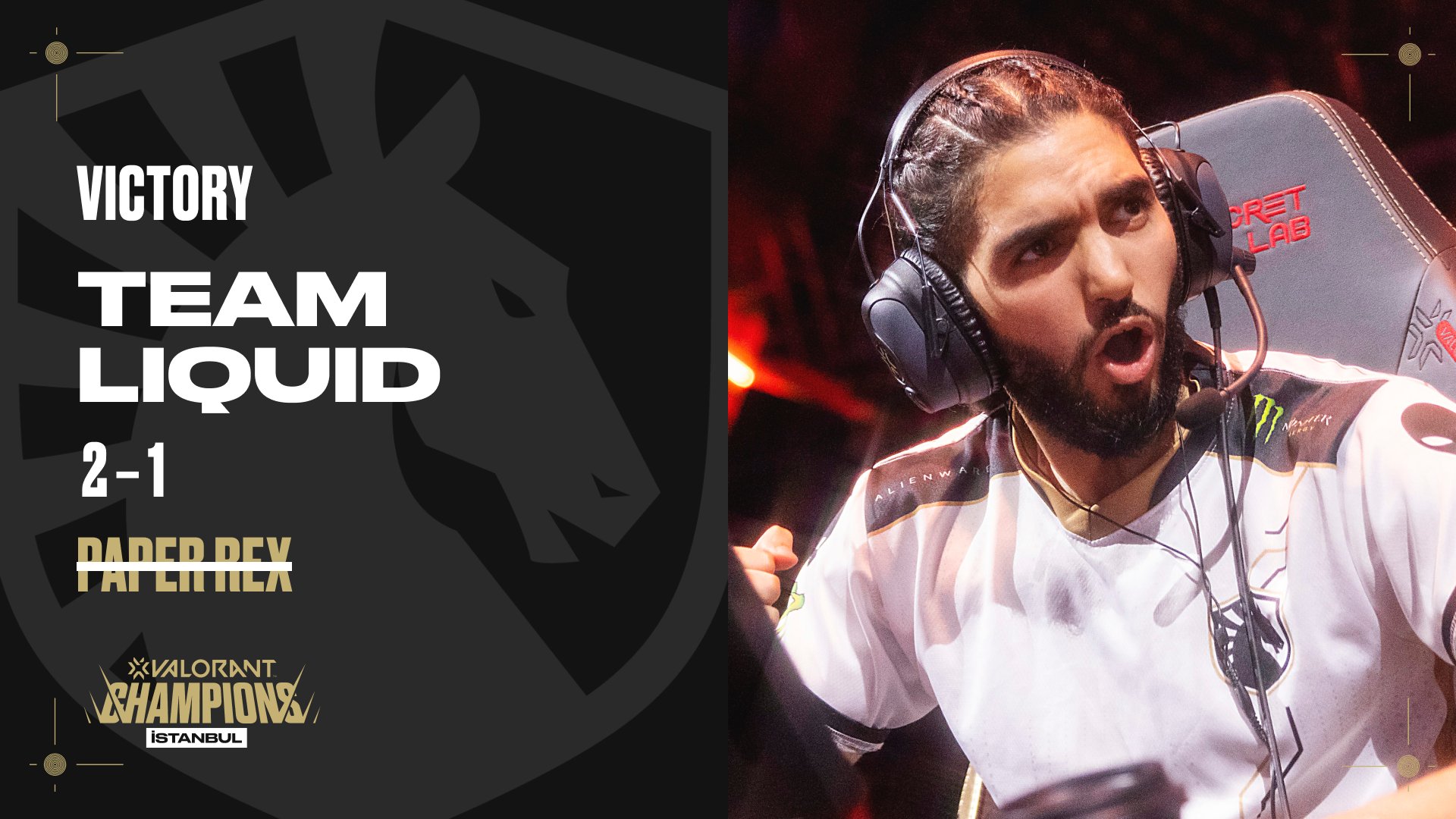 W key to their deaths – PRX crash out of VALORANT Champions

Paper Rex, one of the favorites to take home the VALORANT Champions 2022 trophy, has just been knocked out by Team Liquid.

The APAC team who captured hearts at the previous LAN events with their ‘Hold W‘ style fell to the EMEA team 2-1.

Team Liquid is fronted by Jamppi and ScreaM, their fragging combination proved to be the perfect foil for Paper Rex. Jamppi starred in particular on the first map, Haven, where he finished 29-18. He didn’t top frag that map, however, as PRX’s Jinggg finished 30-21.

Haven was an incredibly close map as Liquid battled back from being down most of the game to take the map in Overtime.

They likely wouldn’t have been able to if f0rsakeN hadn’t struggled so much, but they successfully limited him to just 16 kills. The map finished 15-13 in Liquid’s favor.

PRX bounced back on their map pick of Pearl. It was floated by Liquid, who have typically been second banning it, although they may reconsider this after their 13-4 drubbing.

Jamppi did at least keep up his strong performance with a 17-12 scoreline on Chamber. Although that wasn’t as good as his Chamber counterpart f0rsakeN, who this time topped his team with an 18-8 score. Ardiis, take notes.

Ascent also wasn’t as close as Haven. This time it was Liquid who came out on top as Paper Rex’s normally dominant Attacker side fell flat against a well-oiled Liquid side.

There was a mountain to climb for the APAC side after falling 8-4 at the break. They failed to overcome the deficit, however, as Liquid took the map 13-8. Very Liquid player finished with a positive KD on Ascent, while none of the PRX players did.

The map scores were as follows:

This is a shame, Paper Rex are the most fun team in VALORANT