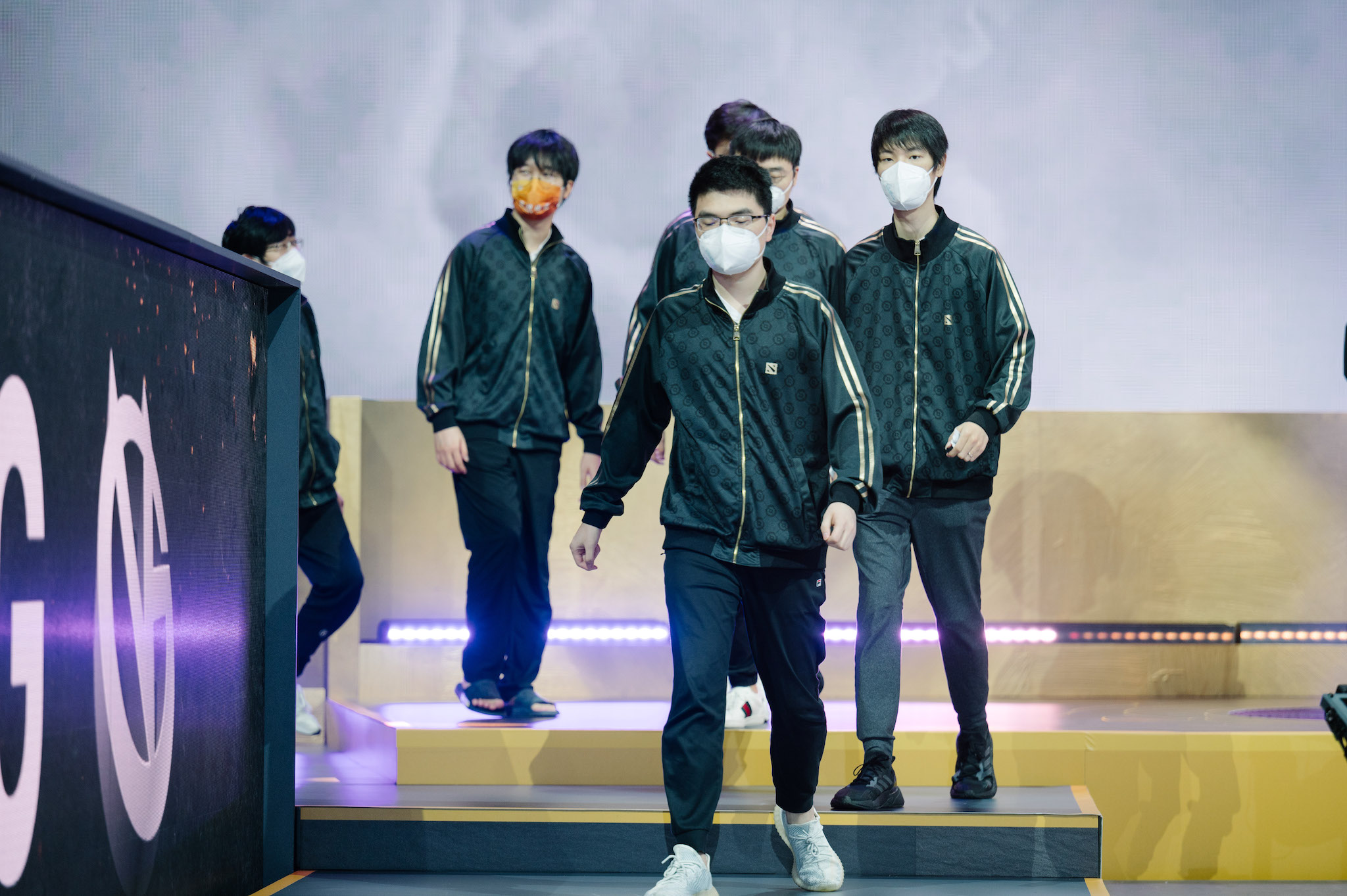 T1 vs Vici Gaming game one can be summarized in one simple sentence; VG not being able to secure even a single tower during the entire game despite having Leshrac - a natural tower pusher - in its ranks.

Not difficult to guess as to how the game went right?

To those unaware, Vici Gaming suffered a terrible loss against T1 in their opening game in the lower bracket eliminator. Karl played out of his mind on Lina and was right clicking enemy heroes like there was no tomorrow.

VG had no answer to T1 onslaught no matter how hard they tried, and despite a Leshrac in their line-up, they were unable to destroy even a single tower. It was to this extent how badly T1 wanted to dominate, and dominate they did.

With no answer in sight, VG sulked into their own misery while T1 walked away with a well deserved victory.

Game two was a do or die situation for VG or else they would be eliminated from TI10. Both sides played cautiously with VG opting for a late-game scaling lineup with locking capability and T1 opting for a heavy tank-push and initiation laden lineup.

Up until 30 minutes, the game was dead even until a bad fight for T1 catapulted VG’s networth to 12k. Within the next 8 minutes, VG continued to build up pressure on T1 and with the latter being on the clock to end the game early and not having a scary late game when compared to the former, it was the Chinese team that got the victory and tied the series.

The deciding game saw T1 and VG gaming opting for their comfort picks. Wraith King and Magnus for 23Savage and Kuku, respectively and, Tiny and Shadow Fiend for Poyoyo and Ori, respectively.

The game was neck-deep even for the majority of the time and it all came down to who took the better objectives. It was VG who came out on top by clinically picking off T1 players across the map and getting all sides mega by 28 minutes.

WIth a huge deficit and relatively low farm on Wraith King, T1 had no choice but to feel helpless and bow out of TI10.

A solid victory for VG who lost their opening games in a horrendous manner to EG and T1 in the lower bracket but bounced back even stronger in the following games.