Round 2 of the Challengers 2 Main event is here!

FNATIC and Liquid, both of the EMEA Masters 2 representatives, are still pushing their way through the upper bracket to secure their spot in the EMEA playoffs.

Let's get into the games. First, take a look at the bracket to start the day. 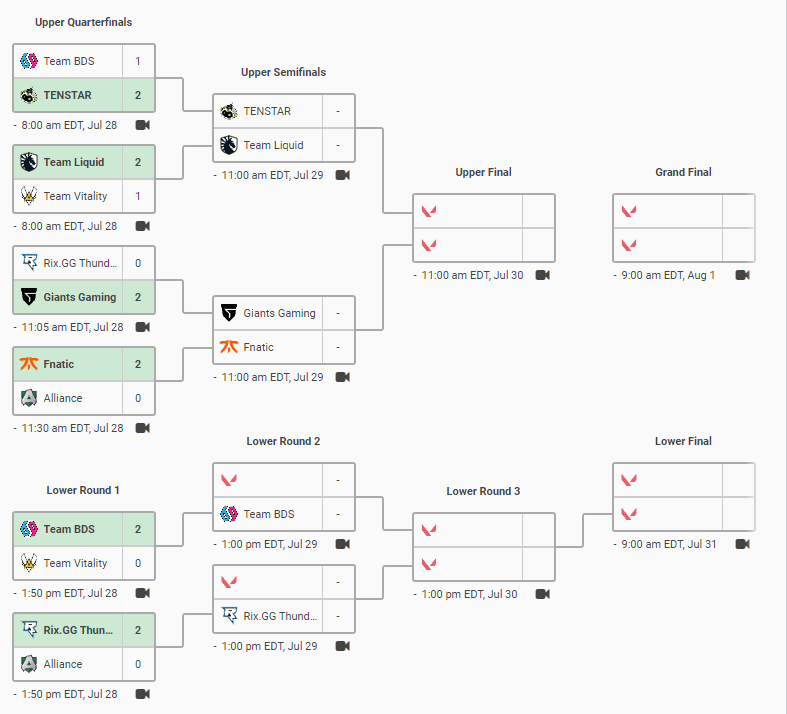 FNATIC absolutely dominated Icebox, holding Giants to only 3 round wins.

It was a different story on Bind, where Giants controlled both the attacking and defending side, winning the match 13-7.

Ascent was one of the most back-and-forth maps you'll see in pro Valorant. Giants had the upper hand several times, only to give up a round and let FNATIC back in it.

Finally, after 34 rounds, Giants won two in a row and sent FNATIC to the lower bracket.

Haven was a back-and-forth battle with both teams trading rounds. Liquid was able to get hot at the right time, though, winning the final three rounds and taking the map 13-10.

We had a similar story on Breeze, with TENSTAR taking a lead and Liquid battling back to force overtime.

Liquid swept the two overtime rounds and, at the same time, the series, sending TENSTAR to the lower bracket to face RIX.GG later today.