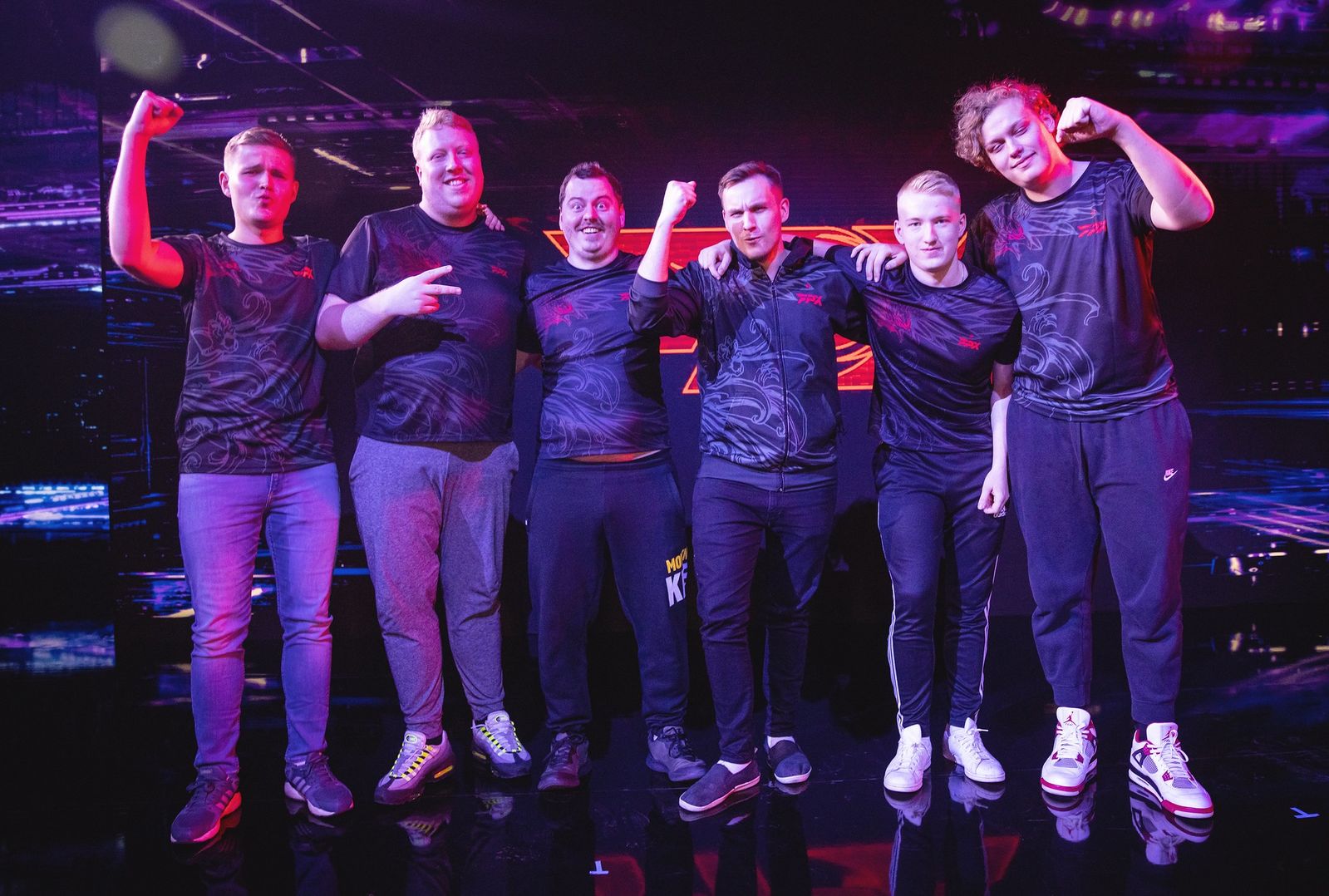 A New VCT Champion is Crowned

Sunday was Grand Finals day at VCT Masters Copenhagen as FunPlus Phoenix faced off against Paper Rex, the first APAC team to ever make the Grand Final of a VCT Masters event.

FunPlus Phoenix had made an impressive run to get to the final, coming all the way through the Lower Bracket after starting the tournament without one of their stars, SUYGETSU.

Paper Rex had become the people’s champion at this event, gaining a host of fans with their lightning-fast, hold W style that no team had been able to handle in the run-up to the final.

Would FPX be the first to do so to win yet another event for an EMEA squad? Let’s break it down map by map to find out.

Going into this match, PRX had a beyond impressive record on Bind, with their one loss in 9 games coming against OpTic in Saturday’s Upper Bracket Final. Despite this, it was FPX who looked like the map specialists, as they raced to an 11-0 lead.

SUYGETSU and Shao were the big hitters, despite an overall strong team performance from FPX, as their passive play consistently shut down the aggression that PRX is known for.

In fact, this was the story of the map as a whole, although cheers went up from the crowd as f0rsakeN picked Yoru, no one was cheering when even ANGE1 was easily able to pick up a 2k against three PRX players pushing showers.

The only time it did work was in the final round of the half, but even that came down to a 1v1 from the 2v4, which Benkai won by running down the clock thanks to his Rolling Thunder.

FPX looked to close out the second half quickly, if not for a PRX force buy on the A site; but with 12 rounds already, it wasn’t long before they closed out the map 13-3 thanks to ANGE1’s Orbital Strike putting mindfreak in an unwinnable clutch.

Eager to not let Bind set the tone for the series, PRX began their Icebox Attacker side as expected – like a battering ram.

Despite FPX picking up a round win in the bonus round, they would not find another round win until round 8, partially down to a Jinggg ace on round four that showed exactly what you can do with Sage if you decide to get creative with her abilities.

The stars of both sides, f0rsakeN and ardiis, both struggled, but it was the Latvian who took the brunt of this as he consistently lost his Operator duels against d4v41 in a Jett versus Chamber battle.

Down 9-3, FPX attempted to mount a comeback on their own Attacker side, but unlike Bind, they simply couldn’t handle a PRX who pincered every attack before it really got going and the map finished 13-7 in the APAC teams’ favor.

Once again, PRX won the opening pistol round, and again FPX reply with a win in their bonus round, however, this time they also won the first gun round, perfectly countering PRX’s early Halls aggression.

The first half remained even, with rounds being traded back and forth. FPX looked to win it and gain the upper hand thanks to a thrifty win and a huge SUYGETSU 2k in the opening of round 12. However, f0rsakeN Neon dashed straight back into them and PRX rolled the FPX defense for a 6-6 tied half.

FPX then took the lead in the second half pistol round as they were ready for PRX’s Dish aggression, although their bonus round was made too uncomfortable to win due to d4v41’s economic damage in the conversion round.

The rest of the half was all FPX’s, as from the first gun round they countered what was ultimately careless aggression from their APAC opponents, first through Shao in that round, and ending it with SUYGETSU in the final round as FPX took the map 13-7 and gained a 2-1 lead in the series.

Haven began as the closest map yet, with the first four rounds being traded back and forth thanks to multiple thrifty wins from either side. While PRX eventually stopped this trading to go 3-2 up, FPX immediately clawed one back in their first gun to tie the map 3-3.

The half continued to be as close, with rounds continuing to be traded. F0rsakeN was the big hitter, as he closed out the half 17/7/2 on Chamber, while his opposite number, ardiis, continued his rough start in the series to end the half 7/8/1 with PRX 7-5 up in terms of score line.

As PRX switched onto the Defender side, it was Jinggg and mindfreak who took over, as they prevented all but Shao from having a positive half.

Shao had one huge 1v2, trading Jinggg just as the Showstopper exploded at his feet and killed him, but it wasn’t enough to stop PRX from finishing the map with another 13-7 scoreline and taking us into the final map of the series.

With Breeze being a surprise stage for the final map, everyone was even more surprised to see both teams smashing apart the map’s meta in an attempt to get one over on the other.

FPX started strong, going 3-0 up after winning pistol and their eventual bonus round, although a misread in the first gun round allowed for PRX to get back into the game and reverse the scoreline into a 5-3 lead. Although this didn’t count for much, as FPX won the next four and lead the map 7-5 at halftime.

Things almost got dicey very quickly for PRX in the second half pistol round, as ardiis looked to close out a 1v3, but he thought too much about the situation and eventually lost it to time, allowing PRX to gain a 9-7 lead by the end of their won bonus round and the eco that followed.

It was at this point, however, that ardiis, the FPX star who had struggled throughout the series, finally decided to come alive and, alongside the stable SUYGETSU, FPX went on a six-round win streak to close out the map 13-9 and the series 3-2 to be crowned as the VCT Masters Copenhagen Champions.

Shoutout to SUYGETSU for this 4k to close out the series, which will surely become one of the most iconic plays in all of VALORANT history.

A heartbreaking loss for PRX, who could’ve made history for their region, but a phenomenal win for ANGE1 and his crew, as they became the fourth EMEA team to win a VCT event.

I don't really have any thoughts right now... ardiis invited everyone to the after party and it's gotten a little messy... I guess he deserves it though