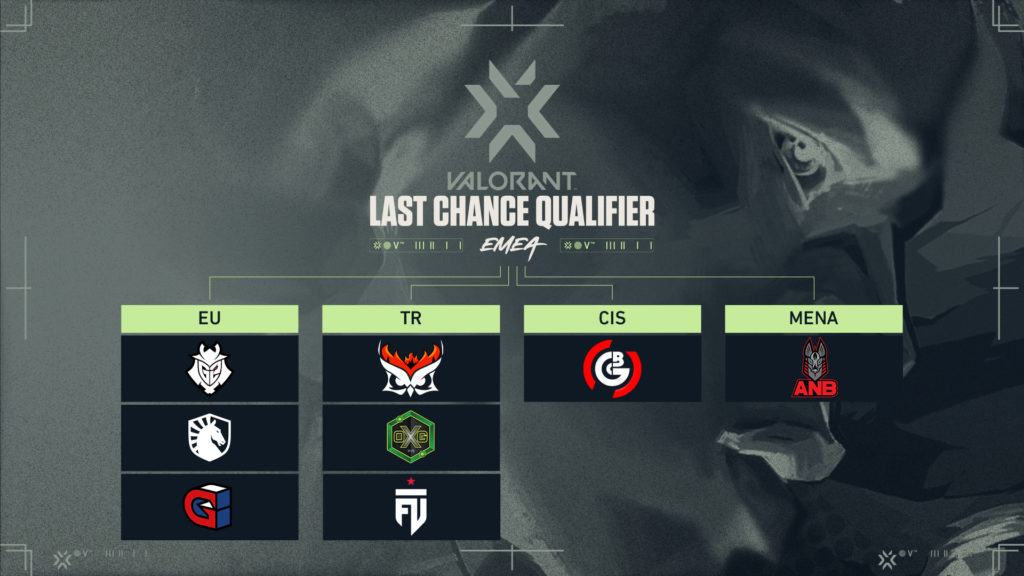 The VCT Last-Chance Qualifier is the final opportunity for the eight remaining EMEA teams to secure the final spot in December's Championship.

Ahead, we'll give you a look at the bracket, the favorites, the underdogs to watch, and more. 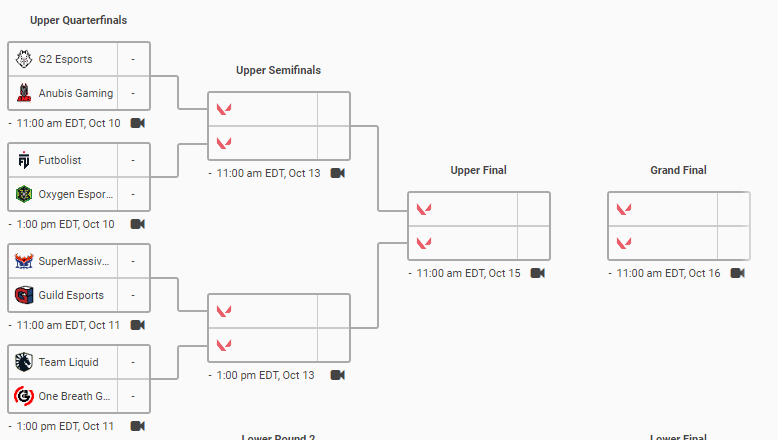 Fans of EMEA and NA Valorant know the clear difference between the two regions.

There's some debate over which one has the stronger players, but it should be fair to say that EMEA has more teams at the top of the heap than NA does.

Since this is the case, LCQ is truly anyone's tournament. It's easy to make G2 and SMB the favorites, but there are also strong arguments for Guild, Liquid, and even Oxygen Esports.

I'll have my pickem below, but EMEA doesn't feel as easy as NA. I wouldn't even be surprised to see CIS and TR teams that haven't competed in EMEA win a match or two against the perceived favorites.

G2 and SuperMassive Blaze have to be the favorites going into EMEA LCQ after their performances at Masters 3.

SMB only lost to Acend and Gambit, both of whom have already qualified for Champions.

G2 looked strong throughout, and only lost to Gambit (the winner), Acend, and SMB while trading games with Sentinels from NA.

As for the underdogs that could make some noise, I'm rooting for Team Liquid to bring it back together and for Oxygen to take the next step. 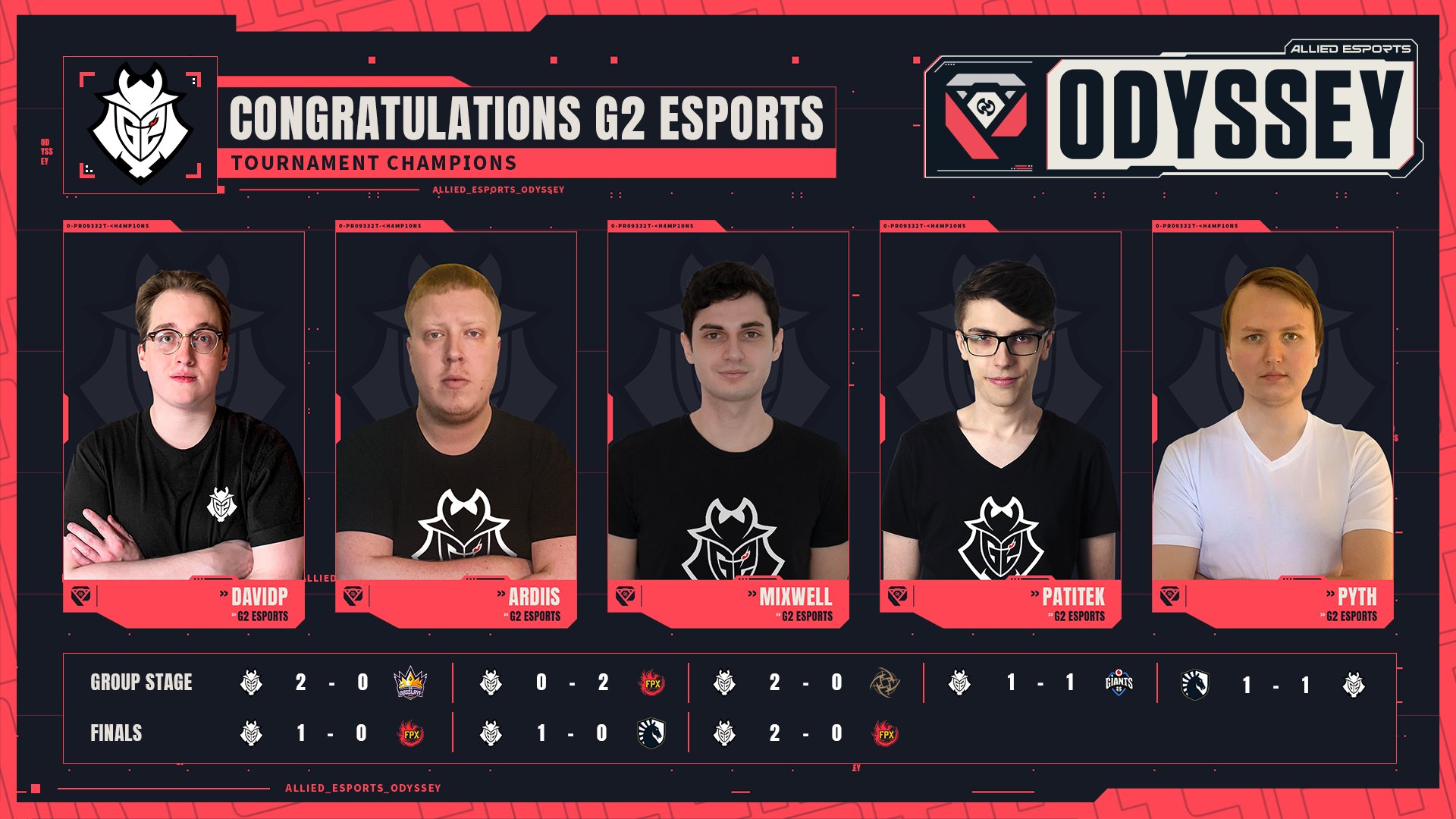 Recency bias is going to heavily effect my picks in EMEA. I'm putting SMB and G2 at the top, with a potential for Guild to play spoiler and Team Liquid to make a deeper run than some might expect.

Apart from that, it's hard to incorporate teams that fell short in EMEA playoffs or missed them altogether.

Of course, with TR and CIS competing outside of EU, I could be entirely underrating some of these regions and overlooking some of the teams that have underperformed to date.

The fun thing about EMEA is that any team could win the tournament. I'll be excited to see my bracket blow up in the first round, but here goes nothing. 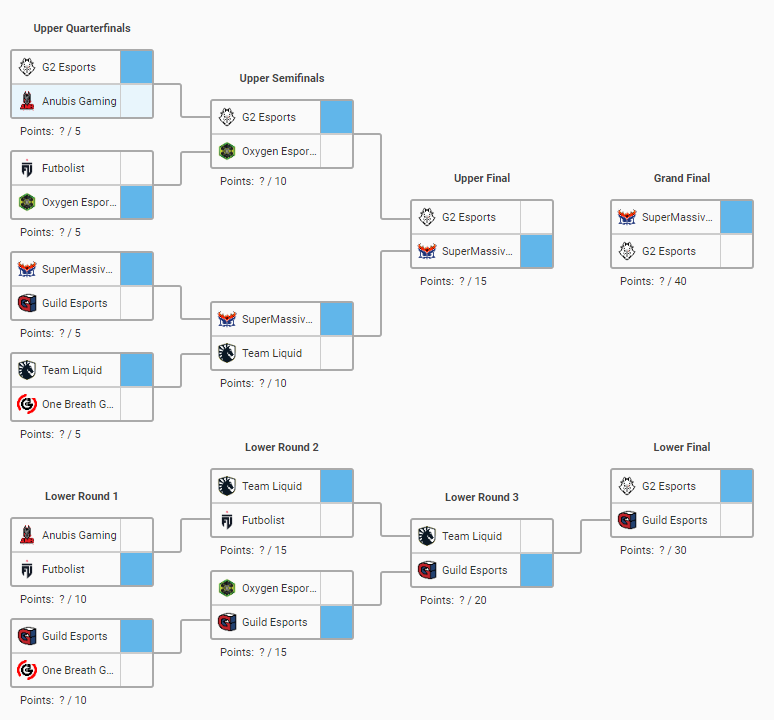