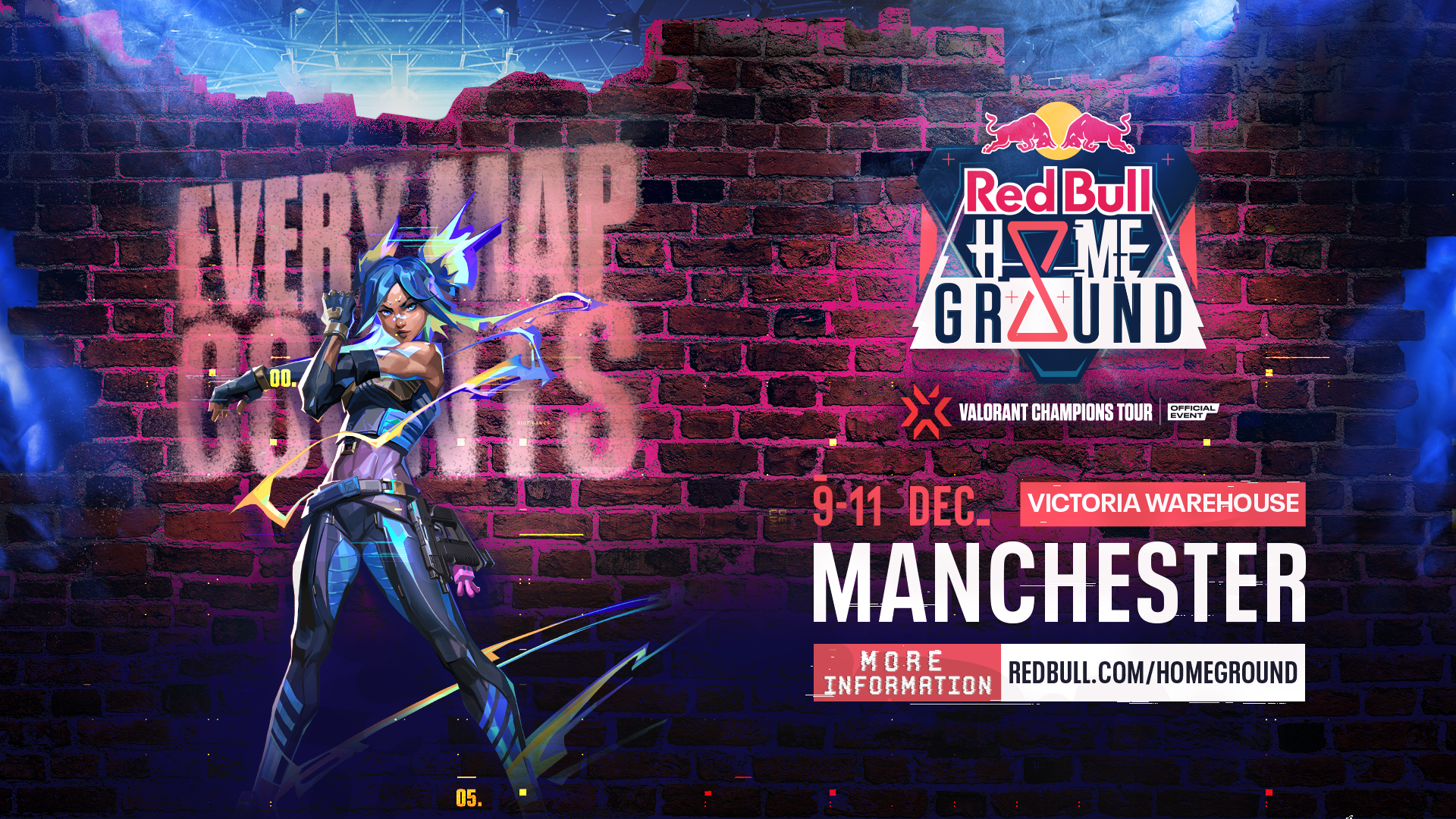 Red Bull have partnered with VALORANT to bring another iteration of the popular offseason tournament, Red Bull Home Ground, back to EMEA.

Eight of the top teams in the region will battle it out for their share of a $100,000 prize pool in Manchester England on December 9-11.

The list of teams in Red Bull Home Ground is as follows (we’ll update this list as more teams are added):

The eight-team VALORANT tournament will begin with a group stage on December 9. Each participating team selects a “home ground” map, putting a wrinkle in traditional VALORANT events.

If a team wins both “home” and “away” matches, they’ll advance. If both teams win their “home” match, they’ll play a tie-breaker to decide the winner.

After the group stage, two teams will automatically advance to the semi-finals and two teams will be eliminated. The following four teams will play best-of-five matches in the quarter-finals.

The winners of the quarter-final matches will advance to the semi-finals, where the final four teams will battle to make it to the Grand Finals – you know what happens there.

As usual, you’ll be able to watch the event live on the Red Bull Twitch and YouTube pages.

Those in Manchester during the event can purchase tickets while they’re still available.

The event begins on December 9 with the group stage and will run until December 11 with the semi-finals and finals.