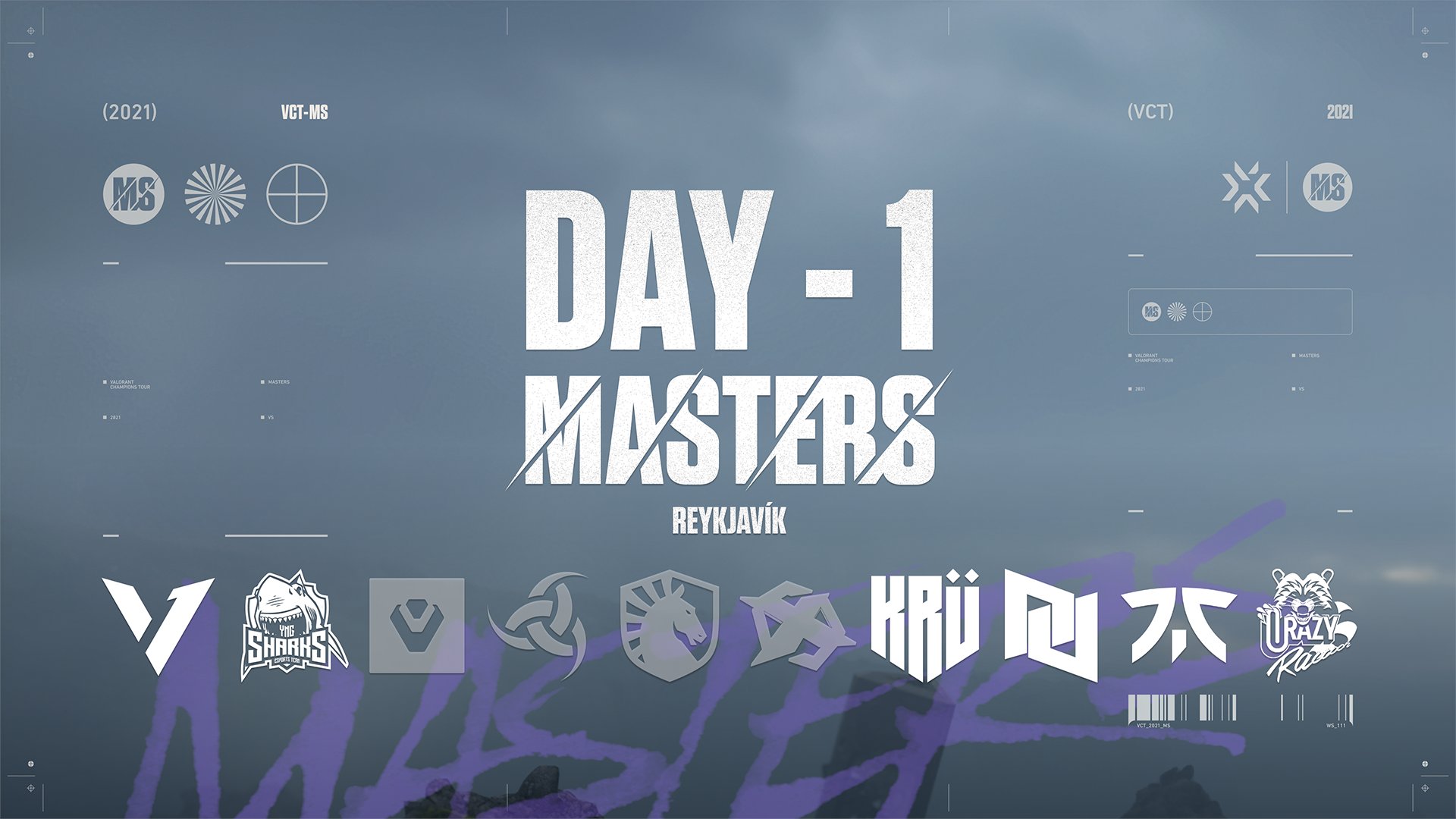 It's here! The first Valorant LAN event is finally under way, with the first day of Masters 2 set to kick off in Iceland.

FNATIC was a favorite coming into their first matchup with KRÜ, mostly because of the region, with FNATIC coming from EU and  KRÜ coming from LATAM.

KRÜ picked the first map, Haven, and took an early lead on the EU runner-up, but ended up getting rolled by FNATIC on their own map pick.

We're on Icebox for Map 2! 🤟
Can @KRUesports bounce back to bring us to map 3?#VALORANTMasters

Map 2, Icebox, was more of the same. KRÜ had no answer for the aggression of FNATIC, with Derke leading the way with some massive frags.

In the end, FNATIC took Icebox and the first round of the VCT Masters, easily. They'll be facing NA sweethearts, Sentinals, in the second round, tomorrow.

The lead didn't last too long, however, as Crazy Racoons brought it back to tie it at 7-7 after the half. In the end, Version1 was able to walk away with the 13-11 victory.

At one point, it looked like Version1 was going to blow it after nearly throwing two rounds back-to-back. Thankfully for NA fans, they were able to hang on.

Map 2 was V1's pick of Icebox, which is historically a strong map for both teams.

After a massive technical pause in the middle of the match, it was Version 1 who edged out the map, taking the series 2-0

The Korea vs Brazil matchup began on Haven, where Sharks took an early lead and never lost it. Gaabxx, the Sharks Battle Sage, popped off on Haven. It seemed like he couldn't miss a shot if he tried.

The momentum was entirely on Sharks' side going into map 2, with NUTURN having no answer for Sharks and their strats.

Once the two teams began playing on Bind, it became clear that NUTURN didn't have too much experience on Haven. They dominated Sharks on map 2 and took things to the first map 3 of the day, Ascent.

Game 3 made it clear that one of two things happened on Haven: Sharks are Gods on the map or NUTURN has no experience on it. NUTURN was a different team on Bind and Ascent.

The early domination completely demoralized Sharks. NUTURN took the lead and never looked back. They move onto the second round.