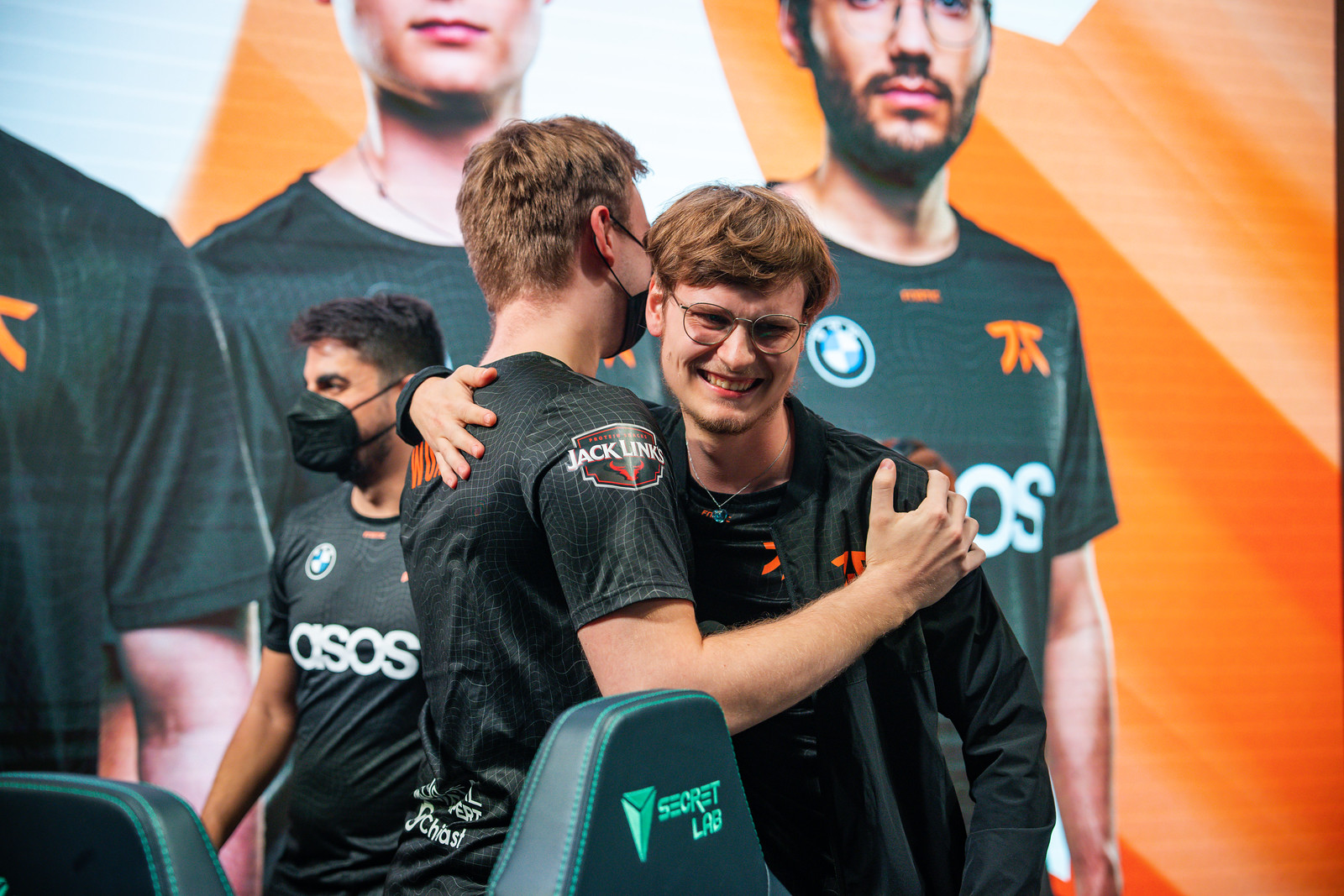 Jet lag doesn't exist for him

Fnatic and Elias “Upset” Lipp started their Worlds 2022 campaign in the best way possible: with two wins and a Pentakill. It took only two games for the superstar AD carry to score his first-ever Worlds Pentakill, sending a strong message toward his opponents.

Fnatic successfully defeated both Evil Geniuses and Chiefs Esports Club, and will sit on top of Group A after Day 1.

No scrims is the winning recipe for Fnatic

So far, Fnatic was unable to practice against other teams, due to uncertainty around their roster, but that didn’t stop them during Day 1 of Worlds 2022.

In fact, jet lag seems to be non-existent for Upset as he scored a Pentakill hours after landing in Mexico, and Fnatic showcased great gameplay during their first two Worlds play-in games. Despite the multiple issues surrounding Fnatic, as well as players testing positive for COVID before the first game day, the team had a top-notch performance.

Could it be that this team thrives without any practice? Maybe, but time will tell.

Furthermore, both Rhuckz and Upset went deathless during Fnatic’s games, potentially going against many people’s expectations as neither bot laner played with each other extensively beforehand. Hopefully, you had Upset locked in the Pick’ems category of “Who would get at least one Pentakill,” because those are some easy 100 points in the bag. None of us at Jaxon did.

Against the odds: Fnatic set to do damage at Worlds 2022

The community was writing Fnatic off before the start of the competition. However, they are already changing the community’s perception. Despite the fairly decent group and easier competition compared to the Group stage, this is the perfect opportunity for Fnatic to gain momentum and do serious damage.

If the team qualifies for the next stage, they will be placed in either Group A or B, with solid opposition only. Play-ins could be the perfect practice for the team, especially after defeating their biggest rival for the first place – Evil Geniuses.