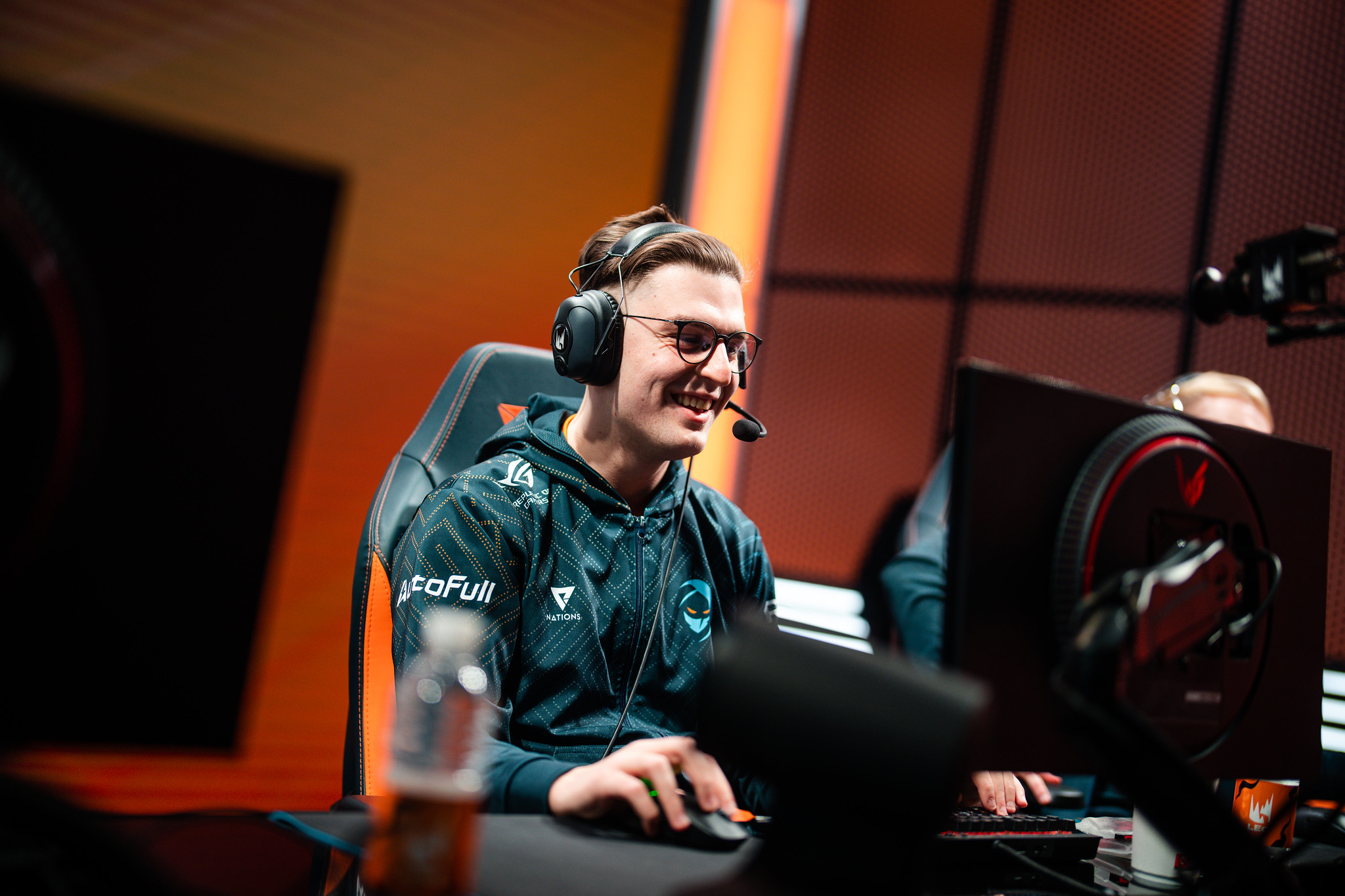 Unlike the 2022 LEC Spring All-Pro first team, Jaxon’s has no Upsets

The LEC All-Pro first team are altogether unsurprising, be it in their straightforwardness, the lack of alternatives and, sometimes, the amount of hype a pick has gathered over their competitors.

If anything, nobody has attempted to reinvent the wheel—a massive relief considering the disaster that ensued in the third-team selections.

Nevertheless, Jaxon’s decision is rather upsetting. Even one of our writers wouldn’t have any of it.

No Upset? On Jaxon’s First Team?

It was very close to call, but we prioritized efficiency at the position above safe play.

Neon had a very compelling case as his presence and occasional flanks divided their opponents’ attention during teamfights and provided Misfits massive leads as Vetheo was free to style upon folks. However, Upset’s near-surgical approach netted him second place.

In first place, Comp stands out as the all-arounder: a mechanical beast with knowledge of when to risk it all, and when to wait patiently for an angle. And he was not on a strict carry duty: his impressive Jhin may create waves during the playoffs if needed.

A tight-aggressive player, Comp stands between Neon’s loose aggressive approach and Upset’s almost tight passive one. Rather than waiting for “the right opportunity” or “creating an opportunity at all costs,” he chooses his moments wisely.

As such, Upset’s KDA record be damned: Comp was our first-team pick. No amount of stats greatness will replicate the impact that Comp had on Rogue.

Odoamne, Malrang, Vetheo, Hylissang: this is what peak 2022 European League of Legends looks like. To the exception of Vetheo (and possibly Hylissang), each player stands far above their competition.

Nobody in Europe can match this team: a weak-side top lane king who can carry at a moment’s notice; a team-oriented jungler with a knack for odd yet efficient timings; a spectacular mid laner with ice in his veins in the clutch; and The Professor™ of support, a playmaking machine. You could put an Iron IV at AD carry, and they would still finish in the playoff race.

This stack includes three strong MVP candidates: we suspect many lists to feature Malrang, Vetheo and Hylissang in no specific order. Spoiler alert: our list does.