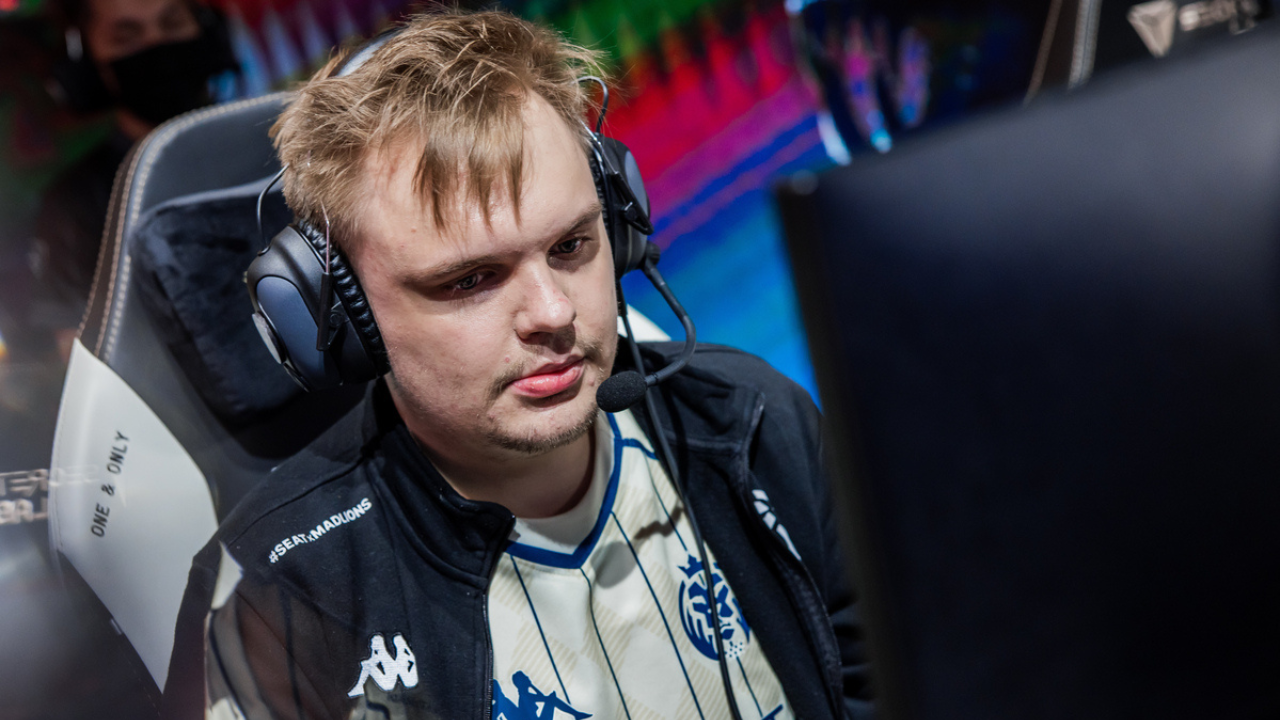 From LEC All-pro to NA Academy?

UNFORGIVEN reportedly joining 100 Thieves, but not the LCS roster?

According to esports reporter Brieuc “LEC Wooloo,” William “UNFORGIVEN” Nieminen is reportedly joining North America’s 100 Thieves after he was “left out” by LEC teams. However, it is still unknown if the former MAD Lions’ AD Carry is signed for the main roster, as there is a chance he will play in the Academy in 2023. A crazy timeline we live in.

UNFORGIVEN comes off a great rookie year in the LEC, as he was selected as the All-pro AD Carry for the Summer split. Yet, abysmal Worlds performance caused MAD Lions management to revamp the roster. Alongside UNFORGIVEN, they decided to move on from their longtime support Norman “Kaiser” Kaiser and top laner İrfan Berk “Armut” Tükek, who is also reportedly heading to NA.

Despite proving himself as a very proficient young bot laner, the 22-year-old had no offers from other LEC teams. According to Seeger, he chose 100T over the LFL giant Karmine Corp. Makes sense, you’d say, but there is a catch. If the report is accurate, it is still unknown if he is in 100 Thieves’ LCS roster plans.

A few days ago, Travis Gafford reported that 100 Thieves are looking to sign Yiliang “Doublelift” Peng, Søren “Bjergsen” Bjerg, Mingyi “Spica” Lu, and Alan “Busio” Cwalina. The deal is not done yet, as Fly Quest reportedly hopes to “steal” the veteran trio. Does that mean that UNFORGIVEN is willing to play in NA Academy?

It is a very odd decision, especially if 100T indeed sign Doublelift as a starting AD Carry. It is hard to imagine him getting out of retirement if his spot isn’t 100% guaranteed, and him getting benched is an unlikely scenario.

100 Thieves are moving on from their long-standing and Championship-winning roster core. The departure of their General Manager, Chris “PapaSmithy” Smith, turns a new page in 100 T’s book and a potentially entirely different roster.

Getting UNFORGIVEN’s signature is certainly a great move, regardless of how the rest of the offseason unfolds. Whether he is a starter or playing in Academy, many eyes will be pointed at the Swede.

Unlike LEC, LCS’s offseason is progressing extremely slowly, and everyone is waiting on the first “big dominos” to start falling. Top laners such as Jeong “Impact” Eon-young, Kim “Ssumday” Chan-ho, Gabriël “Bwipo” Rau, Park “Summit” Woo-tae, etc., are extremely valuable and high demand. Once they get picked up, the offseason will drastically pick up the pace.

However, 100 Thieves seem to be one of the teams “going big” in 2023, aiming to sign many high-caliber players alongside a few very talented youngsters. Judging by their early activity on the market, 100T is emerging as the early favorites to contend for 2023 LCS titles, especially considering most of the league is spending way less.