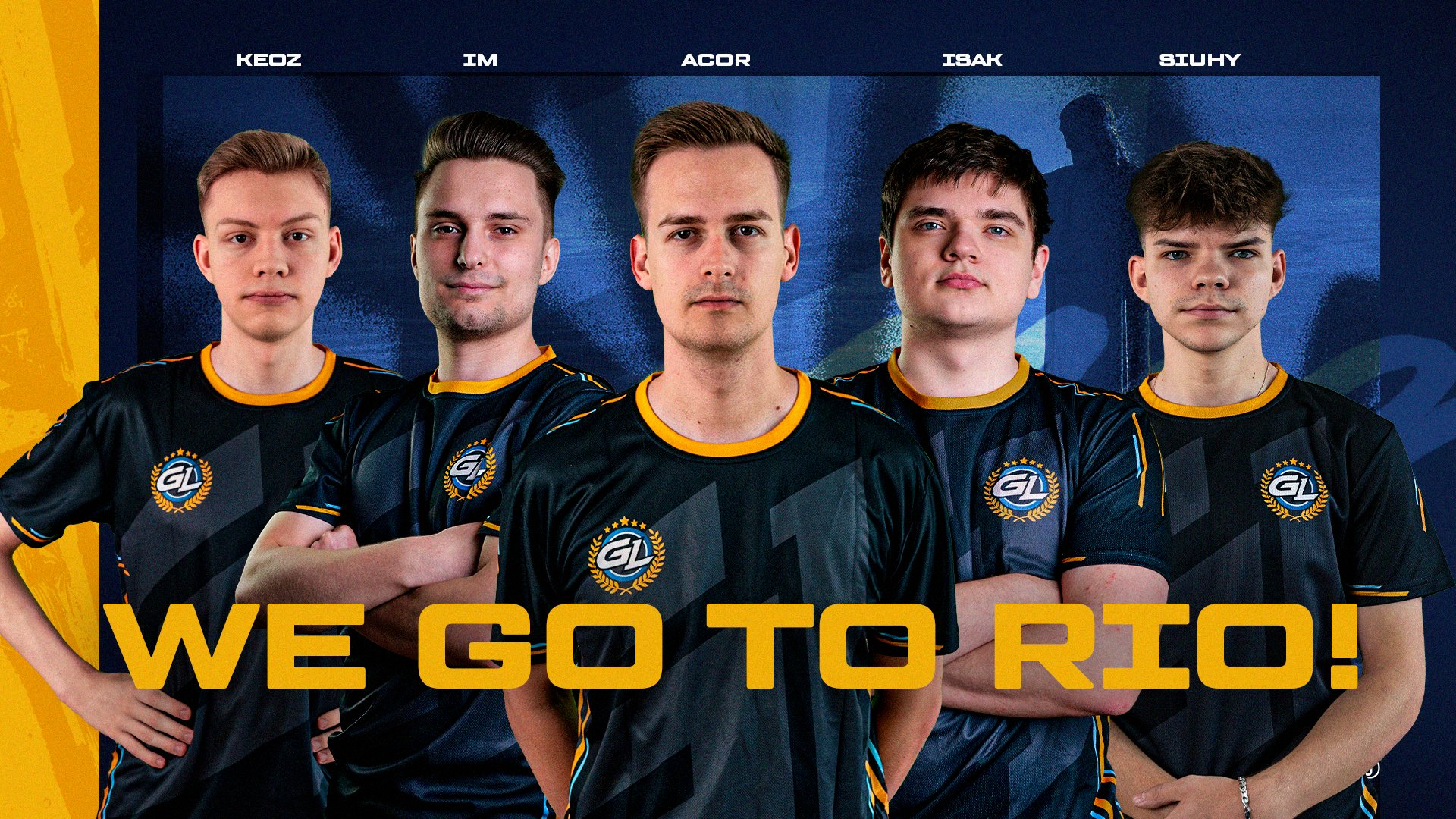 IEM Rio is set to be the biggest CSGO Major of all time, following the conclusion of the RMRs, the results are now in and we know all the teams attending.

With some huge upsets in the EU RMRs, there will be some big teams not in attendance come November. A thrilling event, we can’t wait to see what all the teams have in store for us when the Major comes around.

G2 and Astralis both disappoint

The big disappointments from the EU RMRs are G2 and Astralis. We’ll cut Astralis a little bit of slack given the situations with both Kristian “k0nfig” Wienecke and Nicolai “device” Reedtz, but they’re still an organization you simply expect to see at the Major. There are no real complaints they can have either considering stand-in Mikkel “MistR” Thomsen was the team’s second-highest-rated player. It was their mainstays who let them down.

Interestingly, this result at the IEM Rio RMR also means it will end Andreas “xyp9x” Holsjeth’s consecutive Major streak at 17. That means he will miss his first Major in CSGO. After qualifying with Vitality, it is now only Peter “dupreeh” Rasmussen who has attended every Major in CSGO history. That’s longevity.

G2 is without a doubt the bigger surprise. After looking reinvented since the beginning of Rasmus “HooXi” Nielsen’s tenure as IGL and even beginning the RMR with a 16-0 victory versus ECSTATIC, the tides turned quickly and they fell 1-3. With losses to both 1WIN and GamerLegion, this will go down as one of the most disappointing moments in the organization’s CSGO history.

Sticking with the new GamerLegion squadron, what a result this is for them in the IEM Rio RMR. With two close games against FaZe and Team Spirit, everyone was pleasantly surprised by the level at which they were performing at the event. They looked as if they would be the unlucky team that couldn’t quite get themselves over the line, but with wins against Aurora, G2, and B8, we’ll be seeing them in Rio.

Another pleasant surprise was NIP. Many questioned the signing of Aleksi “Aleksib” Virolainen, whose stock was at an all-time low following his unceremonious removal from G2. No one will be questioning it now, however, the change has seemingly unlocked Hampus “hampus” Poser, who starred as NIP surged through 3-0.

The other 3-0 teams were FaZe, NAVI, and ENCE. There’s no surprise with the first two, even if FaZe still looks as if they are far from their peak. ENCE on the other hand showed a massive improvement from their performances at ESL Pro League Season 16. This result is really starting to justify their new-look lineup.

OG has also qualified for IEM Rio, the result they would have hoped for when going into the RMR event. Mindblowingly though, it’s the first Major the organization will be attending since they joined CSGO. It’s understandable, considering they entered the scene just before COVID hit, but it still feels weird.

Elsewhere there were also strong performances from Sprout and Bad News Eagles, both of whom have qualified for IEM Rio with their results in the RMR. With their young squad, Sprout even went as far as qualifying for the Legends stage, an incredible result from them and also Ismail “refrezh” Ali in his new career as IGL.

To round off the EU IEM Rio RMR results, BIG survived a scare against k23 to qualify for the Challengers stage. With Fnatic and Heroic also qualifying for Rio, all of the members of the former Copenhagen Flames roster have qualified for IEM Rio. Well, except HooXi. Guess memes don’t matter when you can’t use your hands.

There have been no real shocks over in the Americas, but with Evil Geniuses making it to Rio, even the former CPH coach made it to the Major. Way to let the side down, HooXi.

Jokes aside, it’s a great result for EG in the IEM Rio RMR. With teams like FURIA, Team Liquid, and Complexity all in attendance, very few would have thought they had a chance of going 3-0. They beat the Brazilians to do so, a scalp which is a testament to their improvement since the arrivals of Daniel “vorborg” Vorborg and Sanzhar “neaLaN” Iskhakov.

Liquid was the other team to go 3-0, as they should expect to considering their current world ranking and the field of competition they were up against. Many eyes will be on them in Rio, with G2 out and FaZe looking mortal, it might just be time for Liquid to win their first Major. A feat they’ve got close to multiple times and arguably should have three years ago in Berlin.

The big disappointment, at least for the home fans, is MIBR. Playing under an iconic Brazilian organization, many would have expected them to fly through to the first Major to be hosted in Brazil. They fell 1-3, however, a result they will quickly look to forget about.

Nouns deserve huge credit for their performances at the RMR. They may not have qualified, but for a formerly troubled roster, their performances surprised many. Coach Kory “SEMPHIS” Friesen deserves high praise, as does Jeorge “jeorgesnorts” Endicott for his breakout event. He racked up a monstrous 100 kills in their BO3 win against O PLANO, a monstrous performance that carried his team to the win.

Overall it was a strong performance for Brazilian teams, with FURIA and 00NATION both qualifying. FURIA might be the current best team in the region, but having a Major in Brazil without the presence of Epitacio “TACO” de Melo and Marcelo “coldzera” David would have just felt wrong. Coldzera was quoted as saying “I don’t go to the gym, I don’t enjoy my life, I only play CS”, so we’re especially glad his hard work paid off with the best possible IEM Rio RMR result.

There will be more South American representation at the Major, thanks to the successes of 9z. Coached by Rafael “zakk” Fernandes, the man who coached Immortals to their Major Grand Final appearance back at PGL Krakow, 9z qualified for Rio 3-1. Their star was Lucas “nqz” Soares, the sole Brazilian on the team who put in multiple barn-burning performances on the AWP despite his young age.

The final south American team in attendance, much to the joy of the home fans, will be Imperial. After overcoming both paiN and Complexity in last-chance games. Gabriel “FalleN” Toledo and the boys will be in attendance. It’s fitting too, given FalleN’s intimations that the Major will be his final CSGO tournament. It just wouldn’t be a Major in Brazil without him and Fernando “fer” Alvarenga.

The boys are back

The result of the IEM Rio Asian RMR saw Grayhound qualify despite falling down to the lower bracket. Recently part of ORDER, the team entered the event under the returning Grayhound name. It clearly means a lot to Jay “Liazz” Tregillgas, who tweeted this after they qualified:

Rare Atom was the favorite to proceed to IEM Rio, so it was a huge surprise when they finished dead last. With losses against Grayhound and JiJieHao International, their result can be considered as a huge failure.

The other team to qualify was IHC, the Mongolian team who became the first of their countrymen to qualify for a Major ever at PGL Antwerp earlier in the year.