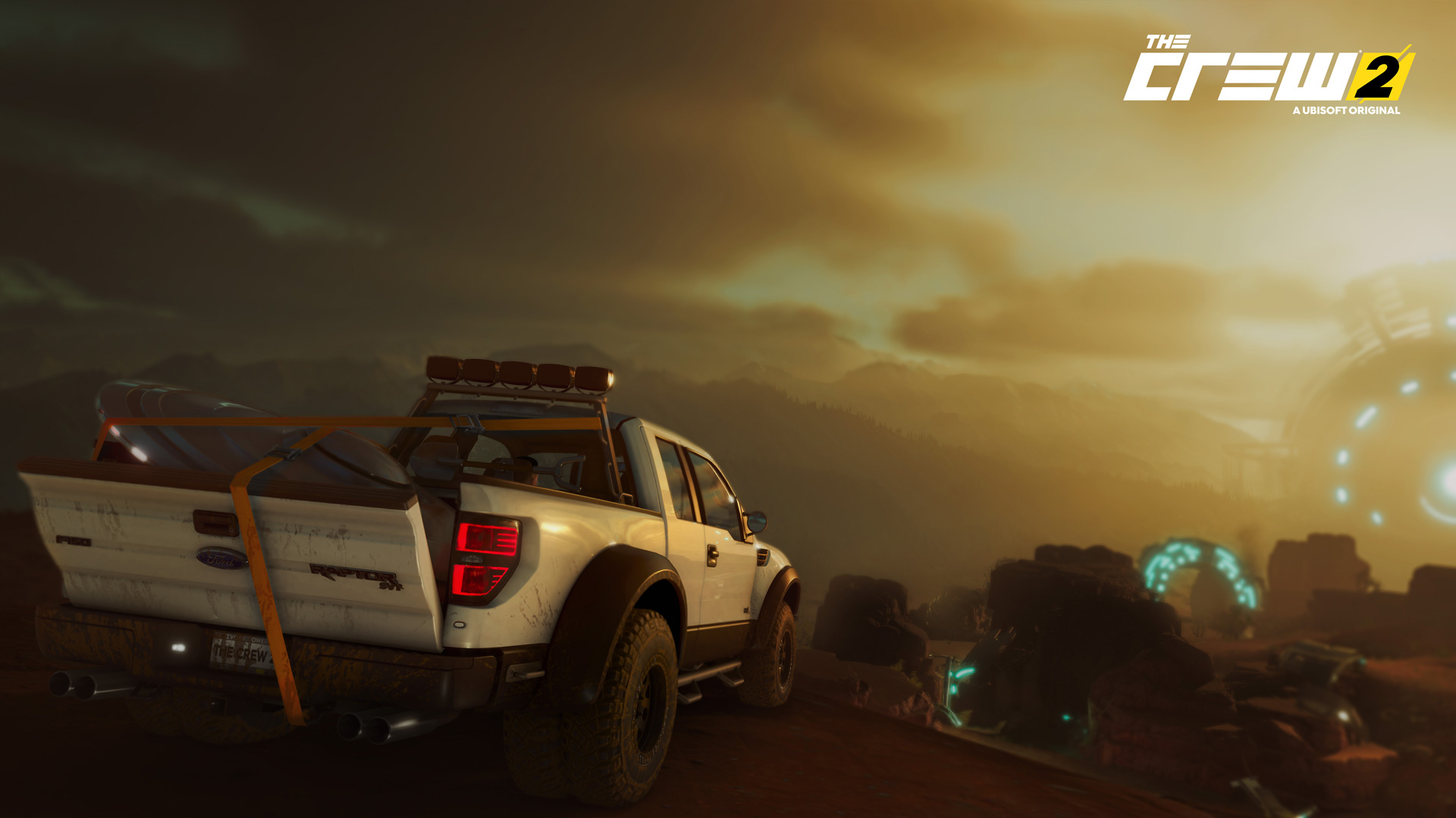 Ubisoft has released a new Riders Republic bundle for Crew 2, the open-world racing game developed by Ubisoft. The bundle can be applied to the F-150 SVT RAPTOR EVO 1 Enforcer Unit, a Rally Road Car, and features yellow smoke, yellow nitro, and a yellow underglow.

They posted a video on their official YouTube channel yesterday showcasing the new bundle on the powerful sports utility vehicle Ford F150 Raptor. It’s now available for purchase in-game at the Far & Beyond Store.

The trailer for the new bundle shows the Raptor racing through a variety of terrains, from narrow rocky dirt paths to overgrown, mossy forests and even along a jagged, snow-covered mountain peak. Inspired by Ubisoft’s sports racing game Riders Republic, the Raptor sports a striking ochre yellow color theme with undertones of pink and teal.

The Ford Raptor has been available ever since the first Crew was released back in 2014, and made a reappearance at the launch of Crew 2 four years ago. It’s specifically tailored for off-road usage, equipped with a 6.2L V8 engine capable of developing 411 horsepower at 5,500 revolutions per minute (RPM).

Along with the new Riders Republic bundle, Crew 2 has another update this week. Ubisoft has released the emerald-themed Scorpy Bundle for the Koenigsegg Jesko, a mid-engine limited edition sports car produced by Swedish automobile manufacturer Koenigsegg.

Fans will be interested to note that the Mitsubishi Eclipse Star Edition has returned to the Far and Beyond Store as well, and can be purchased using Bucks or Crew Credits.