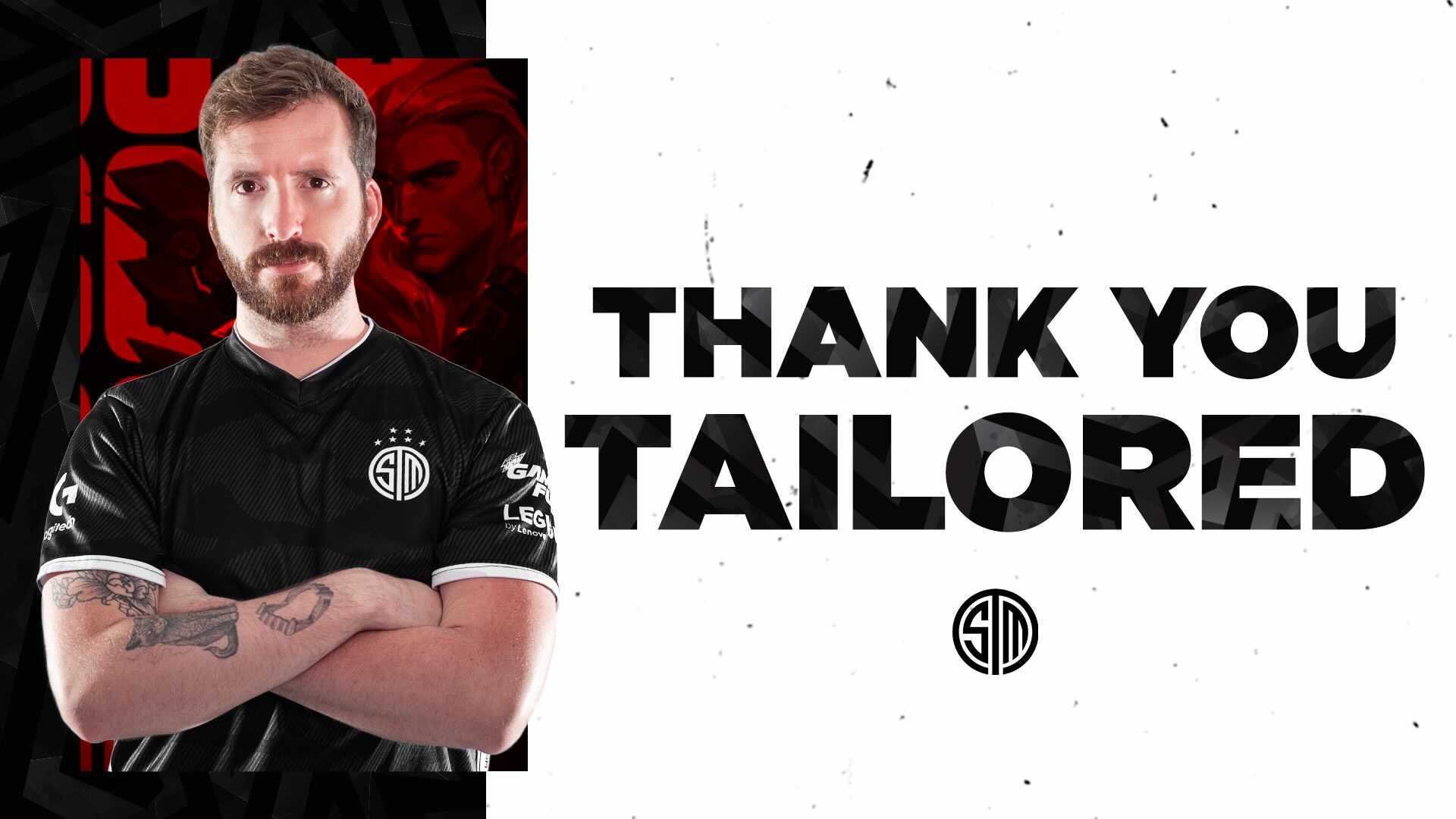 High-profile roster shake-ups continue at the end of the VCT Challengers 2 series as teams try to readjust ahead of the next competitive season.

Several tier-one organizations have parted ways with players and coaches over the past week, with the most recent being TSM and their now former coach, Tailored.

Tailored has been coaching TSM since the beginning of their Valorant run, so it will be interesting to see who they bring on to replace him. There are a lot of big names out there as coaches and former players leave their old teams, and TSM has one of the most alluring names in North American esports.

As usual, the split appears to be amicable, with both parties expressing their gratitude on Twitter. Tailored, for his part, said that he's open to offers from other orgs ahead of VCT 3.

A few weeks ago the org agreed to allow me to explore my team options. Grateful to my guys and to TSM for what we achieved together but it’s time to move on.

Open to offers as I talk with teams https://t.co/gD04k27xyP