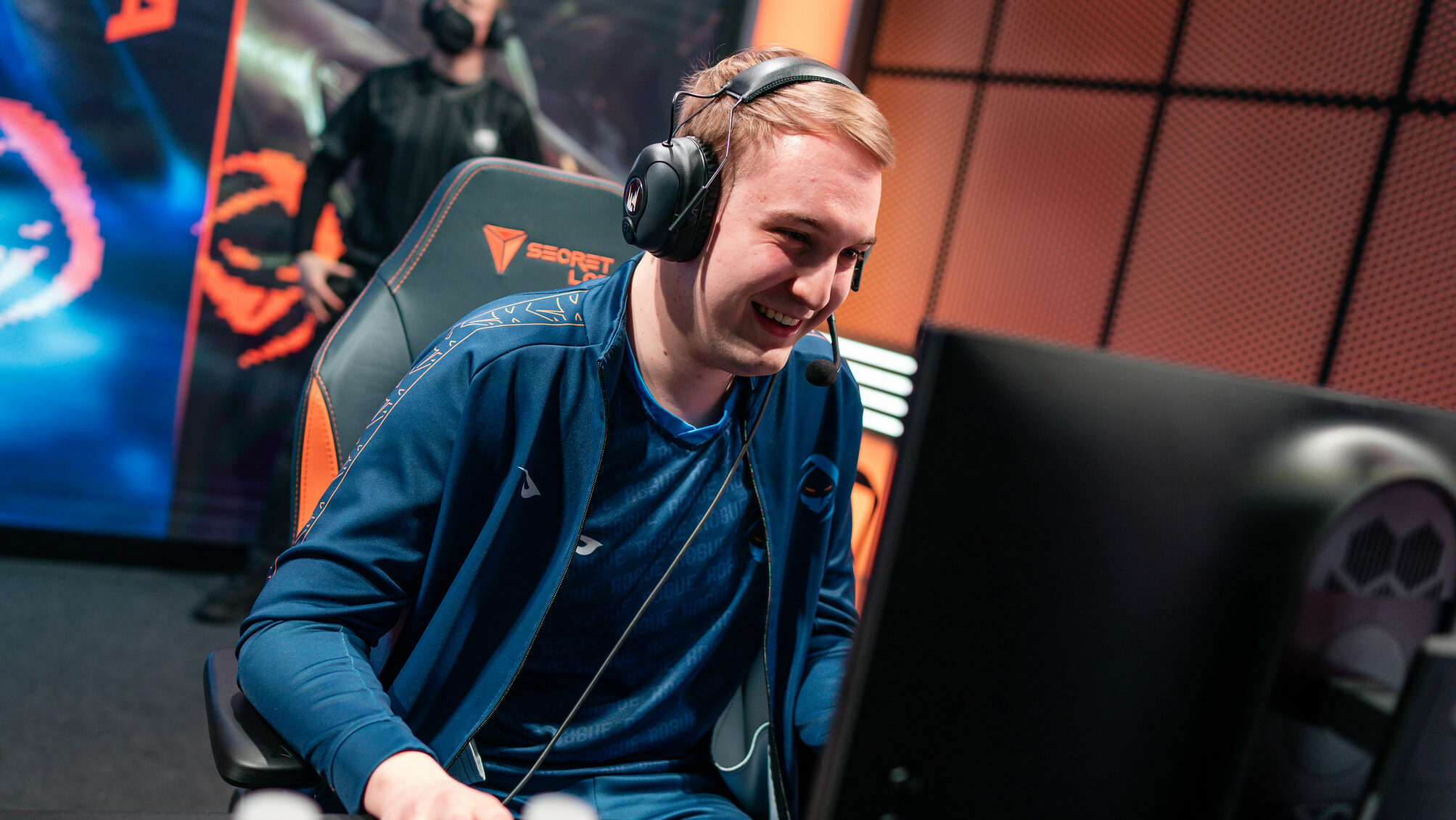 Rogue has fought its way to the 2022 LEC Summer Split finals event in Malmö and secured a spot at the 2022 World Championship, after a nail-biting win over MAD Lions. Besides great teamplay and a strong mental, one of the keys to victory in this important series was Rogue support Adrian “Trymbi” Trybus who we happened to interview after the win.

Although Rogue didn’t manage to follow up the win by beating G2 Esports for a direct spot in the grand final, this win over MAD Lions is the most crucial one. Trymbi addressed what it meant to him to qualify for Worlds for the second year in a row, and how pressure has been treating him during his second year on the LEC stage.

Trymbi talks mental strength and how it helped make Worlds

The series against MAD Lions will be one to remember, for Rogue, their fans, and the viewers. It turned into an intense five-game thriller, where Rogue had to make a comeback in the fourth game and keep their mental strength for a fifth game.

It was a series that required a lot of confidence and a deep strategy book to come out on top. Luckily for Rogue, the book had a lot of pages as Trymbi pulled out the Lux support for the final game to great success.

Here we are alongside someone who just gave hope to all solo queue support Lux players in Europe, Trymbi. What do you have to say about that one?

I don’t think you should play her alone, but if you have a good ADC to duo with, I think it’s fine. But alone, I wouldn’t recommend her as she is a very flip champion, I would say.

For our game against MAD Lions specifically, I think it worked really well with Caitlyn, and I got to be the “carry” so to speak until Comp hit his late-game spike.

But this time around, the coinflip landed correctly because you guys are going to Worlds, regardless of whatever happens.

Yes, it was very nice to play the series and I’m obviously extra happy that we managed to come out on top. For the first three games, the matchups weren’t too favored for us, so it was pretty difficult to deal with things mentally.

In three out of five games, I think we gave MAD Lions advantages in the early game that we shouldn’t despite knowing our game plan. The stress that occurs in playoffs can be hard to overcome, but I think that last year, games like these would have been much harder for me to overcome, so I’m happy that we managed to do it this time.

You mention that if this was last year, games like these would have been much harder. It sounds like you have more mental toughness this year, what changed?

I think experience for sure, especially from last year helps a lot. And overall just the fact that we have a less stressed environment this year. It’s not like there are no conflicts on the team this year, but it’s about how we manage to get through them and talk about solutions that are better now.

On a personal note, I think I have more trust in myself as well this year. Even though I’ve always been confident with my gameplay, I was never really confident with how I managed my emotions. I think throughout this split I’m doing better to work on that, so it’s something I’m happy and proud of. It can still be better, but I’m happy that it helped us beat MAD Lions.

But to be fair, last year you were still an LEC rookie?

I was, and at the same time I still kinda feel like a rookie. I don’t really feel like a veteran or anything at all and I’m happy about that. Despite having played many games in the LEC already, I still feel like I have a very fresh mindset and always try to understand the meta better and find opportunities to shine.

If I’m able to do that on my given team, I feel like I’m always gonna feel pretty fresh and fine to play mechanically well, but also use my experience to my advantage. I think I can bring a bit of both, from what a veteran and rookie usually apply to a team.

Rogue going to Worlds for the second year in a row

Lastly, as a result of all this, your whole team is now guaranteed to go to Malmö and Worlds. The latter you are going to for the second time in a row, how does that feel?

It’s definitely really nice and it’s my goal to win something and obviously get to Worlds. For now, I’m happy that we secured both and now we just need to keep moving.