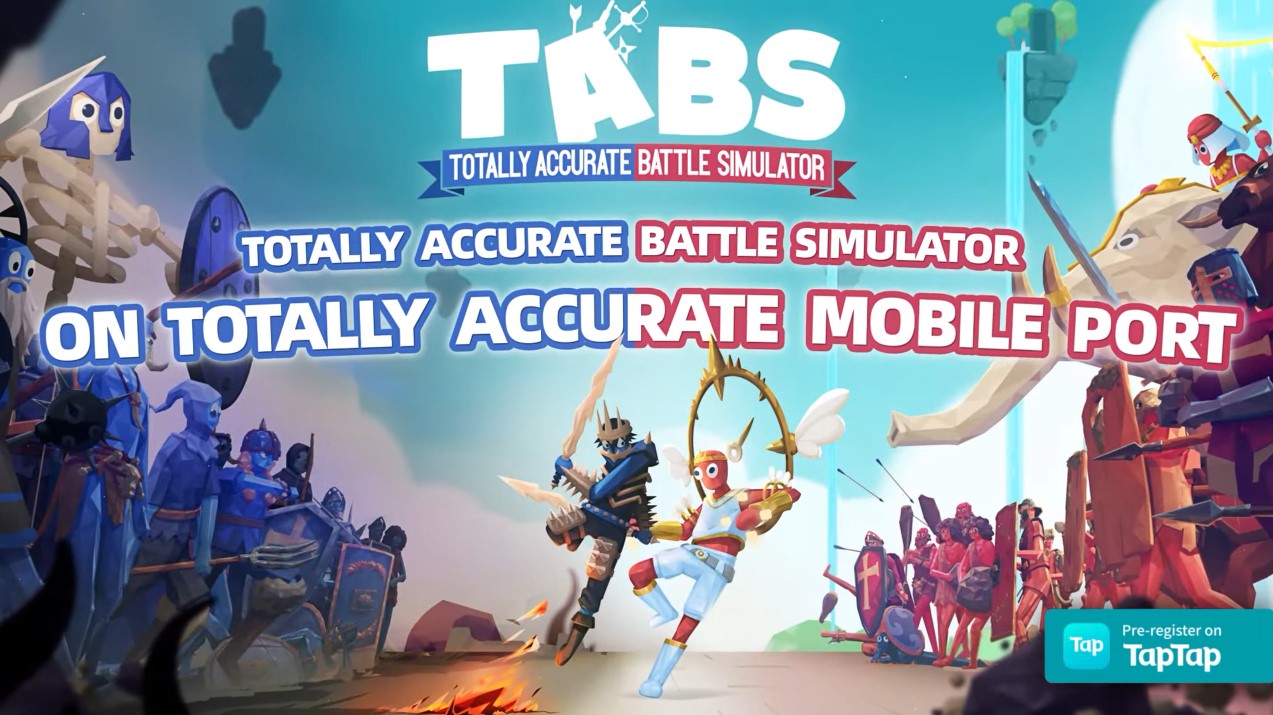 The Indie game’s Android and iOS version was confirmed last month during the Tap Tap Presents 2022.

For the uninitiated, Totally Accurate Battle Simulator – or as it’s frequently abbreviated to, TABS – is an Indie battle simulator game.

What really sets TABS apart, though, is its ragdoll physics which makes the game incredibly fun to play.

TABS was first released in open alpha back on PC in November 2016. The game is now available on Windows, macOS, and Xbox with a Nintendo Switch port on the way really soon.

Additionally, the developers have now confirmed that Totally Accurate Battle Simulator will soon be available to play on the go with your mobile devices. Landfall Games is working with XD Network to make the Android and iOS versions.

While this is great news for mobile gamers, there is a catch.

Most mobile games tend to be freemium titles with microtransactions.

Totally Accurate Battle Simulator is adopting a different route, though, as the game will be a pay-to-download title.

While this may set off many mobile gamers who are used to free titles, this could be a blessing in disguise.

Microtransactions are the blame behind much of Diablo Immortal’s abysmal reviews. With TABS going the pay-to-download route, players can be assured that it will be nearly identical to the present version of the game.

The developer has confirmed that the game will contain all of the same content from the PC and console versions.

Totally Accurate Battle Simulator on mobile, however, will not be cross-platform with the original game.

Landfall Games hasn’t revealed a release date for the game yet.

However, the developer asked fans to stay tuned to Twitter for news about closed tests and the release.

After seeing what happened to Diablo Immortal, I won't mind paying a few bucks to play the original TABS on mobile.