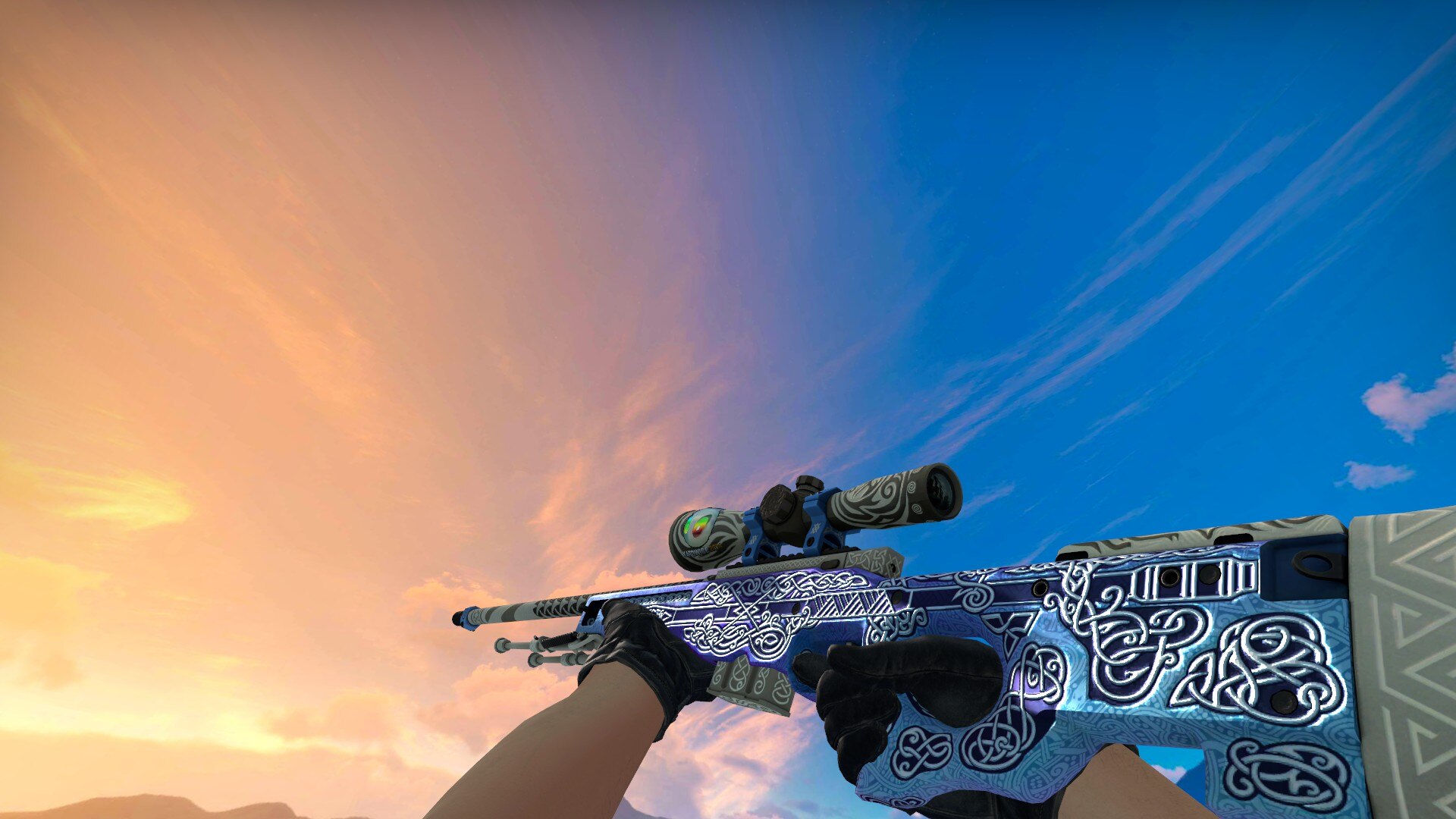 CSGO is all about the skins. The top skins in the game are worth thousands of Dollars, and almost every player is always looking to improve their collection.

These are the top CSGO skins that have the best community feedback with the highest usage rate.

Everybody knows the AWP Asiimov, or as some prefer, the AWP Magic Stick.

The AWP Asiimov created by “Coridium” was released on the 20th of February 2014, in the operation Phoenix drop.

Immediately after release, the community fell in love, despite the AWP only being available in field-tested, well-worn, and battle-scarred conditions.

It’s clean, minimalistic, and draws the wallets of CSGO fans far and wide.

Although the AWP Asiimov had a great reaction from fans on the drop, it went ballistic when CSGO star Kenny “KennyS” Schrub started using it in professional matches.

Where KennyS frequently began making revolutionary plays with the Asiimov, making it even more popular.

Since then, people have constantly been buying the Asiimov. Making it one of the most popular skins in CSGO.

A popular pattern among collectors, the black scope, is a low ware variant with… Well… A black scope

The king of all AKs and is one of the most popular skins in the entire game.

The AK-47 Redline is so popular due to its low price and sleekness.

It is also one of the perfect skin for sticker crafts, especially Katowice 2014/2015 stickers, such as the iBUYPOWER Holo on the wood.

And due to the skin’s early release in operation Pheonix on the 20th of February 2014, there is no shortage of Katowice crafts on this weapon.

So if you want a cheap and beautiful Katowice craft, don’t hesitate to check out the redline selection.

The fan-favorite AK is also unique because it’s again, similarly to the AWP Asiimov, only available in Battle-scarred, well-worn, field-tested, and minimal-ware conditions.

Giving the skin a market for extremely low minimal-wear skins, creating more hype around the skin for low float collectors.

There isn’t much to say about this gorgeous skin, but that’s what makes it more beautiful.

There is no deniability in saying this is one of the best CSGO skins in the game.

What seems an unusual mention? Nevertheless a likable one, hence its feature on this list.

The Glock Moonrise, released more recently, on the 16th of February 2018 in the “Welcome to the clutch” update, is gorgeous and an incredibly low-budget skin.

Valuing at around $1, the Glock Moonrise sits proudly.

It is so popular because of the price, purple color, and the patterns it can feature.

Depending on the pattern of the skin, the moon can sit across any part of the slide of the Glock, in addition to another star if lucky.

Meaning, that this skin is creating a market because, of course, when CSGO players see something that appears to be more desirable than the other, there is an immediate hierarchy and price difference.

There is no doubt that this is one of the most popular skins in CSGO, there is one pretty much in every match we play, and this is undisputed.

I mean, you probably have one in your inventory right now?