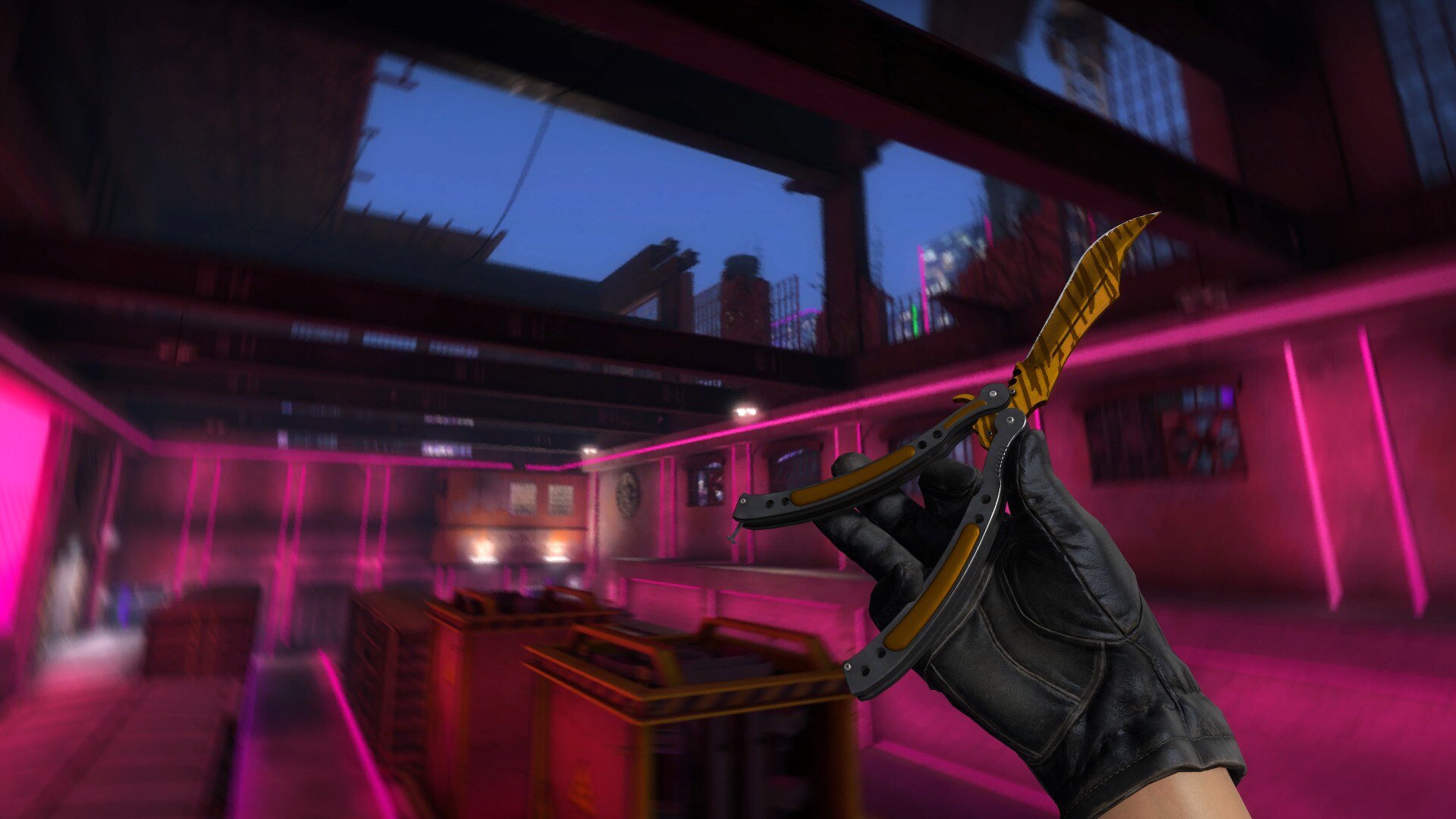 Got some spare cash?

We are all used to the dull top CSGO skins, where we show you the knives that you will never be able to afford.

These are five semi-affordable (not really) knives that are the rarest in CSGO’s existence.

So rare, in fact, that the majority of the player base is clueless about their existence.

This knife was bought to light by CSGO’s beloved “OhnePixel.” What you can see is a 1 of 7 classic knife scorched pattern 791.

Technically, 1 of 6 because an owner of one of these knives is VAC banned.

You may be asking, why this is such a unique and rare knife? It’s so special because the knife is entirely black – excluding, of course, the classic knife aesthetic.

Usually and undoubtedly, scorched knives are one of the worst finishes on a knife in theentirety of CSGO.

Whereas this specific pattern not only changes the scorched knife’s aesthetic completely, but it almost introduces an elite tier skin into the game, never seen before by anyone.

I did say semi-affordable!

This is the 1:1 Karambit Black Pearl Fade pattern 386.

You can likely see why it’s referred to as the Black Pearl Fade. The darkness slowly changes into a lightish/clear coloring, seen on the tip.

This knife is probably the most exclusive in the entire game, only unboxed since the release of Karambit Dopplers on January 8th, 2015.

If you want to speak prices, I’m entirely unable to give you guys a quote. Around six years ago, someone sold this knife for a Souvineer Field-Tested Dragon Lore, currently priced at $63,000.

I’m unsure of the current prices; considering it’s a 1:1, it’ll be up to the owner and how much they want to keep it.

It’s understandable to be confused about why I am using a Bowie knife as the “rarest knife,” as it isn’t the most desirable knife in the game.

Well, my friends, desirable Crimson Webs aren’t all about the difference between Fac New and Min Wear.

I mean, it is. But the pattern is also a crucial part of the selection process when looking for your crimson web knife.

High-tier traders will most likely want an exclusive pattern over Min Wear to Fac New because it’s more of a flex – they will own an item with little to no “copies” of theirs.

Now, down to the reason why it’s so rare!

The knife you see in the above image is a Minimal wear crimson web, float 0.109.

As you can notice, the blade contains FOUR separate webs—one by the handle, two in the center, and one above the right side of the tip.

The webs make the knife incredibly rare, with only eleven of these exact Bowie Knife patterns ever unboxed – only ten available as a VAC banned account owns one.

This minimal wear Bowie Knife pattern 142 is a 1:1. There are no lower floats available; the rest are Field-Tested, Well-Worn, or Battle-Scarred.

You can see the two diamond patterns – located at the tip of the blade and the bottom of the blade by the handle.

The heart is located in the center of the knife, giving it a beautiful pattern.

Some of them are memes, and some are serious – like pattern 116.

This knife is so rare there have only ever been five unboxed.

This knife, in my opinion,  is the least exciting.

There is no “outstanding” detail to get people to say, “OH MY LIFE IS THAT THE DOUBLE DIAMOND AND HEART PATTERN?” It’s not gonna happen unless you’re in a match with someone who knows their stuff.

First off, I want to apologize. We both know that neither of us will be able to afford this titan of a knife.
I have to include this out of respect for the skin community.

This beauty is the Survival Knife Case Hardened Blue Gem, Pattern 403. The current crème de la crème of Blue gems, this is a 1:1 knife.

Despite being in well-worn condition, the knife is the TOP pattern for blue gems.

We have now successfully unboxed one of every top pattern Case Hardened knives for all of the “new” collections of knives.

Again a price, I couldn’t say. Like at all.

But we have to remember that the survival knife isn’t as desirable.

Also, there is no sale history. So, it’s entirely up to the owner to decide.

I know this sounds judgmental, but looking at the owner’s Steam profile and inventory, I don’t even think they realize that they have unboxed such an expensive item.

There’s no point in attempting to get it cheap.

People aren’t going to show interest in your 1:1 AWP PAW pattern offer. Or any offers, by the looks of it.