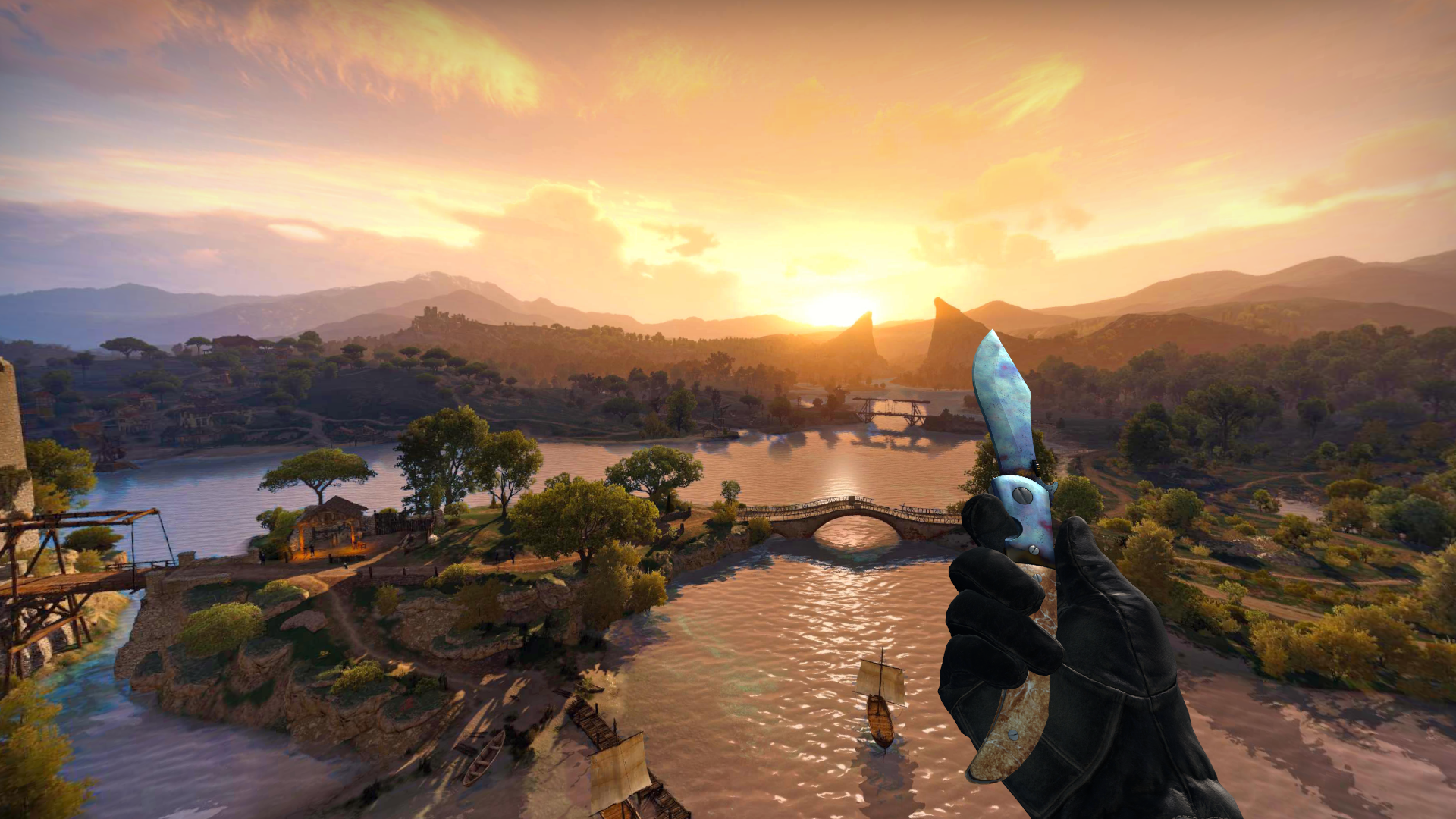 CSGO is an expensive landscape. To look fresh, you gotta have the cash. You’ll be rocking the same dull knife as everyone else if you don’t.

Luckily for you, we’re here to break that mindset and hook you up with some beautiful knives! Well, beautiful for what $100 can buy you…

These are the top 5 budget knives CSGO has to offer! All knives shown will be under $100. But we warn you, don’t expect any Sapphires or Ruby’s!

The Bowie knife is one of the most beautiful knives in Counterstrike. The black laminate finish perfectly complements the large blade, giving it a worn “military blade” vibe.

This one actually has the largest surface area of any CSGO knives, so you’ll really get what you pay for, especially for $88—practically giving it away!

The most appealing aspect of this knife is that it works with any gloves, especially budget gloves – such as the “Broken Fang Gloves Unhinged” that go for $68 on BUFF!

I can already hear your thoughts: “oh euw, it’s battle-scarred.” Well, luckily for you, the Autotronic skin series doesn’t get affected by wear the same way that your average skin does.

Instead, the knife’s color is affected by the wear, so “battle-scarred” Autotronic just means the colors are slightly darker. There are no huge scratches, disfiguration, or problems with the knife, at all.

Falchion knives have unique shapes and animations, including a rare one where the knife balances on the palm of the hand!

The yellow on the blade works perfectly with the handle. For all the hate the knife gets, it’s actually the most formal-looking blade out there.

Get real: the fact it’s even possible to obtain a marble fade for less than $100 is a mystery. I would pay $150 for something like this.

The Gut Knife Doppler is one of the better knives in CSGO. Of course, it was expected to be on this list, but it deserves a spot.

The Gut Knife is one of the oldest knives in Counterstrike. It’s iconic.

Again, like the Navaja, it’s astonishing that you’re able to pick up a doppler finish for less than $100.

There’s even a choice in the colorway available for you! With phases through 1-4, you’re able to pick between purple or blue finishes.

This is a versatile knife for the price.

Damascus steel knives are great with default gloves – especially the huntsman knife. Black and white works as an exemplary choice of coloring.

The blade isn’t too discreet nor too small. It’s in perfect ratio with its handle. This is a business knife that you can bring to formal gatherings.

The Huntsman is ideal for a budget knife. You don’t need a fancy pair of gloves to accompany it, there’s no stigma attached, and the Damascus steel pattern never gets old!