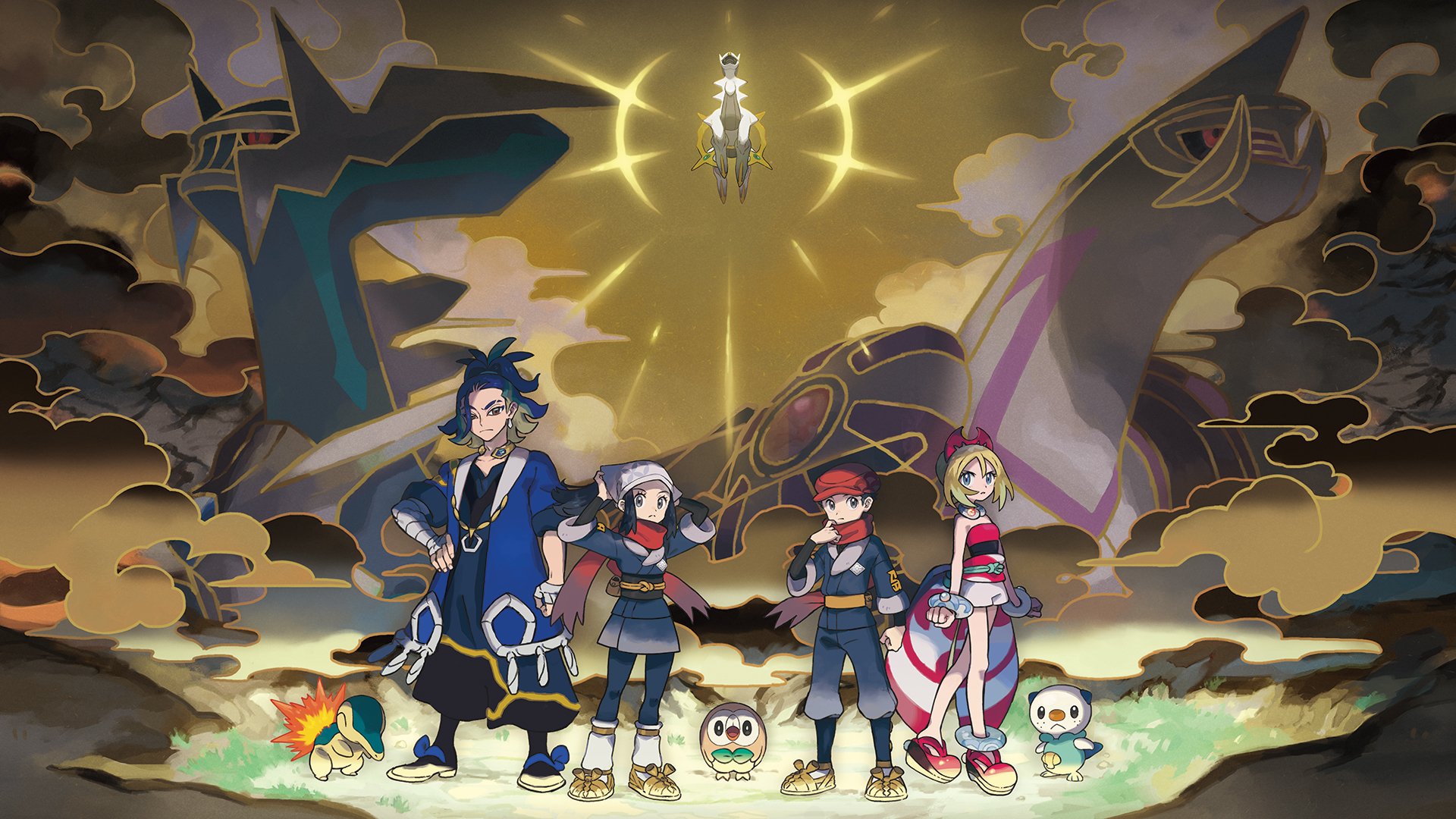 Pokemon is one of the biggest gaming franchises on the planet. Fans come for the mainline games, but they stay for the spin-offs.

From mobile to Gamecube and even fan-made games, here is our Top 5 list of the best Pokemon games that everyone should play – outside of the mainline series.

If you’re looking for the best pokemon games within the main series, you can take a look at our list here.

Beginning our list of the best Pokemon spin-off games is Pokemon Mystery Dungeon. The series was launched in 2005 with Blue Rescue Team and Red Rescue Team, which were playable on GameBoy Advance and DS.

Mystery Dungeon is one of the best Pokemon spin-off games ever made. It’s evident Nintendo agree, as they’ve released a subsequent six titles and expanded to three more systems. Those systems are the Wii, 3DS, and Switch.

In the series, you play as a human who has mysteriously turned into a Pokemon. Alongside your chosen Pokemon Partner, you then have the mission of exploring dungeons and other locations to help Pokemon in need, rescuing them from perils. You can even recruit some of these to help your team along the way.

What makes the game more fun, is that it decides what Pokemon you will play as based on a personality test at the beginning of the game. You might think you’ve got the personality of a Charmander when in reality, you’re just the simple Chikorita.

Launched in 2006, the Pokemon Ranger Series was the first Pokemon game to truly utilize the DS’ capabilities. That’s why it’s one of the best Pokemon spin-off games ever made.

Traveling around the Fiore region with your trusty Minun or Plusle – depending on the sex of the character you pick – the player acts as a ‘Pokemon Ranger’.

Rangers catch pokemon for only a short amount of time. After catching Pokemon, the pokemon can be used to help clear obstacles and complete tasks by shooting fire or cutting down trees.

What makes Pokemon Ranger different from other games is that you capture pokemon via a ‘capture styler’, which is controlled by the DS stylus. In order to catch the Pokemon, the player must loop the styler around a Pokemon a certain number of times. If the Pokemon breaks that loop, the styler loses the capture and the loop must be started again.

The newest game on our list of best Pokemon spin-off games, Pokemon Legends: Arceus was released in 2022. It serves as a prequel to the fourth generation of mainline Pokemon games, Pokemon Diamond and Pearl.

In Pokemon Legends: Arceus, the protagonist is sent back in time to the Hisui region (what later became the Sinnoh region). There, they are tasked with encountering all the wild Pokemon in the area and collating them into a Pokedex.

Unlike other games in the series, the region is yet to be truly settled upon. There is one larger settlement, but it is mainly small campsites that people inhabit. Another difference is that Pokemon aren’t yet seen as companions, but rather forces of nature and as wild animals.

The story has the protagonist search for the cause of a spacetime rift, which worsens and turns the sky red. The protagonist travels to the three great lakes of the region to encounter the legendary lake Pokemon: Uxie, Mesperit, and Azelf. The lake pokemon gives the protagonist the materials to build a Red Chain and close the rift.

From the newest game to the oldest game on our list of best Pokemon spin-off games, Pokemon Colosseum launched in 2003. The fan-favorite game was released on Gamecube only.

Unlike other Pokemon games, Pokemon Colosseum doesn’t feature random encounters. Instead, it allows you to steal, or ‘snag’ Pokemon from other trainers. Brutal. There is also ‘shadow Pokemon’, which the protagonist is tasked with rescuing via snagging.

Set in the desert region of Orre, the player will play as the protagonist, Wes. Wes is a former member of Team Snagem, and with his sidekick Rui, he seeks to rescue the ‘shadow Pokemon’ from a rival organization, Team Cipher.

Pokemon Colosseum is one of the best Pokemon spin-offs ever made, praised at the time for its graphics and its music. It also made Umbreon and Espeon, Wes’ two starter Pokemon, the coolest Eeveelutions to ever exist.

The AI has more competitive teams, the are six generations of Pokemon to catch, and there are more forms of Pokemon than in any Pokemon game before. You really should play it, you just have to download it here.

Being a mobile game, there’s admittedly less content in Pokemon Go than in the other games on this list. However, that doesn’t stop it from being one of the best Pokemon games of all time. It’s 100% deserving of being on our list of the best Pokemon Spin-off games.

Who can forget the Summer that Pokemon Go was released? Everyone met up with friends they hadn’t seen in years, reliving nostalgic moments as they trawled their towns and cities just to catch one more Rattata to evolve it.

Fighting for control of the landmarks that made up gyms and putting their team’s color above the door became a staple of that Summer. Players would return to the same spots to heal Pokemon or deposit more to make the gym even stronger.

Its popularity may have diminished from that initial buzz, but it still has a more than healthy player base. It even spawned a spin-ff on it’s own, Pokemon Let’s Go Eevee and Pokemon Let’s Go Pikachu, which were released on Switch in 2018.

That’s all down to personal preference, but if you would like to see what we believe are the best Pokemon mainline games, you can read so here.

I wanted Pokemon Crater on this list, but apparently that makes me old