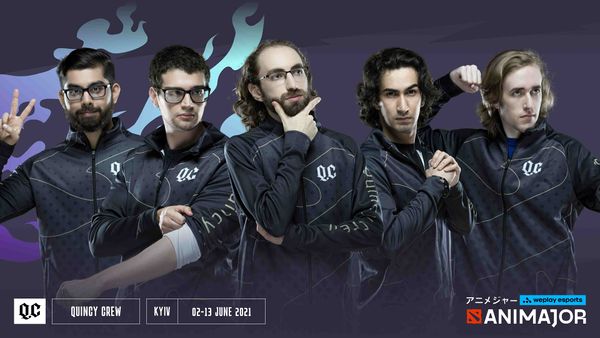 TI10: Quincy Crew hanging on to a thin thread

North American powerhouse, Quincy Crew, are hanging on to a thin thread in their TI10 campaign. Lingering at the bottom half of Group B, QC are in the hotseat to take the first air-ride home.

Clearly struggling to keep up with the current meta, the Americans are currently enjoying a joint seventh place alongside SG Esports - just one place above the elimination mark.

If their series against Team Spirit was any indication, it has been clear that QC is having issues closing out games and that their playstyle is not favouring them. In a previous interview with Jaxon, Lelis mentioned that QC opt for a draft suited to finish games early but their inability to do so has made their overreliance on Yawar a problem at hand.

The series against Team Spirit was a clean 2:0 sweep that saw the CIS squad climb few notches up the ladder and be on a relatively safer side, away from elimination, in the groupstage.

It seems as if the CIS squad is finally living up to its promise and starting to deliver amazing games with glimpses of hiccups along the way. Nonetheless, in their series against QC, Spirit displayed an exorbitant amount of grit and determination with sheer brilliance in drafting and team-play.

Quincy Crew had no chance to even initiate a comeback despite securing Roshan kill and other objectives despite being considerably down in gold and xp.

That said, before the day ends, we’ll have a clear visibility as to the two teams that might head home, only if tiebreakers don’t play spoilsport.