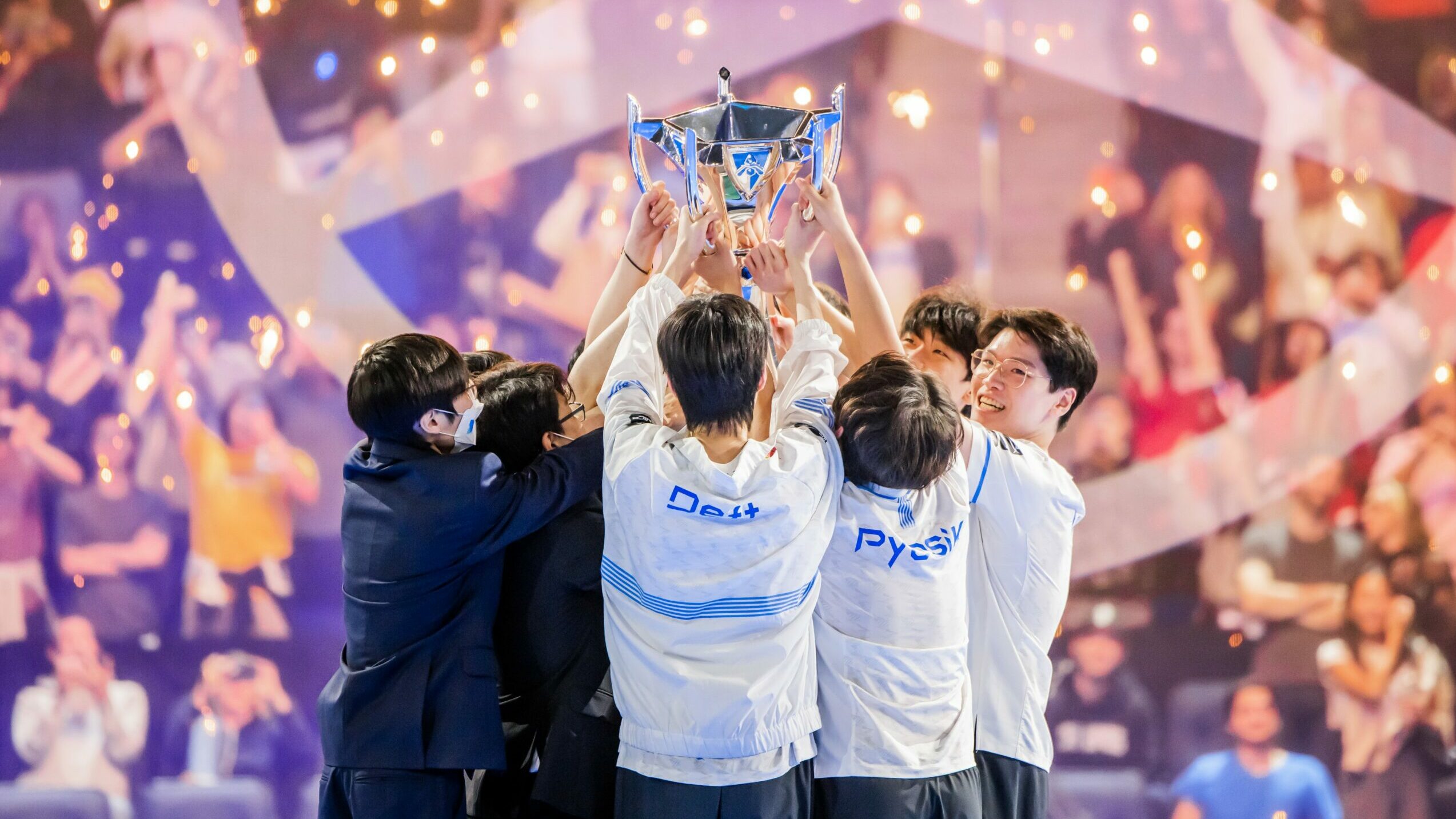 The important question has been answered

These are DRX’s choices for a Worlds 2022 skin

After a five-game thriller, DRX have won the 2022 World Championship. The cinderella story has been completed and the team left its mark forever in the history of League of Legends. Now that the trophy has been lifted, the big question remains: What will be their Worlds 2022 skin choices?

Following the triumph, the team spoke to the media at the Worlds 2022 finals press conference. Fortunately for the fans, DRX’s players answered the important question.

Aatrox has been often a priority pick throughout Worlds 2022. Also, the champion played a significant part in Kingen’s journey throughout Worlds, and especially during the Worlds finals. With a total of 9 games played on the champion, Kingen was quick to make his choice.

It’s no secret that Kindred is Pyosik’s favorite champion. The choice was logical from the beginning and Pyosik will finally be able to play Kindred with his own skin. Despite the champion not being played in the Worlds finals, it helped DRX on their way there. Kindred’s biggest impact was in the semifinals when DRX defeated Gen.G.

It’s Zeka’s first World Championships and he already gets to choose his own skin in the game. He is simply set for greatness and being only 19 years old, the mid laner is already a World Champion. Zeka will be associated with Sylas during the 2022 World Championship. However, his performances on champions like Akali and Azir were also noteworthy and he has decided to pick Akali as his champion skin choice.

Deft’s “Last Dance” has been completed and he will leave his mark on the game forever. Hard work always pays off and after 9 years of trying, the legendary AD carry has been crowned as a World Champion. Deft’s champion skin choice may come as a surprise, as he is notoriously known for his Ezreal, but he was quick to answer the question with his Caitlyn pick.

Beryl was the only player that was a bit hesitant with his answer. Having already a skin in the game might have made it difficult for Beryl to pick, but the good news is that he gets to have another one. Beryl has won his second World Championship in the last three years, and choosing skins has become a trend for him. While still not entirely sure, Beryl mentioned that his champion’s skin choice will most likely be Ashe.

Note: Those were the initial answers from the players during the Worlds 2022 press conference. However, some choices may be changed later on and those are not the official picks.

The substitute Jungler of DRX, Lee “Juhan” Ju-han, wasn’t present during the press conference. Also, The player is not eligible for a Worlds skin according to the criteria, which includes participation in 2 Play-in stage games, 2 Group stage games and 1 Knockout stage game. However, it’s yet to be determined whether he will get a skin or not and the question will be answered by Riot Games.