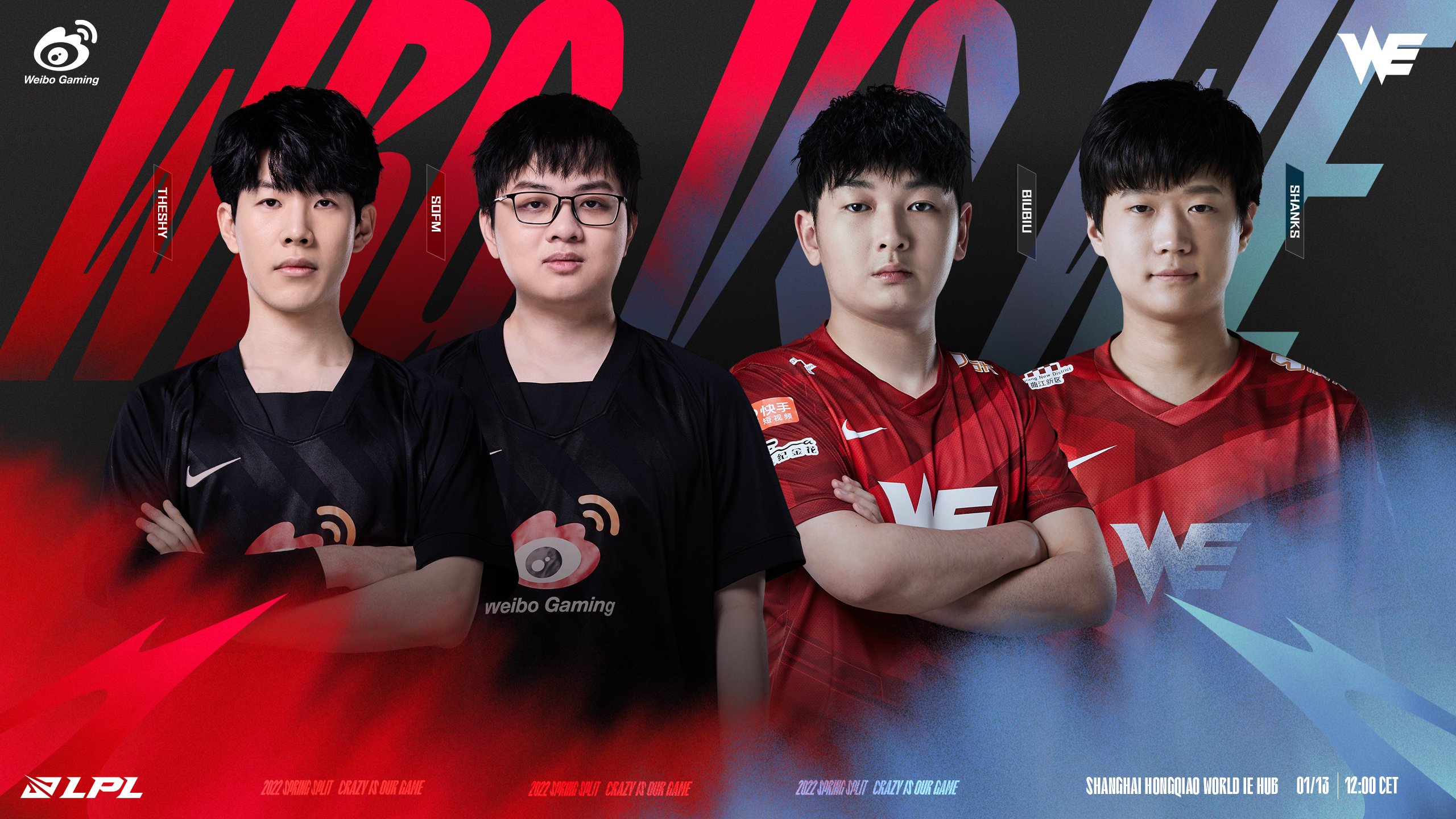 Weibo Gaming (formerly Suning) defeated Team WE 2-0 in their first match of the 2022 LPL Spring Split with their new top lane hire, TheShy.

Game 1 was full of skirmishes as both teams were heavily contesting the map state. Although they were behind on the scoreboard, Weibo Gaming stayed in the game with their Baron control and snatched a win after a crucial late game team fight.

On the other hand, Game 2 was a one-sided 25-minute victory, as Weibo Gaming did not concede a single objective.

Despite the shaky first game, Weibo Gaming started their LPL journey with a series win.

For the first time since May, 2017, TheShy played on a different team as he left Invictus Gaming to join Weibo Gaming for 2022.

The former World Champion didn’t have the best time on the rift as he recorded 2/4/6 & 2/2/4 KDA in Game 1 & 2 respectively. However, he had his shiny moments which appeared during the team fights.

SwordArt, who rejoined the team after a unsuccessful year in North America, did not feature in any of the games as he was left as a substitute. Support player Luo "ON" Wen-Jun started for the team today.

This is just the start for Weibo Gaming and TheShy. Although the team lost Bin to free agency, their new top laner filled the void adding some exciting gameplay to the team.

New jersey, unchanged spirit, TheShy is back on the rift and will make his debut today against WE! #LPL pic.twitter.com/mwYejWnAsJ