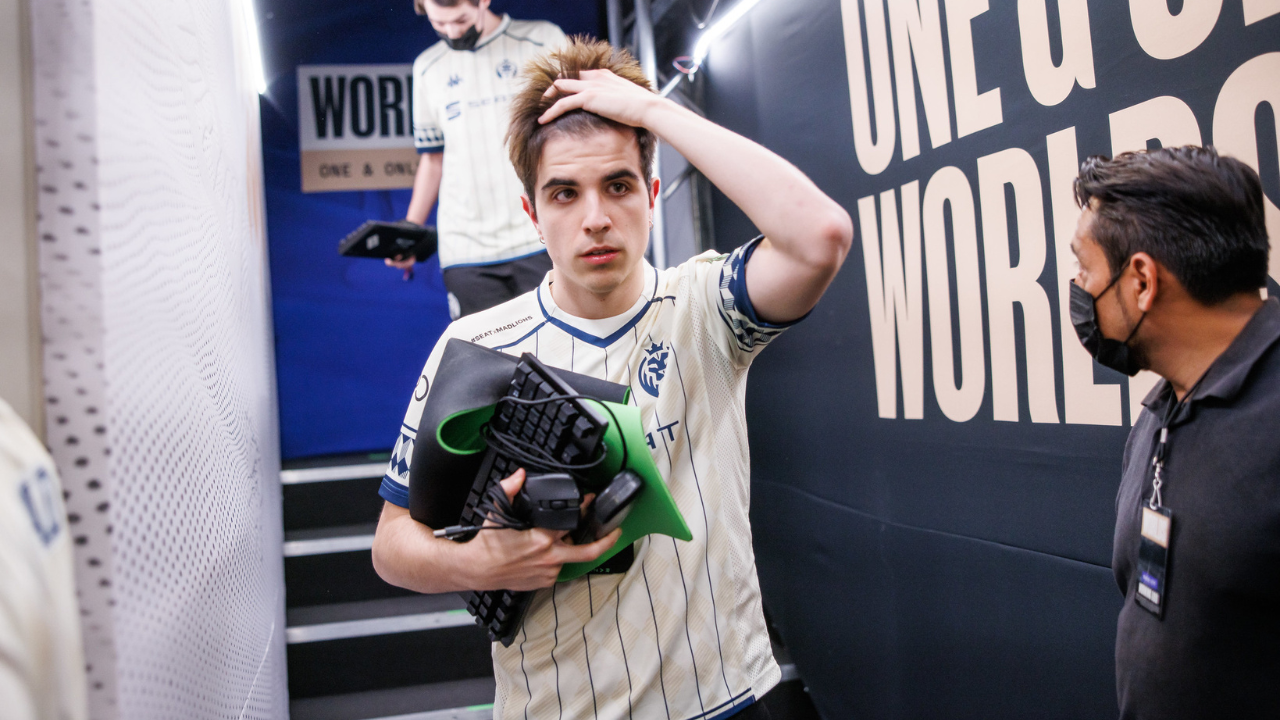 The West is so doomed at Worlds 2022. We hear that ‘doomed’ line every year, but it might be true this time: rainy days are ahead of western League of Legends esports. In fact, we have to wonder if the western teams will drown in the flood, or if someone can somehow make it alive through the group stage.

Storms called “LPL” and “LCK” are coming, and no one is safe. Especially in the 2022 World Championship, given the circumstances.

For starters, the competition is extra hard this year.

The LPL is as “cracked” as ever. Indeed, if Worlds 2022 featured the strongest 16 teams to compete for the title, at least 7 or 8 LPL teams would be there in 2022. As is, they likely sent the best teams that they could send this year. We don’t expect lackluster performances (like FunPlus Phoenix and LNG Esports in 2021) from any Chinese team.

Furthermore, the LCK has arguably the number one favorite to win Worlds in Gen.G. There are question marks surrounding other teams, but they are still very good (or strong enough to crush western teams).

T1 had some internal issues, but it remains a top-quality team. Besides them, and despite having a shaky year, DWG KIA looked much better in the playoffs and regional finals. Meanwhile, DRX’s form looked great since the gauntlet, especially that of their mid laner, Kim “Zeka” Geon-woo. They qualified through a very tough Play-ins group B without a loss.

Speaking of unknowns, Vietnam’s GAM Esports is back on the international stage. After years of visa and travel issues, VCS’s best team hopes to make some noise in Group C. Some analysts highly rate the PCS’s CTBC Flying Oyster, but they have a very tough group, and it will be complicated for them to get past it.

EU and NA weren’t good in 2022 before Worlds

In the past few years, we kept hearing that  “the gap is closing.” The relative successes of G2 Esports and Fnatic proved that LCK and LPL teams were not untouchable, and it brought hope to the west (primarily EU) that winning Worlds might be possible. Flash news: It probably is not, at least this year.

The LCS and especially the LEC took a step back, and neither has a team as strong as peak G2 or Fnatic, or as elusive as peak Cloud9. Although the regions’ regular seasons were close and exciting to watch, 2022 has been pretty lackluster in terms of quality outside Rogue’s rampage at the 2022 LEC summer finals.

Speaking of, the LEC has a different Summer split winner than in Spring for the first time since 2014. There was no dominant team in the region; and given how close G2, Fnatic, and Rogue are in terms of strength, it is likelier that none of them are World class than vice versa. MAD Lions’ disaster exit from Play-ins might be a sign of things to come—see 2014, when no European team made it past the group stage.

Meanwhile, LCS champions Cloud 9 is NA’s greatest hope to get out of groups at Worlds 2022. They had an excellent performance in the playoffs and have every right to be confident. However, their group with EDG, T1, and Fnatic is one of the most stacked groups in Worlds history, and their odds are not looking good.

The best NA team throughout the year, Evil Geniuses, took a big hit with Danny stepping down for mental health reasons. Getting out of play-ins and stomping MAD is already a great accomplishment, and every win they get on the group stage will come as a big surprise.

The meta shifts in favor of Asian teams

As teams caught up to Patch 12.18, they also adapted to Patches 12.16 and 12.17. Although Riot claims they didn’t make any major changes coming into Worlds, the reality is very different.

Although the Worlds meta could still change, the play-ins gave us a good look at what is currently strong: Aatrox and Sylas priority, the rise of top lane carries, engage supports, Hecarim, Maokai, no more #ZeriGaming and Lucian-Nami bot lanes, etc. We’d love to say that Yuumi is gone, but that ‘thing’ still lives.

The new meta, a more top-side-heavy one, heavily favors LPL and LCK teams. Their top laners are already more than comfortable playing carry champions (see: RNG Breathe’s Fiora). LPL tops are accustomed to playing Fiora, Camille, and Jax all the time, even when they are not meta, and this meta shift can only benefit them.

Besides, Asian teams traveled to NA fairly late, so western teams didn’t have much scrim time against them before groups. Good practice is crucial before international tournaments, and European and North American teams might not get enough.

Can anyone from the west get past groups at Worlds 2022?

Maybe this article is a bit too pessimistic, but the “Copium” and “Hopium” tanks are running very low. On top of all the issues mentioned above, the Worlds draw didn’t help.

In Group A, Cloud 9 and Fnatic will have to take out reigning World champions EDG and MSI finalists T1. Despite the question marks surrounding the Asian giants (especially EDG), C9 and Fnatic will have a mountain to climb to get past them. They do have a chance, but it will be a challenging task, at the very least.

Looking at group B, LPL champions JD Gaming are heavy favorites to secure quarters as the first seed. You may say that G2 could beat DWG KIA, but the rise of the former Worlds champions at the end of the season looks scary for caPs and the boys. Also, the ongoing controversy surrounding the organization and ex-CEO Carlos definitely doesn’t help.

Rogue is probably in the best situation out of any western team. TES looks to comfortably move on from Group C, but the second place is wide open. Rogue will have to be better than in-from DRX and a big scary unknown in GAM Esports. It has a decent shot, but the quarterfinals are far from a lock for LEC champions.

As for Group D, it is likely already decided. 100 Thieves and CFO will have to pull multiple KaBuM! level upsets to knock out G.enG or RNG. In 100T’s case, it is not happening.

There has never been a Worlds quarterfinal without a minimum of two western teams. Although we all hope the tradition will continue in 2022, this might be the year when no one makes it out.

However, to quote one of the greatest movies of all time, Shawshank Redemption: “Hope is a dangerous thing. Hope can drive a man Insane.”