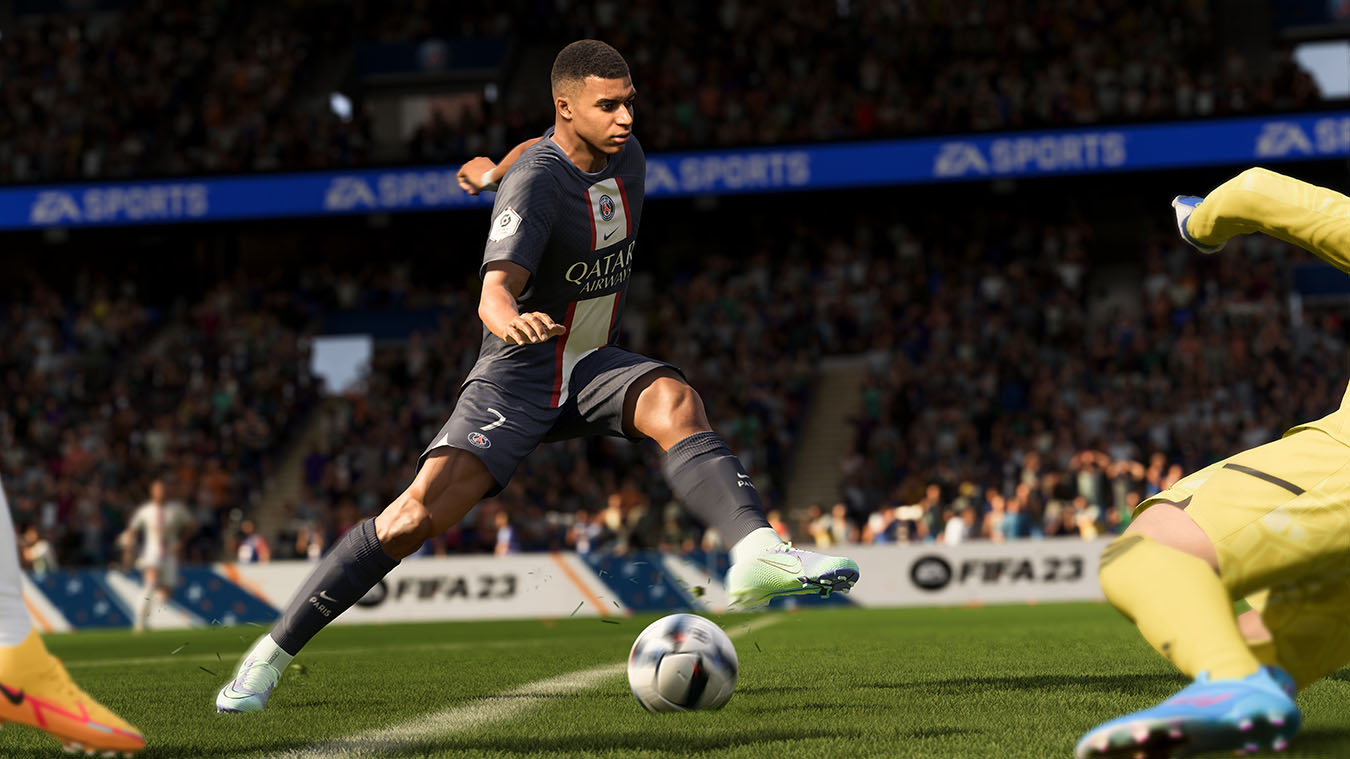 Recycling is already a regular theme in the yearly FIFA edition – and that’s no different in the FIFA 23 meta. Should the player pay attention, they will be able to observe that some in-game animation and mechanics precede the current generation itself-and some new ones as well.

And while this is real, the change in FIFA’s gameplay from year to year is still significant. At least, for those who play with a certain consistency to the point of noticing that the dribbling system itself is a little clunkier. Or that an American coach from a TV Show with an enviable mustache can now manage your team.

This is why we’ve separated some of the main core gameplay tweaks that were added in the latest installment for the franchise to help you with that endless FUT Champions journey of yours.

In FIFA 22 lob passes and L1/LT+O/B turns were pretty consistent ways of distributing the ball on the pitch. Now, lob passes are still within the insufferable meta, but the variety of passes with new animations is even greater.

When pressing L2/LT with any type of pass, the player can now pass the ball as if they were the Portuguese player Quaresma, with the outside of his foot. It’s important to remember that this is a more consistent tactic when you have the “outside foot” perk. You’ll also need to hold the pass button a little longer, or else it will be confused with a fancy passing touch.

Another good strategy, if you want to be an unbearable opponent in online matches, is to turn on the semi-assisted lob passes option. That will be a bit trickier to do, but once mastered it can be a great way of creating goal opportunities. Do it to your heart’s content (but please don’t).

Although the movement in FIFA 23 seems a little clunky at a first moment compared to the previous game, there is still the possibility to create some good and advantageous opportunities in the game if you know what you are doing. And there is nothing better than annoying your opponent in an online match than knowing the right skills to do in order to make them panic and score more goals.

Some skillmoves are fairly easy to do and a good flexible alternative to create advantageous situations. Such as the Heel fake, which is a five-star skill move good for changing directions and causing panic to your adversary, or the “Heel to ball roll”, the best alternative to change pace and left the adversary behind with just two flicks of the right analog. Also it has a good chance of being the most hated skill move in the online mode. Here are the commands in detail if you want to try:

FIFA 23 introduces three variations of the fake shot skill move, which is originally bound to ◯+x/B+A commands. So the only thing that changes in order to the fake shot variations is the context of when the player does this command. In order to do explosive fake shots, for example, the player needs to be sprinting with a player who has acceleration and sprint stats above 85 and 4 star skill, and aim to do a 90º directional turn in their run.

It has never been that simple to make goals. I guess people at EA thought “Well, we made goalkeepers perform unreasonable miracles in FIFA 22, why not give the player the option to explode their hands with an impeachable shot this year?”. That’s the most relevant change in FIFA 23 when it comes to finishing.

Powershot – L1+R1/LB+RB and ◯ or B
Be aware of your opponents when performing the powershot, as it is the longest animation in the game. Just be sure that you’re minimally alone and explode the opponent’s goal. Do that outside the box and you’re good to go.

Low driven – Just shoot below 40% of the shot bar

Outside foot – Same as the outside foot passing option, just press L2 when shooting to perform this one. Be aware that it is more consistent with players that have outside foot shoot trait.