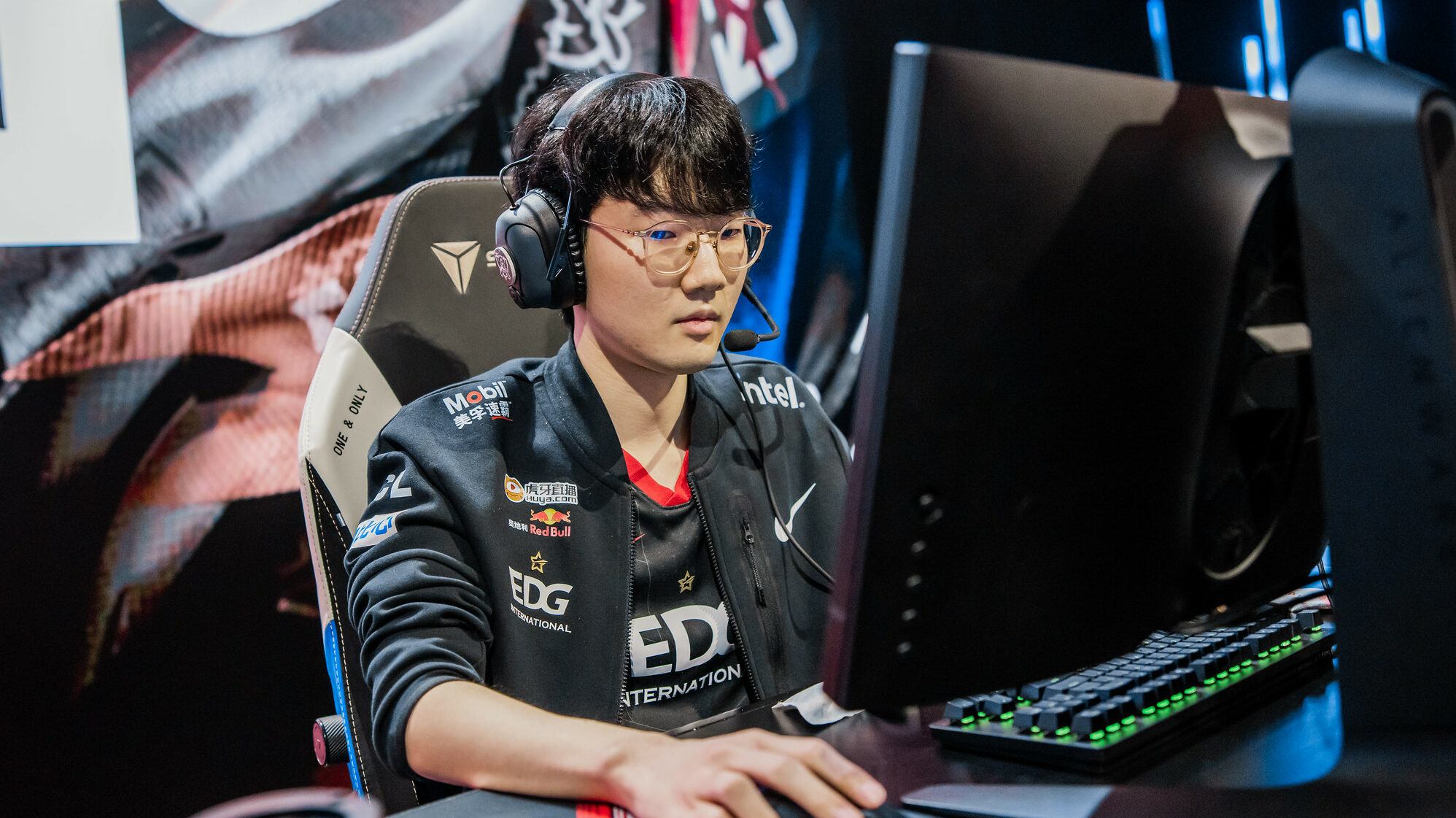 The race is on

Before quarterfinals: Here are the standings in Worlds Champions Queue

With the 2022 League of Legends World Championship heading into its quarterfinals, the champions queue server is still on fire.

All Worlds players and the others who have access to the champions queue server have had some weeks to climb. The current leader on the Worlds Champions queue standings might come as a surprise, as Team Liquid Academy support Bill “Eyla” Nguyen is in front with 2215 LP.

The Academy support has seemingly enjoyed the visit of the world’s best players and taken advantage of the practice opportunity. Below him are some of the biggest stars in the world, but also a few more surprising faces fighting for the top spot before the Worlds Champions Queue split ends.

With Eyla sitting at the top, the race below him is very close. Team Liquid support Jo “CoreJJ” Yong-in is only 14 LP behind in second place, meaning it’s only a matter of a few games before the tides can shift.

In third place is EDward Gaming bot laner Park “Viper” Do-hyeun, chasing down the two TL players. Viper is at 2194 LP and could reach the top in just a few good games. Viper is the only active Worlds player of the three, so the question is if he can keep up with Champions queue games alongside regular scrims.

Looking further down the list, we find the likes of T1 top laner Choi “Zeus” Woo-je and JD Gaming support Lou “Missing” Yun-Feng. Both are heading into the quarterfinals like Viper, so there should be plenty of time for them to climb further.

2022 Worlds Champions Queue standings top 10 as of this writing:

Other players might get knocked out of the top 10 soon, as several teams are already out of Worlds contention. One of them could be Top Esports mid laner Zhuo “knight” Ding, who surprisingly didn’t make it past the group stage after losing a crucial match to GAM Esports.

With the end of Worlds getting closer, only the best remaining players will likely stay at the top of the Champions queue.