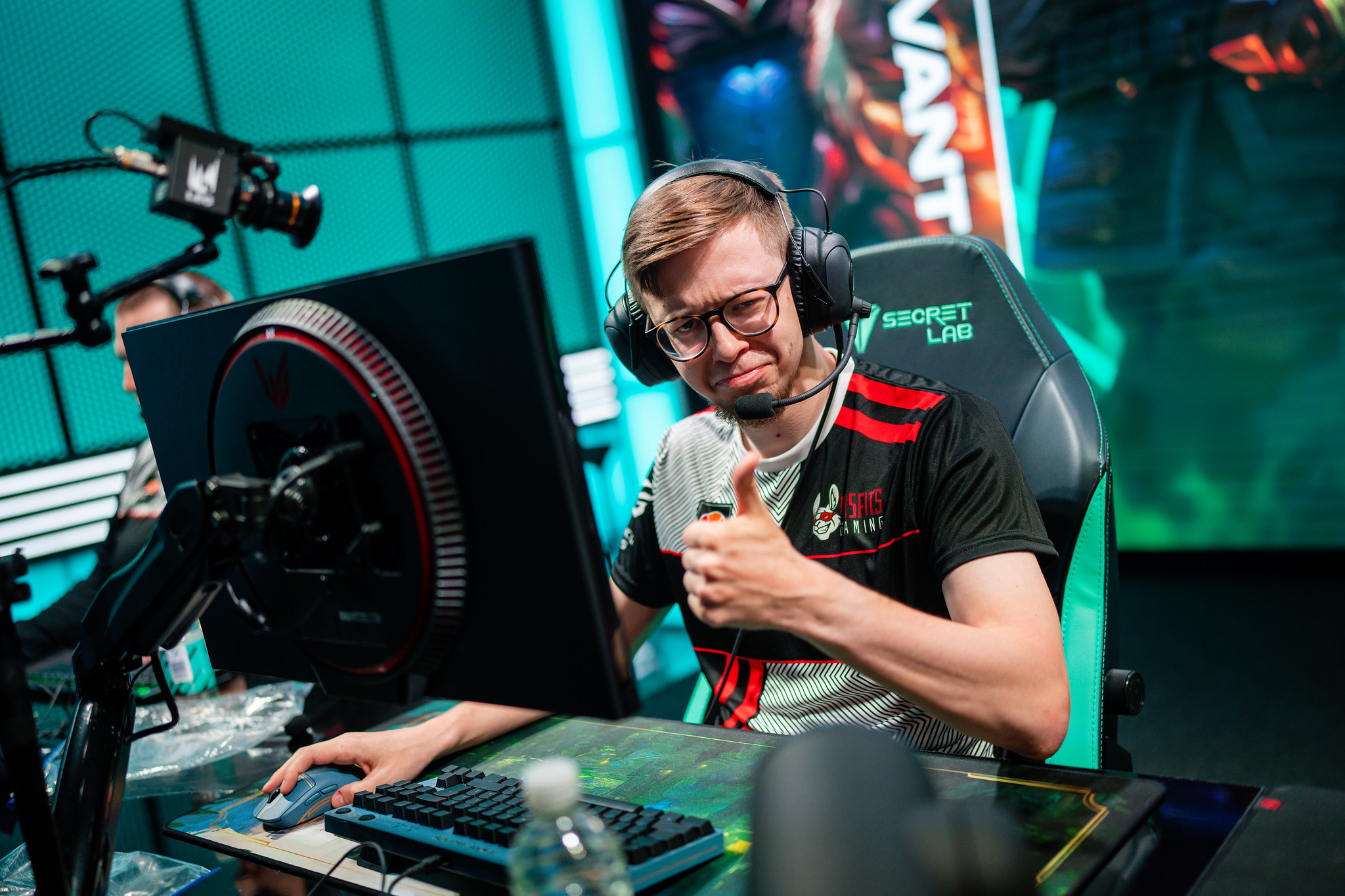 The last dance: Misfits could qualify for Worlds during the superweek

Misfits Gaming is on the verge of securing playoffs and could even punch its ticket to Worlds before the playoffs even start. Despite their heavy underdog status, Misfits is making noise in their final run as a League of Legends European Championship (LEC) franchise.

With three games to go in the 2022 Summer regular season, Misfits is sitting in a four-way tie for second place with a 9-6 record. According to LEC’s calculations, Misfits have a very high 92.7% chance of securing playoffs.

Misfits came into the 2022 LEC Summer split with limited expectations despite their fourth-place finish in the spring split, which many saw as an overachievement.

The expectations completely crumbled after the team opened the split with four straight losses. Vincent “Vetheo” Berrié was a shell of his Spring split self, and their new rookie top laner Joel “Irrelevant” Miro Scharoll lived up to his nickname early.

However, after the Week 2 break, Misfits turned their season around, winning nine out of their next eleven matches. Gone was their lethargic play: Vetheo’s excellent form returned, Neon is leading the league in KDA, and Irrelevant became relevant—”Ir” removed.

Since Misfits agreed on the sale of their LEC spot to Spanish organization Team Heretics, the team has won four games in a row and counting. Coincidentally, they promoted the experienced jungler Nikolay “Zanzarah” Akatov to the main roster ahead of that run.

Misfits look completely revitalized as they beat favored MAD Lions, Rogue, and Vitality in the past two weeks to push themselves within one win from first place.

Their players, not even knowing if they will be in the LEC next season, are playing their hearts out. Instead of a mental collapse, they are fighting for a World Championship spot. Alongside the players, we also must give credit to Misfits’ coaching staff, led by Head Coach Alexander “Carter” Cartwright, for doing a fantastic job.

What are the odds of Misfits securing Worlds after superweek?

LEC Summer split playoff seeding works a bit differently than most other regions. The teams that qualify for playoffs by reaching the top 6 in the regular split are then seeded by the total of Championship points they acquired through the entire year.

In addition, the LEC received a fourth seed for the 2022 World Championship. As such, whoever finishes first on Championship points at the end of the superweek guarantees at least a ticket to the Worlds Play-Ins as they cannot rank below fourth in the playoffs.

Misfits are already “one foot in playoffs,” adding onto the 30 Championship points for finishing fourth in Spring.

Depending on their performance in the superweek, and a few other results going their way, Misfits have 4.25% of finishing first in Championship Points going into playoffs and securing their second Worlds in their history.

All scenarios that see them securing Worlds require them to win the regular split, as well as G2 Esports not finishing higher than fourth, and Rogue being third at best.

The LEC playoff race is as tight as ever, and we are looking into an extremely juicy and exciting superweek. Misfits will face BDS, G2, and Fnatic, as they have their eyes on closing their League of Legends story with a banger. In all of them, they must beat G2.