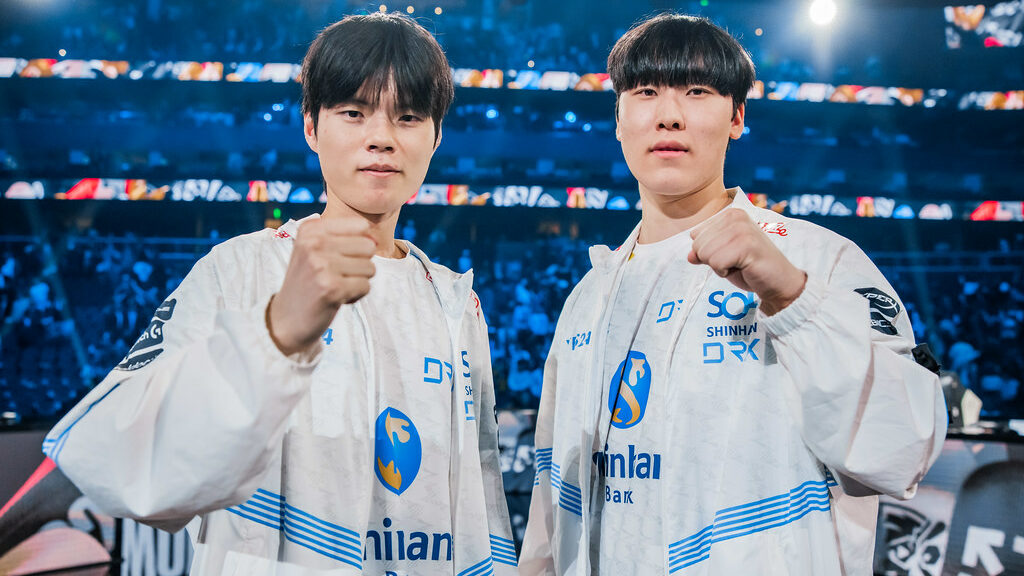 Nine years after starting his professional career, Kim “Deft” Hyuk-kyu will play his first-ever Worlds final; his “Last Dance” continues after DRX beat Gen.G in the semifinals, and only T1 stands in his way.

Before the start of Worlds 2022, nobody would have even thought of DRX making the Worlds 2022 finals. However, expectations were defied multiple times and the team is only a single bo5 away from being crowned as a World champion.

DRX had never beaten Gen.G this season. Prior to the series, the team had a 0-13 record against the LCK champions and the majority of fans were anticipating a fast 3-0. Some were saying that DRX could take at least a game from Gen.G, but not many believed in their success.

Here we are now with DRX overcoming their demons and eliminating the favorites for the trophy. It’s as if we are in a movie and Deft is the main protagonist.

Despite Gen.G being considered as the strongest team from South Korea, it’s T1 who scaled throughout Worlds 2022. With their recent performances, they look unbeatable, but we’ve heard this one before.

Once again, DRX will be heading into a series considered as an underdog, but this time in the Worlds finals. However, this doesn’t bother Deft and company at all as they’ve been able to overcome every single challenge so far.

DRX were barely able to even make it to Worlds. The team had a 6th place regular season finish and had to make a miracle run throughout the Regional finals to make it to Worlds. It seems that they brought that miracle with them to North America and only time will tell if the ultimate underdog story will be completed.
Deft vs. Faker in a Worlds final will be a clash for the history books of esports. One on a mission to complete his legacy, and the other on a mission to reclaim his throne.