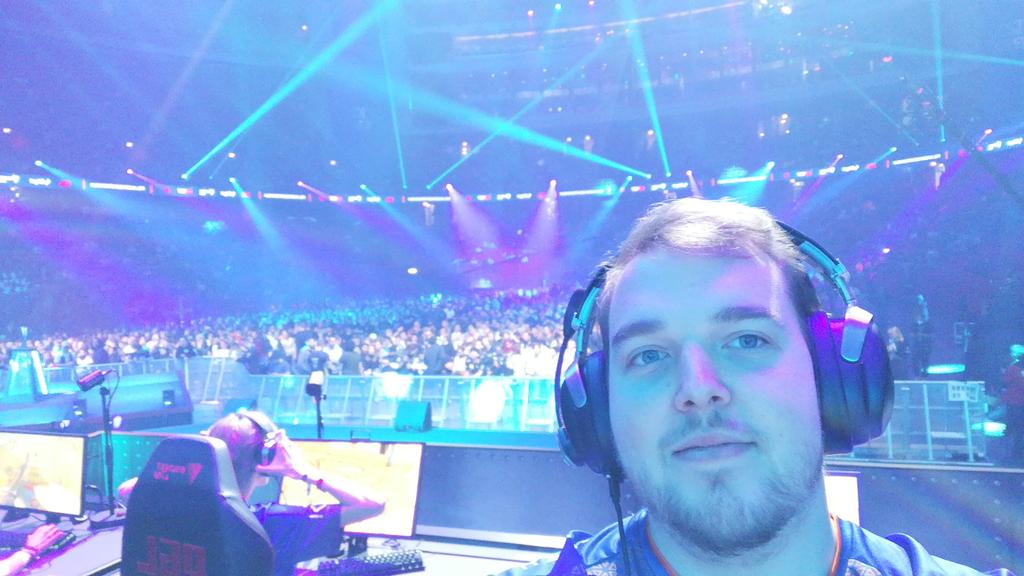 The brains of the operation

“We can create championship caliber teams” Vorborg on the EG project

It’s no secret that Evil Geniuses have been plagued with structural issues, failed roster moves and underperformance for quite a while – and as such, a complete restructure was needed.

While it’d be easy to point to the massive overhaul of players that has occurred, including the addition of two new male teams and a new female team to the portfolio of Evil Geniuses, there’s potentially a bigger addition.

What is the fastest car in the world, without a driver?

“In EG I have a much more narrow focus, where my “only” job is to create a successful CS:GO team,” says Daniel Vorborg, the man tasked with building NA’s newest juggernaut. Signed from Copenhagen Flames, where his role involved “covering basically all areas of the business”, he now has a scarier, but more focused, job.

“I had a lot of long conversations with several people in EG, before I decided that this was the right opportunity for me.

“One of the things that were very important to me, was that the project should have a long-term focus. EG has been great at not putting the pressure of previous rosters results on our shoulders, and they acknowledge that this is a new project, and to do things the right way takes time.”

Vorborg is under no illusions of the task at hand, and is aware that it’ll take time to get everything right.

“For me, the short term goals are finding the best way to take advantage of us having several competitive players, in both practice and what events each group of players attends.

“The roster we fielded for BLAST, and myself included, is back in North America now for the first time since neaLaN and I joined Evil Geniuses, and HexT joined this set of players, so I’m looking forward to practicing internally with our own squad.”

Of course, as with any team, the aims are high – with Vorborg reminding us that the long term goal is “that through the Blueprint project, we can create championship caliber teams through insightful development, using both our trusted coaching staff but also our leading data and analytics teams”.

Daniel also shared some insight on why the so-called Blueprint project – the giant roster – was formed.

“With Blueprint, we have the advantage of setting up practice as we see fit – whereas other teams only play practice games against rival teams. Sometimes you want to practice something very specific, like playing against an aggressive CT side as an example. The issue is if the opponents you are playing against are not being aggressive, you are not practicing what you actually need to practice to improve.

“But with our internal setup, we control the setting and can practice what is most pressing. Blueprint also provides more resources for our coaching staff, like access to practice videos and the ability to get more insight on our players, like how they communicate and what is their work ethic.”

He also mentioned that the promotion of HexT is not just a short term fix, but a long term idea for the project. This is the end goal.

“Our goal is to always field the best possible team at the biggest competitions. Ideally, that will mean promoting players from within our existing roster to compete in those events. That may not always be the case but that’s definitely our plan as the players continue to develop together.”

Vorborg aims to use the knowledge he gained from his remarkably successful CPH Flames project, and put those learning into practice with EG.

“I think on top of that, what I’m the most proud of achieving with the last Copenhagen Flames roster, is that we created a unit that was incredibly cohesive. We were very direct in communication with each other, while being respectful, and very much so on the same page both with topics on and off the server.
So I’m expecting with a little time, I’ll create a team here at EG, where we are all constantly pulling in the same direction.”

We’re sure the words ‘cohesive’ and ‘direct in communication’ are music to the ears of many an NA fan after the Stewie2k debacle of the last roster.

Whether or not the project will ultimately be a success is yet to be seen, but it’s a massive undertaking for someone like Vorborg – but he proved his worth at the Flames and will now have a chance to show what he can do again.

Whether or not EG will work out, I can't help but wish the best for Vorborg. A man with an impossible job!