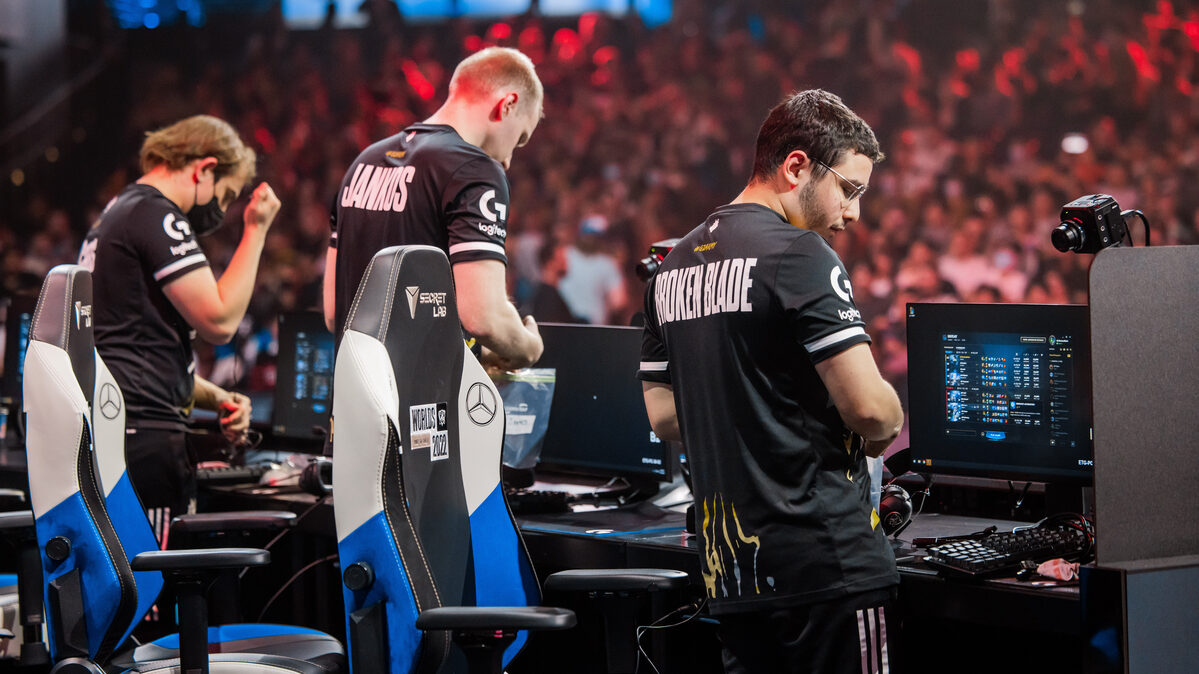 Rogue remains as the last hope of Europe

The gap is too big: G2 Esports & Evil Geniuses eliminated from Worlds 2022

G2 Esports and Evil Geniuses have been eliminated from Worlds 2022. Following a tough second week, both teams will be going home after a disappointing Group stage participation. While there were glimpses of hope at the start of the Group stage, the western teams were nowhere close to their LPL & LCK opponents.

Since the LEC finals in Malmö, G2 have been looking differently. They seem to have lost their confidence and this Worlds 2022 run has been a disaster. The team was disjointed and couldn’t show their real potential. It was the complete opposite of their 2022 spring split form.

The loss also marks an end of an era. Both Marcin “Jankos” Jankowski and Rasmus “caPs” Winther never failed to get out of the Group stage at a Worlds competition. Moreover, Jankos never achieved anything less than a semifinal.

However, this streak is now over. Both players were eliminated during the Group stage and Worlds 2022 will be marked as their most disappointing tournament up to date. With a 1-5 record, G2 Esports have matched their worst Worlds achievement, which was in 2016.

Evil Geniuses gave us a Deja Vu. Similarly to Group A’s outcome, North America started the day with a win over Europe, in an attempt to boost their chances of qualification. However, the hopes vanished after they met the likes of JD Gaming and DWG KIA.

The small wins count and North America was at least successful in messing up Europe’s plans again. The dreams of 0-18 were crushed halfway through and Evil Geniuses’ finished the season with a 1-5 record at the Worlds 2022 Group stage.

Another streak ended today as Kacper “Inspired” Słoma won against Jankos. So far, Inspired was 0-17 against G2’s jungler in bo1’s and at last, the “curse” is over. Let it be known that no one beats Inspired 18 times in a row.