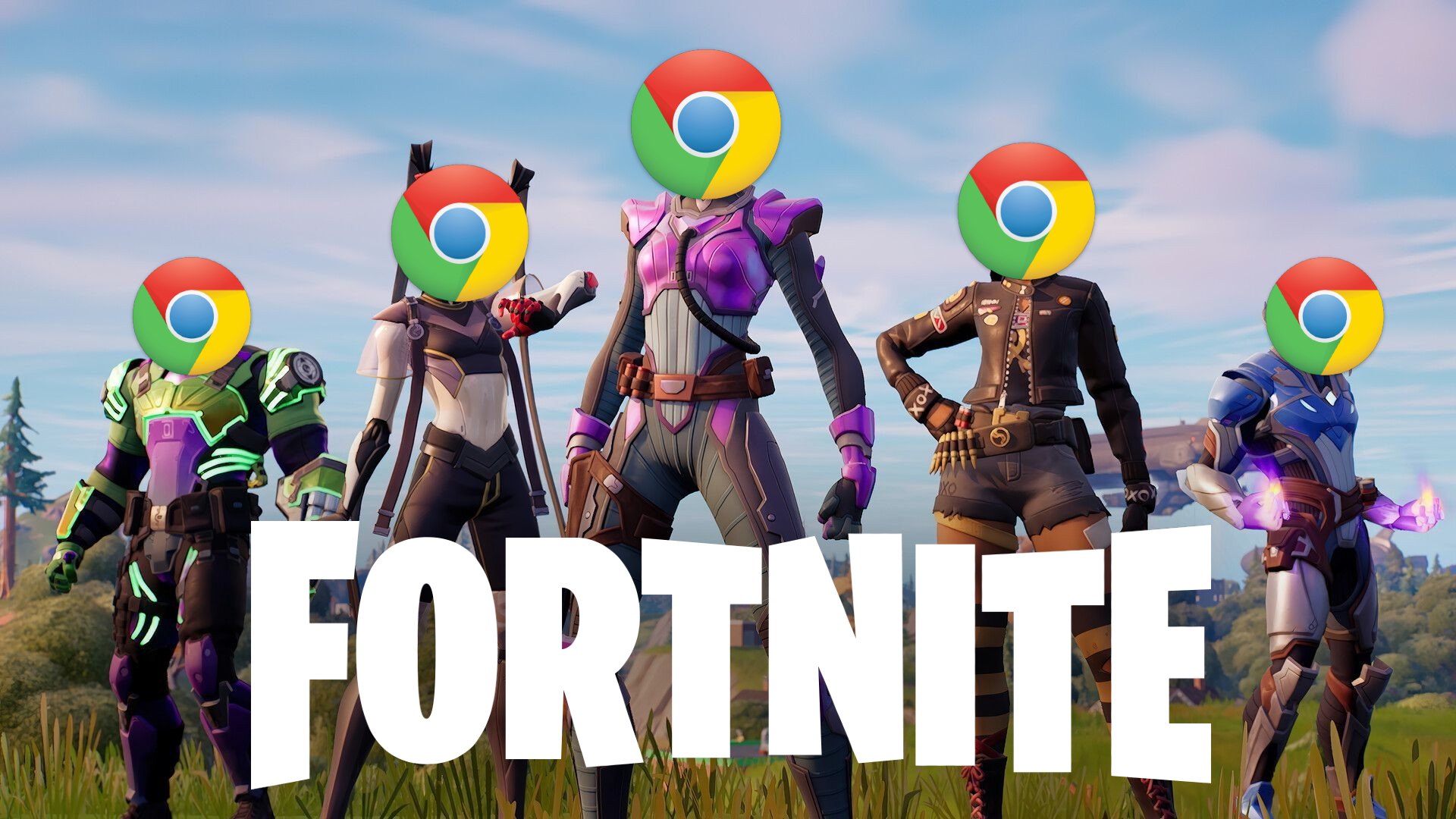 The next Fortnite crossover is… Google Chrome?

After some cryptic tweets, it seems like Fortnite and Google Chrome will be teaming up for a potential crossover – which is a strange thing to say.

Fortnite crossovers are a dime a dozen. It seems like each week brings a new one – we’ve had Wu-Tang, Dragon Ball, Destiny, and many more properties come to Fortnite in recent months. Why not an internet browser?

At least, that’s what the folks at Twitter thought. See, Fortnite was teasing Chapter 3 Season 4: Chrome.

As you can see – along with the rest of the internet – the capitalized letters in these tweets spell “CHROME.”

When the topic began trending, Twitter could only think of Google Chrome – which is fair enough, in my opinion.

Fortnite has had some out-there crossovers before, but this would be a whole new level of obscure; partnering with an internet browser that’s notoriously RAM intensive and is one of the worst to use while gaming.

We’ve since gotten a teaser image along with the new slogan for Chapter 3 Season 4.

At this point, I’ve completely lost track of the Fortnite storyline. I used to be glued to each teaser, wondering what magic awaits in the next chapter of the cryptic Fortnite universe.

Now, I just play the game. The lore seems to have hit some dead ends.

Either way, Fortnite Chapter 3 Season 4 releases on September 18. See you then.

I'm not gonna lie, I saw this on my feed and genuinely thought that Fortnite was doing a crossover with Google Chrome so... it got me too.